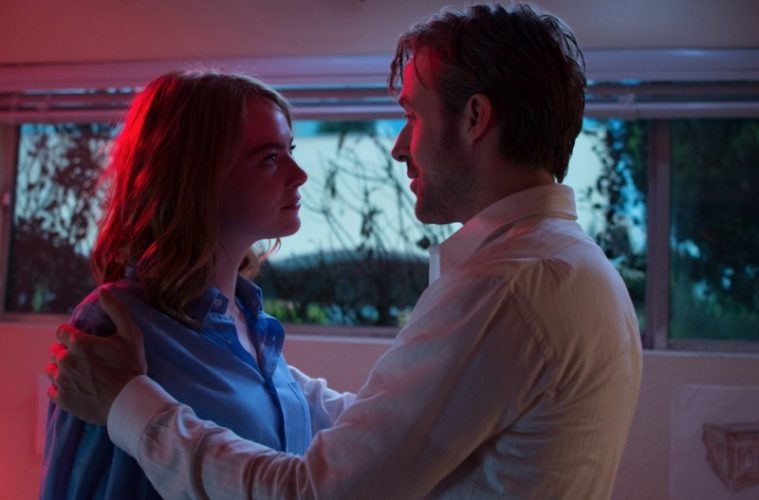 Ryan Gosling and Emma Stone are Today’s Bogart and Bacall, According to Damien Chazelle

“Damien Chazelle‘s vibrant ode to musicals past, featuring the unstoppable chemistry between stars Ryan Gosling and Emma Stone, was a shining light for many at the end of a hard year,” we said when we named it one of the best films of 2016. “Exploring the hardships of a creative life, both in paying the bills and fueling the passion, Chazelle pulls from classics (New York, New York comes to mind), while playing with the cynicism of the now. Jazz is dying, film is dying, but, by God, there will be dancing. There will be singing. And there will be wonderfully lensed romantic kisses to composed crescendoes. Maybe we will be all right.”

With the film now arriving on Blu-ray and DVD, we’re pleased to debut an exclusive excerpt from a bonus feature in which Chazelle and company reflect on the chemistry of Gosling and Stone. The director even goes as far to call the duo the closest thing we have today to Humphrey Bogart and Lauren Bacall. Check out the exclusive clip below, along with our discussion on The Film Stage Show, in case you missed it.

La La Land is more than the most acclaimed movie of the year — it’s a cinematic treasure for the ages that you’ll fall in love with again and again. Emma Stone and Ryan Gosling star as Mia and Sebastian, an actress and a jazz musician pursuing their Hollywood dreams — and finding each other — in a vibrant celebration of hope, dreams and love.