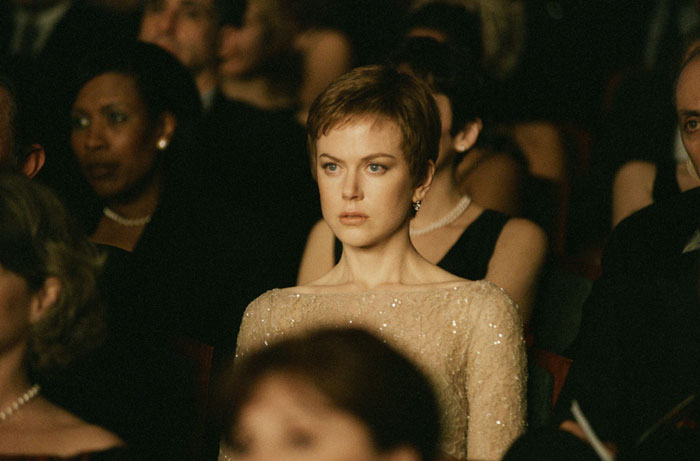 Spike Lee writes an open letter to A.O. Scott regarding his NY Times article on the gentrification of Brooklyn:

Dear Mr. A.O. Scott, I have chosen the platform of my Social Media to respond to you. I do not want the New York Times editing, rearranging my words, thoughts or even ignoring a letter to you. I’m writing what I feel and there is no need for somebody else at The New York Times to interpret it.

The Truth is The Truth. The Truth is The Light, and as they say in Brasil “One Finger Can’t Block The Sun.” The Truth is Gentrification is Great for the New Arrivals in Harlem, South Bronx, Bushwick, Red Hook, Bed-Stuy Do or Die and Fort Greene, and in many other cities across the U.S. But not so great for The Brown and Black Residents who have been in these Neighborhoods for decades and are being forced out, to the Suburbs, Down South or back to their Native Islands.

At Vulture, Bilge Ebiri reflects on The Matrix on its 15th anniversary:

In the early months of 1999, Americans were met with something strange and intriguing: the first trailers for a mysterious new film called The Matrix. They offered a series of haunting images: people leaping across skyscrapers; a woman suspended in air, mid-kick, while a camera swirled around her; and — perhaps most notable — Keanu Reeves leaning back at an impossible angle, dodging bullets in slow-motion. As Reeves himself said, “Whoa.”

Kevin B. Lee‘s video on Roger Ebert‘s review of Werner Herzog‘s Aguirre, the Wrath of God, one of his top 10 films of all-time:

Ahead of Under the Skin, Ryan Lattanzio looks at Jonathan Glazer‘s “masterpiece” Birth for Thompson on Hollywood:

Ten years after premiering at the Venice Film Festival in 2004, Jonathan Glazer‘s Birth remains as powerfully mysterious as ever. Though more formally exact than his wildly experimental Under the Skin, his first film since Birth, the arch, almost suffocatingly highbrow drama takes just as many risks in telling the tale of a woman who opens her door to a boy who says he’s her dead husband reborn. Initial reviews, while warm to Nicole Kidman‘s chilly performance as Anna, were acrid. But after ten years in cult movie gestation, and with Under the Skin out this Friday, it’s time to dust off Birth for careful, critical reconsideration.

Matt Singer breaks down the detriment of set photos at The Dissolve:

Avengers: Age Of Ultron doesn’t come out until May 1, 2015, but I’ve already seen its Avengers. I know what the new members—Scarlet Witch and Quicksilver—are going to look like. And I’ve even seen Iron Man’s new armor—at least from the waist up. (From the waist down, Tony Stark appears to be wearing sweatpants.) That’s because some enterprising photographer took photos from the set, and Getty Images published them. From there, they appeared on basically every film blog on the Internet.