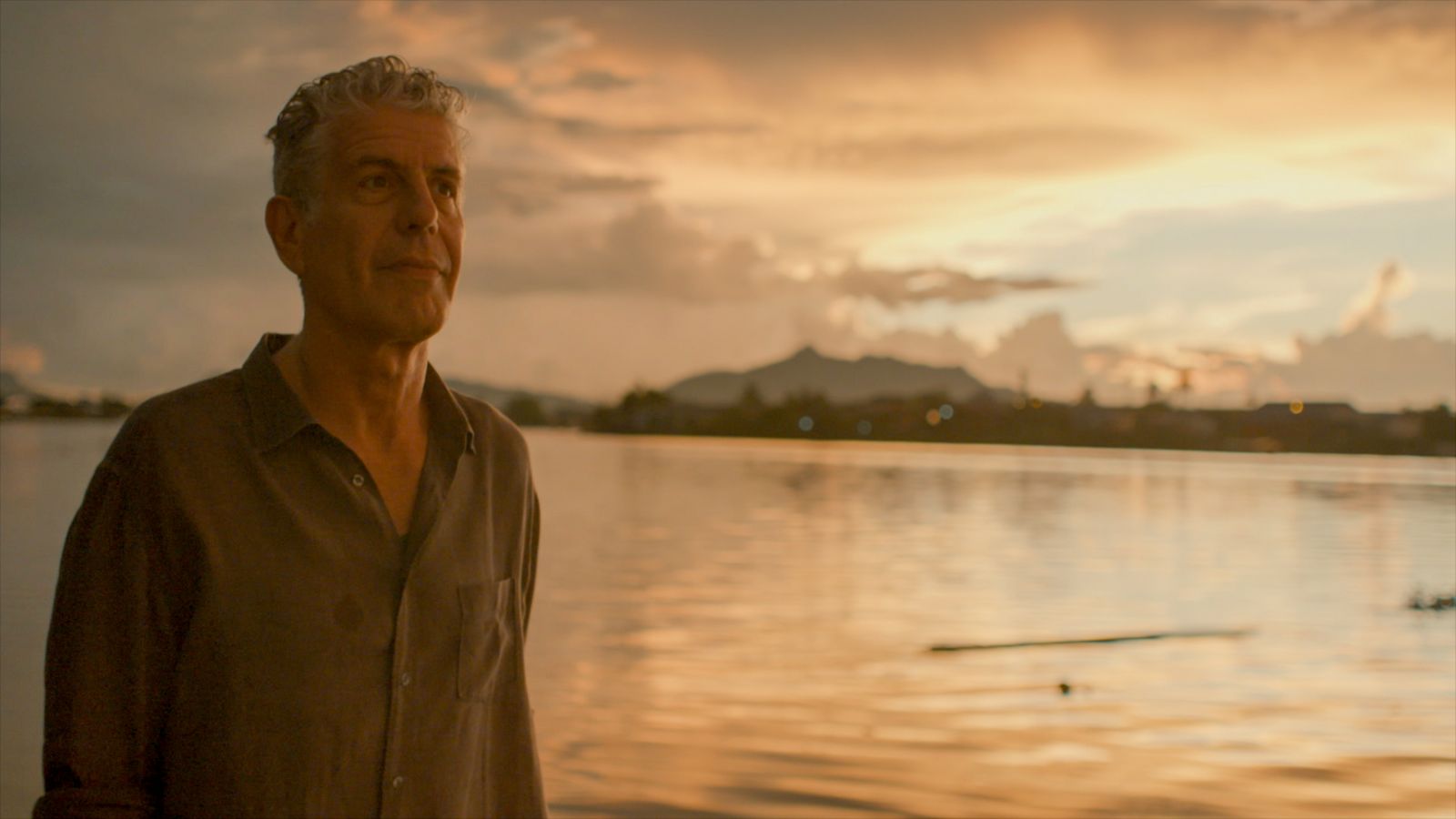 Anthony Bourdain took his own life. It’s common knowledge. It’s not the most defining facet of his legacy, but he knew his death would be of interest. He talked about it often and joked about it just as much, posing an ironic sense of confrontation that leaned more toward the what than the why. And while his passing isn’t the whole truth, Morgan Neville’s documentary immediately focuses on it. It opens the film; it holds over a nearly two-hour runtime, anticipating to bookend the story. Roadrunner: A Film About Anthony Bourdain is, like its subject, not too focused on the why. What happened happened; what matters is how it felt.

With that, the film borders on absurdist, in the philosophical sense of the word. Moments of Bourdain’s life, often those of great impact, simply occur. They happen because he started a low-paying job, because one thing led to another. The world was in front of him, and his life was in front of the camera. He challenged himself in order to grow; he distracted himself lest he start sinking. Eileen Meyer and Aaron Wickenden edit sequences together with tendons rather than connective tissue, and while Roadrunner doesn’t give a sense of order, that’s okay. What it captures is that feeling of the gearshift sliding into neutral, the point later on when openness and acquiescence bleed into one.

It’s quite jarring at first. The tone in which friends, family, and contemporaries discuss his suicide is frank, even accusatory. They speak about his life calmly, praising him as a person without building him up. The picture itself, meanwhile, speaks of Bourdain’s love of film as an illusion, using clips from 8½ and The Seventh Seal in ways that almost feel like a put-on. There’s often a lack of narrative purpose, and refreshingly so. It follows whatever catches its eye. It, much like Bourdain, is zealous in collecting the excess of surrounding information.

Some of it sticks. Some of it falls off to make way for fresher challenges, for more challenging stimuli. It’s choppy and uneven and quick and lax, reconstructing and following Bourdain’s life in real time. Suddenly, the energy at hand hinges on people. Suddenly, Bourdain is a father despite voicing his disinterest in being one in what felt like seconds ago. The focal point doesn’t shift, but the light around the edges does, the sense of time and lack of place dilating themselves to bring more people into the fold.

There are family members, friends, and strangers. There are people across the world Bourdain meets while filming Parts Unknown, all of whom are worthy of the same treatment and approach. The social interactions are refreshing at some points, daunting at others, and the mutual interests remain things to cherish. Yet the possibilities of the world shrink. There are fewer pieces and people to engage with authentically, and time, inconsistent as it is, gets slower. There’s less onscreen except for Bourdain’s myriad attempts to learn something or distract himself. Solitude takes over.

The adventure begins to taper off and, like a cruel joke, the documentary reveals itself to be bare. The wanderlust, the impressionistic editing, the needle drops—they erode to show little more than a single person. Roadrunner is a fundamentally empty movie in a way that supports its own purpose. The world is window dressing. It’s preoccupying but nothing resembling a cure and its people, all the while, are flashes in the pan.

With that, the implications are pretty clear. Focusing on, or even overinflating the purpose of, why any of this happened would be deceitful. Aside from its myopia in exploring Bourdain’s relationship with Asia Argento later on, Roadrunner is earnest because it feels incomplete. It even could have gone to feel more incomplete at times (one four-minute scene features the Hereditary score to massively distracting effect). Perhaps Neville hasn’t crafted a documentary that’s all the way there, and maybe that’s okay.

Roadrunner: A Film About Anthony Bourdain opens in theaters on July 16.