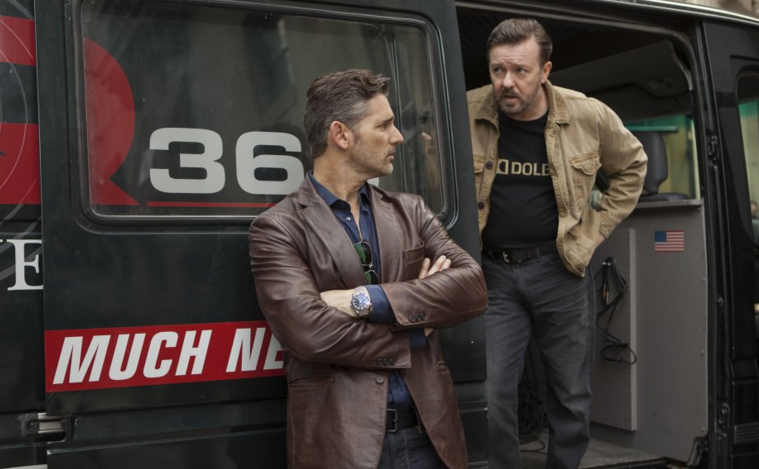 If there was any question of Netflix’s increasing reign in the current media landscape, a few new developments will surely sway you to one side. They recently ponied up over $90 million to fund the David Ayer-directed, Will Smith and Joel Edgerton-led sci-fi cop thriller Bright, and just last night they acquired Cary Fukunaga‘s next project,  the 10-episode series Maniac starring Emma Stone and Jonah Hill, who have certainly come along way since Superbad. With the Beasts of No Nation director helming every episode, it’ll follow the story of a mental patient who lives in a fantasy world.

Before those two projects, they’ll debut the latest film from Ricky Gervais, Special Correspondents. Directing, writing, and starring in the feature, he joins Erica Bana as the two team as a struggling radio journalist and hapless technician who fake frontline war reports from a NYC hideout. Coming to Netflix on April 29th, check out the entertaining trailer and poster below for the film also starring Vera Farmiga, Kelly Macdonald, America Ferrera, Benjamin Bratt, and Kevin Pollak.