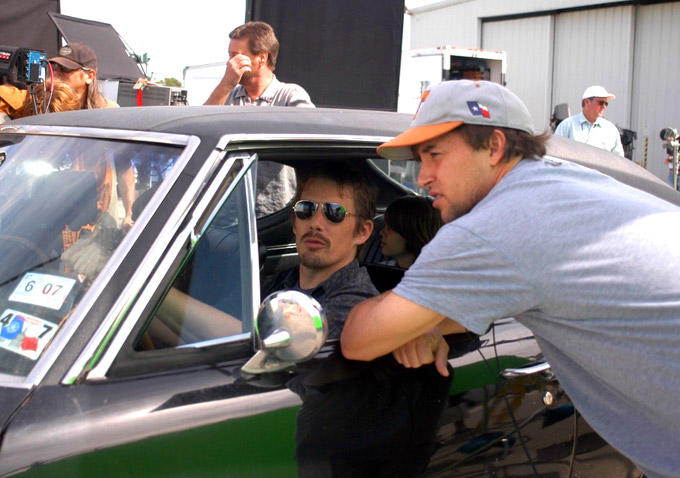 In 2008, Richard Linklater — the celebrated filmmaker behind Dazed and Confused, the Before trilogy, and Waking Life — sat down with Fox Searchlight for a 40-minute lecture about filmmaking. “I’ve never had a bad creative experience,” Linklater reveals. His body of work has evolved through a myriad of genres and styles since his iconoclastic debut, Slacker, but the filmmaker is entering the most critically celebrated portion of his career only now. While this interview pre-dates both Before Midnight and the upcoming Boyhood, the techniques Linklater draws upon herein may offer some insight into this dynamic set of films.

Linklater speaks at length about the importance of rehearsing the script; prior to filming, he and his actors sit down for three weeks to refine and work through the written word. Beyond establishing the complex character relationships at the core of his films, these rehearsals are essentially free time to prepare without inflating the budget further. It’s easy to see how Linklater’s extended dialogue with actors could sustain filming on Boyhood through the years. Elaborating on the topic of directing, Linklater discusses the differences between the independent film world and his studio films, as well as Slacker’s ascent into the cultural zeitgeist after its premiere at the Seattle International Film Festival.

For aspiring screenwriters, his words are equally informative. Although his films are often wordy ensemble pieces — a motif he credits to his “scattered thinking” — the writing of these films happens in confined stages. Linklater separates his characters, plot structure, and dialogue into distinct tasks — a process that has guided his solo endeavors and his collaborative work with Julie Delpy and Ethan Hawke on their Before trilogy. He, always something of an amiable philosopher, leaves aspiring filmmakers with these great words, “The films you make in your mind are the most important ones.”

Take a look below and prepare for Boyhood, which promises to be something special when it hits theaters July 11: