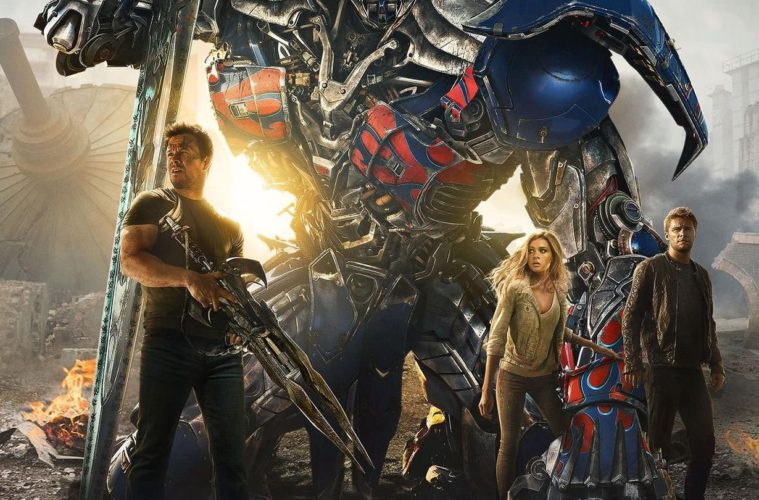 In Michael Bay’s latest blaring entry of the inexplicably popular Transformers series, Optimus Prime and his sentient, shape-shifting robotic cohorts find that the world at large has finally tired of their presence. Walking into the value-club sized Transformers: Age of Extinction, I found I could relate to that sentiment. If one adds the considerable length of this new film to the totals of the first three—allegedly forming one trilogy, as Extinction starts a second—you get a whopping 10-plus hours of giant robot destruction, and one suspects that might just be enough for anyone. Anyone, that is, who isn’t Michael Bay.

Bay, for better or worse, still seems enamored with his Autobot charges and their Decepticon adversaries, and why not? This series has allowed him enough stylistic latitude to indulge all of his zanier vanities in ways that a purely live-action film would have never supported. The intriguing element of the Hasbro toys back in the 80’s was that they were one thing masquerading as another, and amazingly, Bay did capture that dichotomy for a long stretch of the original film. As Sam Witwicky (Shia LeBeouf) discovered that his first car could not only talk, but transform into a several stories-high alien robot, the audience was drawn into a world full of hidden creatures fighting a war under our noses. Shortly thereafter—in the same movie, no less—Bay firmly blasted this potential out the window in favor of leering at Megan Fox and having Bumblebee urinate on John Turturro, but the semblance of an enjoyable franchise had been ignited. If all traces of that somewhat gentler approach to the material was obliterated via the hysterically idiotic sequels, Revenge of the Fallen and Dark of the Moon, this proposed reboot of the series shows no interest in recapturing it. Age of Extinction is easily the most relentless and indulgent of the films so far, from a visceral perspective. The only reason that attention-addled teens won’t grow disinterested is because the experience feels reminiscent of watching nearly three hours of car-crash videos and glossy commercials on YouTube. Of course, if you are a fan of the series, you already expected that, and really want to know if Extinction is going to give you a worthy follow-up in the department of ridiculously mounted apocalyptic action. In that case, your answer is a resounding “Hell, yes.”

Replacing Shia—who had gone from engaging goofball to Jerry Lewis-style spaz over the course of the series—with a still-ripped Mark Wahlberg, Age of Extinction jettisons all of the human characters and most of the robots from the last go-round in favor of a story that’s a bit darker, and a bit weirder too. In the wake of that harrowing battle in Chicago, Earth turned against the Transformers and now the robots — both Autobot and Decepticon — find themselves hunted down by the villainous Harold Attinger (Kelsey Grammer) and his government attack-dog Savoy (Titus Welliver). Attinger doesn’t just want to destroy the robots; he’s also handing them over to tech mogul Joshua Joyce (Stanley Tucci), who’s creating his own versions of the Transformers, using, among other things, pieces of Optimus’ old nemesis, Megatron. Allied with Attinger, for mysterious reasons of his own, is another Transformer called Lockdown (Mark Ryan, who was also Jetfire in Fallen), who seems to think of himself as a kind of Boba Fett-esque alien bounty hunter. Lockdown’s employers, it turns out, might be the intergalactic Creators who originally made the Transformers. Move over AllSpark and Matrix of Leadership, it’s time for Prometheus-esque macguffin, ‘The Seed.’ No, really. Wahlberg’s endearingly named Cade Yeager (is he a ball player, an astronaut, or a brewmaster?) discovers a hiding Optimus amidst a bunch of old junk while he’s renovating a dilapidated movie theater. It’s not long after that Cade, his teenage daughter Tessa (Nicola Peltz), her secret race-car driver boyfriend Shane (Jack Raynor), and Cade’s reluctant assistant Lucas (T.J. Miller) find themselves in the cross-fire of another alien war. This time, the skirmish is between a disillusioned and disgruntled Prime and his Autobots including John Goodman as a burly, bearded berserker named Hound and Ken Watanabe as a robotic Samurai– and Lockdown and an army of man-made Decepticons, highlighted by Galvatron. When the film transfers to China for some international appeal, there’s also an opportunity to pad out the new cast of Transformers with the fearsome Dinobots. Tucci’s scientist and his fierce female associate, played by Li Bingbing, add some comedy and charisma to the second half, and Tucci’s character is the only human with anything approaching a believable, developed arc.

In fact, Tucci is the only actor that really adds value to this otherwise mechanical toy spotlight; he’s as over-the-top as fellow thesps like Turtorro, John Malkovich and Frances McDormand, but he makes Joshua a rounded character who registers in the face of the overwhelming explosions. It’s nice to finally see someone actually engaging with and reacting to the premise of alien invaders who turn into cars. Wahlberg is a sensitive and engaging action hero, but he’s strictly in the mode of concerned, perplexed father and his lines and motivation seem ported over from Armageddon, which was released a little under two decades ago. Peltz, Miller and Raynor don’t get to do much but run and scream, and occassionally deliver one of those patently absurd hunks of dialogue that Ehren Krueger’s convoluted script has vomited up. I liked Grammer and Welliver as the villains, but they never get handed anything worthy of their scenery-chewing potential. For one of the first times in the franchise, the Transformers themselves actually take front-and-center as characters, and the movie explores their motivations and backstory a bit more. Peter Cullen’s Optimus Prime is a curious creation to be sure; in the first movie he was an uneasy mix of Abraham Lincoln, John Wayne, and a tractor trailer, the second a die-hard NeoCon warrior, and in the third, a flabbergasted chump who ended up cold-bloodedly shooting his mentor in the back of the head while he groveled in the rubble of Chicago. The fourth film follows this through-line and features an Optimus that has just plain had enough. He second-guesses his motivations in protecting the humans, and now, questions everything he thought he knew about Cybertron and his own origins. It’s silly, but it does give the big lug a little bit more character than he had before.

The other big improvement is in the way of character design, and the employment of ILM’s ridiculously good special effects, which now capture robot action that looks like knock-down drag-out prize fighting instead of hasty, hectic scenes where epileptic chimps throw gears and cogs towards the screen. In respect to the action scenes, this improves the geography and kinetic nature of the skirmishes, so that when a giant gravity-defying starship is sucking up everything sitting in the city, we get a clear view of the annihilation. Bay always excels in these areas, but he often gets little credit for them because of all the detritus he leaves floating in their wake. I’ve heard these movies called the death of cinema itself, but in their most ecstatic, visually immediate moments they seem intended to be, instead, a celebration of cinema’s most basic pursuits.When you see the kaiju-esque Dinobots stomping through Hong Kong or that insane opening that documents the extinction of the real dinosaurs, you begin to wonder if Bay, himself, might not have made a better silent-era filmmaker.

Like the last three entries, it’s when the talking begins that the mind starts numbing. I enjoyed the crazier, nuttier bits of the film—including a cliffhanger that actually looks to change up the series’ trajectory—and spent most of my time wishing that Bay would just drop the crass commercialism and embrace his B-movie side a bit more, that impulse that makes choices based of instinct or whimsy rather than the bottom line. I always imagined that someone like Joe Dante might have given us a perfectly charming, 90-minute version of Transformers for the big-screen. That ship sailed four movies ago, but somewhere inside Age of Extinction, there exists the schlocky promise of that kind of entertainment. So frustrating then, to have to sit through all the rest of it.