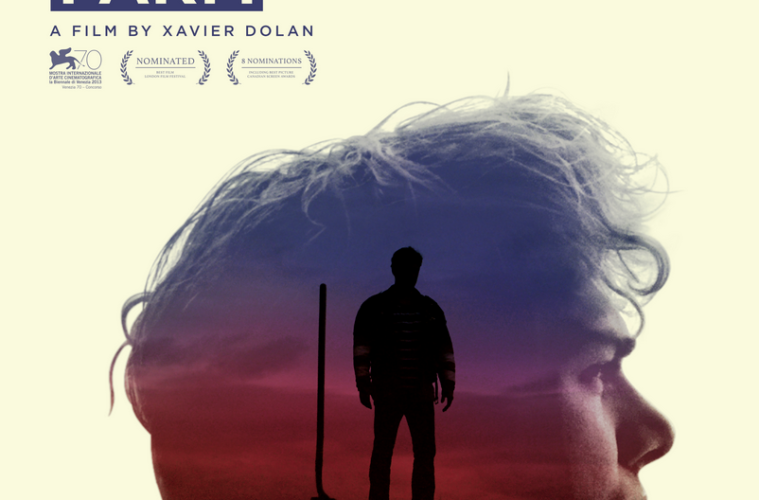 [Review] Tom at the Farm

He’s explored themes of love, matriarchal bonds, and just about everything in-between, and Xavier Dolan‘s fourth feature, Tom at the Farm, certainly doesn’t abandon those. What it does, rather, is view them through a vividly different lens. This drama, the first time he adapted another writer’s work, comes from Michel Marc Bouchard‘s play, and blends psychological-thriller elements with unexpected humor for a thoroughly unsettling plunge into a nightmare of fear and intolerance.

Following the death of his lover, Tom (played by Dolan, returning to leading-man work after skipping out of Laurence Anyways), ventures from Montreal to the Québécois countryside for the funeral. Tom’s connection with his late boyfriend, Guillaume (Caleb Landry Jones), is unknown to the deceased’s mother (Lise Roy), who is under the impression the two were only co-workers at an ad agency. When happening upon Tom, who lets himself into their house, she’s displeased that Guillaume’s (fabricated) girlfriend did not come to the funeral.

This long-running lie was put forth by Guillaume’s homophobic older brother, Francis (Pierre-Yves Cardinal), who knows the truth and intends to torment Tom during his stay. Much of the film’s unsettling drama (and intermittent humor) surrounds this intolerance — from a late-night bedroom assault to a bathroom-stall attack during the funeral, to name a few — as Tom tries to survive under Francis’ dominance.

It’s presented as a peculiar, occasionally campy struggle, one that, despite being perhaps a few steps out of reality, is fully enveloped in Dolan’s specific world, helped by his commitment on a technical side. In playing with aspect ratios — something he went to the detrimental extreme with on his follow-up, Mommy, there utilizing the 1:1 format — he and cinematographer André Turpin break from the standard 1.85 ratio and go to a wider 2.35 scale during moments of claustrophobic intensity as Tom’s hunted by Francis. One of the most impressive sequences provides a bird’s-eye view of Tom returning to the farm, for the first time asserting his power and vividly switching the tone.

While it initially seems that some characters aren’t as fleshed-out as one might hope, Tom and Francis’ warring viewpoints eventually blossom; the latter’s insular bigotry forms a dismal loneliness, while the numerous close-ups on the former draw us into his growing paranoia over lurking threats. Contributing to the heightened psychological sparring is Gabriel Yared‘s string-heavy score and a few provided pop songs, both of which do wonders to immerse us into Dolan’s singular world.

Whether it’s an intensely humorous table conversation in which Tom lays out his relationship under a certain guise or the magnificent, integral dance number in a barn, Dolan has crafted an acutely engineered film with complex emotions. With an ending that’s capped off perfectly by Rufus Wainwright‘s “Going to a Town,” this credits sequence provides one of the few moments of genuine reflection. In this release from the tangled strands of fear-soaked tension, one will come to realize this tonal “departure” for Dolan is one he’ll hopefully revisit.

Tom at the Farm will be released in theaters and on VOD on Friday, August 14.