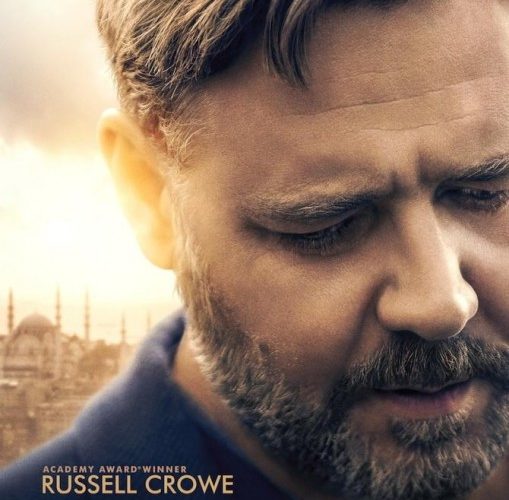 With his directorial debut The Water Diviner, Russell Crowe already aligns himself with the Ben Affleck ideology of acting-directing. The ideas are the same here as with Affleck’s The Town, or parts of his preceding, Academy-dazzling Argo: when directing, shuffle around between a moral dilemma, comic relief, precise historical context, and broad melodrama. When acting, embrace the roots of your on-screen machismo, while even redeeming the accent you’ve left behind for numerous Hollywood productions.

In hopes of applying these methods to make a hit WWI drama, Crowe takes an instrumental grasp on emotional filmmaking, but not an expressive one. The Water Diviner is for the tiresome cynics who think that many films aren’t about anything anymore, and would rather a film be definitively about something, than any good overall.

Crowe’s strategy to immediately be taken seriously as an actor-director is to blanket the audience in grimness. The Water Diviner is somber from the get-go, as it features the battle of Gallipoli, the reveal that his character Joshua Connor’s sons were all lost in that very war, and the sudden suicide of his wife, who busted his chops about “losing” their boys before drowning herself in a lake. Aside from a wordless scene in which Joshua does his title water hunting (with a cute dog as comic relief/sidekick), the movie peddles in panoramic pity that features Crowe contemplating many a sad thing, which is his way of shining that “Best Actor” Oscar cred in the audience’s face. Crowe has the sturdiness to sell a few of these expressive shots, but as the film continues, it proves to not be enough.

With this tonal context in place, The Water Diviner then becomes an international adventure of an impossible search, in which Joshua decides to retrieve the remnants of his missing sons from Gallipoli’s dirt mounds, and bury them in Australia. In his narratively simple journey of even less complex characters, Joshua travels to Istanbul, where he witnesses the city’s post-war environment. He stays at a hotel run by widow Ayshe (Olga Kurylenko, who later becomes a love interest) and her son Orhan (Dylan Georgiades, taking place of the dog from act one), who doesn’t know that his father is dead. Meanwhile, the streets are often filled with Turkish men protesting the manner in which Europe is carving up the Ottoman Empire.

Crowe’s narrative reaches its most nourishing landmark when Joshua journeys to the graves of Gallipoli, and witnesses the bizarre image of former enemies digging up their lost brethren together.  It’s an inherently complicated, poetic setting that could work in a separate film by a more dramatically confident director; for Crowe, it’s an excuse for to use violent flashbacks, to speak about the brutality of war while dousing itself in it. Shame, as it also provides two curious performances, from Jai Courtney’s Lt. Colonel Hughes and Yilmaz Erdogan’s Major Hasan, who later becomes an unexpected ally for Joshua’s tedious quest.

A macho melodrama, The Water Diviner lacks any magic with its characters. From Kurylenko’s housewife/inevitable love interest to the soldiers cleaning up Gallipoli, Crowe’s characters do not evolve past archetype. Despite the tension that is clearly within them (as per their post-war environment), these fictional beings are categorized as good or evil, and become primary devices to his intent of making a historical crowd-pleaser. As a result, the script’s center dilemma of Gallipoli as conflicted graveyard becomes superficial, and the idea of Joshua later working with a man who once might have killed his son is inhumanly simplified.

In a similar vacancy of grace, The Water Diviner is a counter-productively brutish anti-war movie, where violence is deemed cruel only after a battle’s adrenaline has passed. The film expresses pain with in-your-face bursts, such as a tightly-choreographed war flashback, or a train siege that rips up bodies, but has Joshua becoming a hero (wielding a cricket bat, nonetheless). In Crowe’s tactless presentation of violence’s horror, he bluntly forces viewers to look upon war-torn corpses, or listen to a gravely-wounded soldier moan himself to death.

The Water Diviner scooped up three Australian Academy Awards, but its appeal is undoubtedly international. The story is so elementary it immediately translates without even considering dialogue, and like many first-time directors, Crowe skims on the dialogue and speaks in plain emotions. In the process, his score becomes a greater indicator of what the audience should be feeling, which even drowns out a pivotal connecting conversation between Crowe and Kurylenko, indicating that he’s fine with presentations, not evidence. At the very least, Crowe could at least give his composers some screenwriting credits.

Crowe’s debut shows him handling a straightforward adventure narrative with a piece-by-piece mentality. He juggles elements of war, family, and comic relief instrumentally to assemble something that’s as accessible as it is dull, and is undone by moments that shows a lack of narrative perseverance (such as his glaringly green-screen climax, yikes). Nonetheless, Crowe’s application of the Affleck ideology (without any of the energy) makes for boring crowd-pleasing math, promising him a likely lucrative second career as a Hollywood director with a blunt vision.

The Water Diviner is now in theaters.