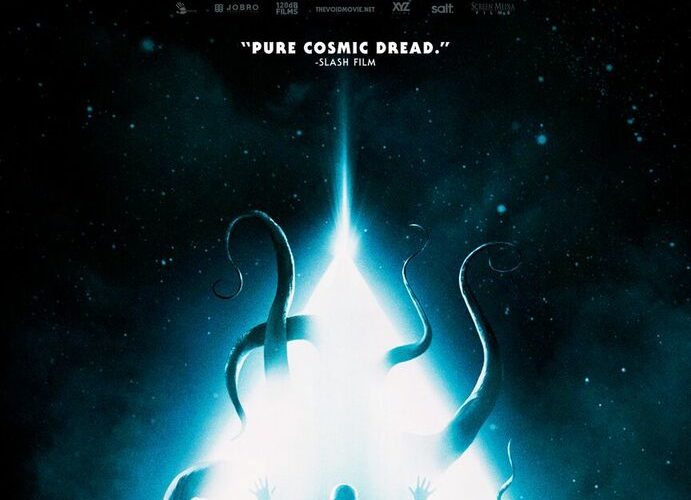 Review: ‘The Void’ is a Surreal Hybrid of ‘The Thing’ and ‘Hellraiser’

I was recently comparing directorial culture today with that of the 80s and 90s, referencing how new technology has allowed a disintegration of the old school “pay your dues” mentality. Forty years ago you had artists working their way up under the tutelage of established directors through the more niche technical departments. See James Cameron (matte painter on Escape from New York) and Joe Johnston (visual effects on Star Wars and Raiders of the Lost Ark) as examples. I’m not saying this type of mailroom intern to studio executive evolution isn’t still possible or relevant, just that young filmmakers can currently make a calling card film like the $750,000 budgeted Safety Not Guaranteed and find themselves helming a $150 million blockbuster like Jurassic World in only three years.

Is that talent? Luck? A bit of both, surely. But I still admire the idea of learning before jumping, earning the big opportunity rather than walking into it. That’s not to say Colin Trevorrow didn’t earn his spot or succeed. There’s just something inspiring about stunt guys like Chad Stahelski and David Leitch discovering what it took to operate in the system for years, making connections, and finding the confidence to realize their skill-set could help create something fresh enough to exceed non-existent expectations. There’s something about seeing a crew member generally kept in the background despite his/her integral role to the finished product rise up and place his/her vision on the screen without filter. These are the talents studios should feel comfortable with handing over the keys. So writer/directors Jeremy Gillespie and Steven Kostanski being an art director and make-up artist respectively got me excited for The Void because it meant they had the vision necessary to deliver something memorable without an extensive budget. They know what it takes to make something look good and being two-fifths of filmmaking collective Astron-6 also already have the experience of leading a set. But while their previous films (Manborg and Father’s Day) were comedic endeavors, this is a horror enterprise steeped in the practical effects and darkly fantastical mythologies of vintage John Carpenter and Clive Barker. They set-up a crowd-sourcing campaign not to propel production, but to finance pre-production and the creature effects they hoped to bring to life. These guys weren’t fooling around, and it shows.

I don’t use those horror legends lightly either as The Void proves very much inspired by The Thing and Hellraiser, a hybridization that should delight genre fans unsurprisingly tired with computer effects. Gillespie and Kostanski have created something big, started the ball rolling off-screen, and dropped us in with characters who cannot begin to understand the depths to what’s happening. We get hooded cult members in white with black triangles over their faces, a would-be victim pursued through the woods by two gun-toting men, and a hospital days away from being shuttered with a skeleton crew in the wrong place at the wrong time. Who are those strange figures? Why are good people suddenly cutting off their own faces? And what’s that slimy, tentacled thing feeding off flesh?

It’s a descent into hell for innocent bystanders simply trying to do right by their fellow man while the Devil’s minions gradually close in tighter to choke off every hospital exit except for the one hidden within. Police officer Daniel Carter (Aaron Poole) doesn’t want to be there at all (his estranged wife Allison played by Kathleen Munroe is one of two nurses still on staff with Kenneth Welsh‘s Dr. Richard Powell in a position to know what drove them apart), but it’s the closest ER to get the help a battered and scared James (Evan Stern) needs after spending the night crawling through trees. Troubled with personal anxieties, it doesn’t take long before Carter is forced to take charge and work for the survival of everyone inside.

The acting leaves something to be desired at times, but it never distracts from the roles each character must play within a plot proving most effective in what it leaves to interpretation and imagination rather than concrete explanation. There’s the strain between Carter and Allison, the professionalism of Powell opposite the inexperience of intern Kim (Ellen Wong), and the innocence of a young, pregnant Maggie (Grace Munro) sitting in the waiting room with her grandfather Ben (James Millington). James is but one wild card with the two men hunting him arriving shortly after (Daniel Fathers‘ Vincent and Mik Byskov‘s Simon) and a State Trooper in Mitchell (Art Hindle) who wants to shut down shenanigans as soon as he appears. Outside looms their anonymous terrorizers: silent specters wielding knives.

Survival is the only thing anyone has to worry about because the details of “Who?” and “Why” are inconsequential if everyone ends up dead by the end. Bodies come back to life, monsters escape corpses, and Gillespie and Kostanski wear inspirations on their sleeves with Lovecraftian creatures and internal biology lending the whole a gory, blood-spattered aesthetic that shows their Indiegogo money was well-spent. Paranoia and distrust set in as some choose to lead and others hide. Those infected by the chaos remain unknown until the last possible moment and themes of rebirth and immortality reveal themselves to be crucial to understanding motivations for the evil manifesting above ground. It’s a tense, claustrophobic thriller that morphs into a supernaturally pitch-black, surreal adventure of delusion, greed, and mystery. Everything looks fantastic from the slimy textures of scientific abominations to the terrifying lead villain’s cross between Tim Curry from Legend and the gothic vacuum of Hellraiser‘s Cenobites. Reality fades into memory as whatever evil is in the air permeates the fears and desires of those inhaling it. Triangles abound, light contrasts dark, and Silent Hill-esque beasties devoid of faces and mortality run amok. To give details beyond surfaces is to ruin the film’s many reveals. And even though none are especially shocking or twisty in nature, the slow progression from one to the next is calculated for optimum effect. All I will say is that I hope a Hellbound: Hellraiser II is on the horizon to provide context and expand on the mythology only introduced thus far.

Gillespie and Kostanski understand the aesthetics and also the myriad genres utilized. The single-location suspense and anticipation recalls Carpenter’s Assault on Precinct 13, the psychological duality of place and action allows everything to exist as metaphor and reality a la Nightmare on Elm Street, and the fantasy embraces Barker’s nightmares. All that era’s greats play a role in The Void‘s success, the way they’re brought together creating something unique enough to wholeheartedly praise. In contemporary terms it’s Spring meets Baskin. And while the film exists on its own as a depiction of grief’s unpredictable power dragging us down without hope for escape, it also serves as a gateway beyond symbolism or allegory into another world. Its style is audacious, its plot minimalist, and its future full of potential.