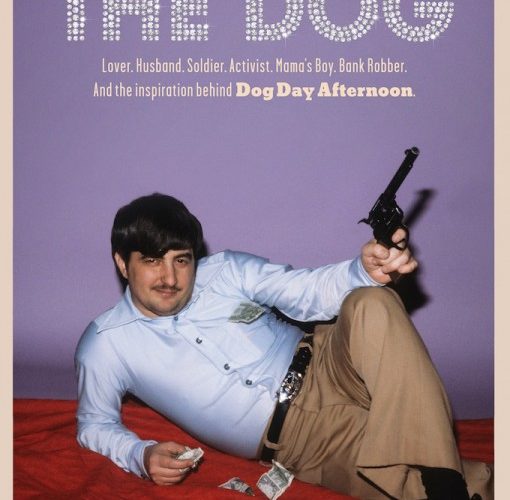 The Dog is a lively, epic documentary biography of John Wojtowicz, an anti-hero of sorts in New York’s gay rights movement. A later episode in his life would be immortalized in Sidney Lumet’s 1975 film Dog Day Afternoon and while that remains a masterpiece, The Dog, shot with Wojtowicz from 2002 till his death in 2006 is a complete biography, going beyond Lumet’s film and Pierre Huyghe’s 1999 installation The Third Memory. That project featured, like The Dog, a direct address by Wojitowicz walking us through the details that Hollywood, well, made more “Hollywood” in Dog Day.

Ten years in the making, The Dog, directed by Allison Berg and Frank Keraudren, mixes verite, talking head narration by Wojtowicz (whose health declines right before our eyes) and archival footage explaining his leap from a Brooklyn-based married father of two to a seminal figure in the gay rights movement. Early on Wojtowicz explains (in a series of profanities unfit for this family-friendly website) that he’s a sexual creature — think Jim Carrey in I Love You Phillip Morris. Leaving wife Carmen Bifulco for the 1970’s West Village lifestyle, Wojtowicz becomes a key figure at a seminal moment in the gay rights movement. He later revisits several key landmarks in his biography (including the site of the Stonewall Riots) with Berg and Keraudren. While separated from Bifulco he meets and falls in love with Ernest Aaron at a converted firehouse, which becomes a center for community action. It is Aaron’s later sex-change operation which inspires the infamous 1972 Chase Manhattan Bank Robbery at the center of Dog Day Afternoon.

That event becomes tailor made for the local news, morphing into a spectacular televised block party and making him a star for a day. The robbery, which was to have paid for Aaron’s sex-change operation is botched from the start. Aaron, later Elizabeth Debbie Eden, whose sex-change operation is funded via the proceeds of the film, takes to the talk show circuit fueling the Wojtowicz myth. Her story is mostly told with archival materials as Eden sadly died an AIDS-related death in 1987, living as a prostitute in Rochester, NY.

Free since 1978, Wojtowicz spends his later years living with his feisty mother Terry and caring for his disabled brother, taking him to the Brooklyn Zoo and Coney Island. A true New York story throughout, Wojtowicz, we later discover, even earned extra cash by posing in the infamous Chase branch (wearing a “I Robbed This Bank” T-shirt), selling photos and autographs. Once a hustler, always a hustler.

Often hilarious, poignant and fascinating, The Dog is as entertaining as movies (in any genre or form) get, telling a true story that is far stranger anything a screenwriter could cook up. Going beyond the headlines and information widely known, Berg and Keraudren paint a comprehensive picture, spending ten years from initial interview to premiere at last year’s TIFF, The Dog is one of the best documentaries of the year. Far from sensationalized, yet lively, The Dog is a fitting documentary for a figure that tells it like it really is. If Wojtowicz were not a real person, he would have had to been invented by Quentin Tarantino.

The Dog opens theatrically on August 8th and on VOD a week later. Watch the trailer above.