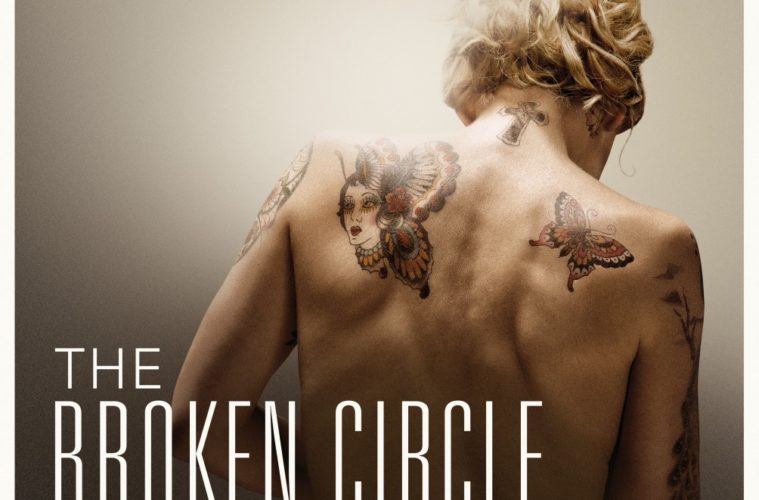 The Broken Circle Breakdown may yield only a single moment of genuine subversion, but one can at least appreciate it having arrived with the very first image: as the credits begin to roll in Flemish, there’s the rather clear tune of bluegrass music delivered in dually-confusing English and, stranger yet, a southern drawl — only to be conjoined, via hard cut, to a group of men crooning like some good ole boys down south.

This may or may not be a clever, wink-at-the-camera-while-you-strum method of establishing a connectivity between seemingly disparate cultures — it’s a fair guess, given the movie’s eventual direction — though I could only help focus on the music. Speaking as someone who doesn’t care much for bluegrass, it’s not only surprising to be taken with these in-camera musical numbers scattered throughout The Broken Circle Breakdown — photographed with efficiency — but a lovely soundtrack, one both light and forceful in its compliment of the occasionally raw emotions which comprise the picture’s center. Alas, hoping to give his picture some suitable, lengthy dramatic tenor, writer-director Felix Van Groeningen has opted for the “sick child” narrative as said center, providing us the by-now-perfunctory scenes of concerned, scrubs-adorned parents occupying hospital wings and awaiting word of diagnosis. In their moment, many of these scenes glide efficiently: sweet (yet not maudlin) and unblinking (yet not glib), but are emboldened by a flashback structure able to toe the tough line between elliptical and emotionally dead-set; it helps that Van Groeningen can actually use a camera, here capturing the meeting of two love-struck young folks (Didier Bontinck and Elise Vandevelde, both strong) with an aesthetic airiness that might, at times, recall the earlier, less-hoary passages of Upstream Color.

But just as it appears he’s struck a nice volley between the divergent emotional currents of past and present, suspicions begin to mount that Breakdown doesn’t exactly know when it should stop: a pivotal, second-act funeral scene is but one example, this supposedly direct moment played with too many moving parts for the final consequences to have full resonance; similarly problematic are love scenes between our two leads, which are so explicit as to often feel like a part of some entirely different picture. These could, with a bit of leeway and forgiveness, register as inconsistencies more than outright errors, but it only takes fifteen seconds to portend the worst that’s yet to come: an initial glance at the burning World Trade Center and then-U.S. President George W. Bush, the sort of diversion so specific and so strongly the point of a given moment’s focus that it need not take Manny Farber to understand that some piece of the movie’s fabric will soon be occupied by relations to these incidents.

As it so happens, only one half acts as a form of causality — judging by the events which follow, 9/11 is, outside of the Bush connection, no more than a signifier of the period; this, too, would raise issues of representation the movie doesn’t seem especially concerned about diving into — and thus it’s only fitting that The Broken Circle Breakdown’s first genuine stumble would lead right into its greatest mistakes, Van Groeningen’s screenplay veering toward an unhealthy polemicizing on political / societal issues with dedication to neither the central character’s warped viewpoint or, more interestingly, the notion of a breakdown. Watching one especially crucial scene play out in an essentially real-time manner is more than a little embarrassing — both for a film that feels lost in its own ideas and a lead actor asked to shout unconvincing material. But because Breakdown’s dramatic action is more distinctly predicated upon the torn relationship between two confused human beings, we must return to their set of circumstances, and the film’s finest portion; better yet that Van Groeningen shows himself willing to drop the commentary while precious time is still in fair quantity, bringing our narrative full-circle with a sufficient degree of narrative credibility. At the picture’s end, self-satisfied allusions to real-world events provide a relatively clean transition into the embrace of suitably, appropriately heightened turns, properly galvanizing material that had been sagging under its own weight. Some will undoubtedly find the final notes overtly maudlin or melodramatic (this is not to open a can of worms on that subgenre’s proper designation), but it evinces, strongly, a willingness to play what’s emotionally appropriate in favor of the more strictly logical — and when some of the film’s approaches to recognizable material are by and large its weakest components, deviation feels all the more necessary.

A significant amount of redemption arrives in its final moments, which, save for a tiring montage, not only combine a slightly absurd set of circumstances with the genuinely stirring, but find a way to bind itself with the heart of the picture we’ve been observing for nearly two hours. So powerful is the sound and fury of The Broken Circle Breakdown’s conclusion — including a genuine gut-punch of a last shot — that, for a few minutes, all was forgiven; it doesn’t hold up like so in any further assessment, but Van Groeningen can make moments count. When we’re lucky enough, this much, as is, proves genuinely worthwhile.