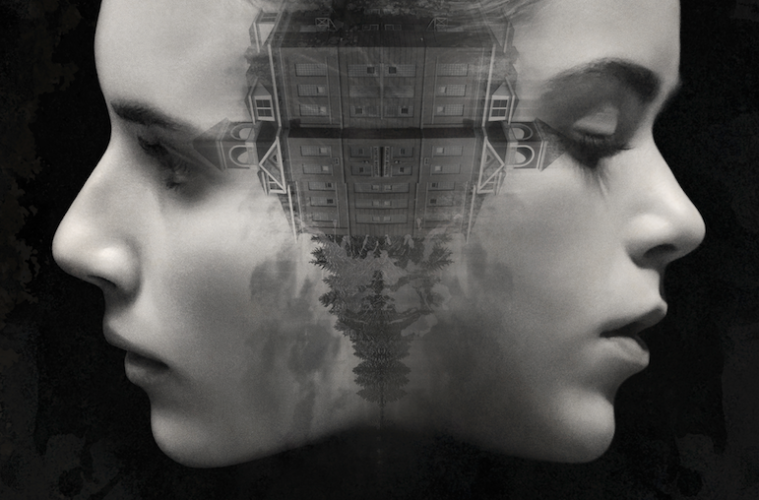 Osgood Perkins’ debut feature, The Blackcoat’s Daughter – originally known as February at its premiere at TIFF last year – is a stylish exercise in dread, teasing out its slow-drip horrors with precision, and building a deliriously evil presence that hovers along the fringes. However, there’s a thin line between mystery and vagueness in storytelling, and it becomes difficult to decide where a film fits when it only works in the context of a specific structural order.

Approximating something closer to an episodic anthology than a cohesive narrative for the majority of its run-time, The Blackcoat’s Daughter divides its time between two storylines of emotionally battered teenagers. In one half, Kat (Kiernan Shipka) and Rose (Lucy Boynton) are the last two students left at an all-girl boarding school as winter break begins. They’re total strangers to each other, but they’re pushed together when the principal can’t reach either of their respective parents, even as neither girl seems particularly surprised at their predicament. It’s immediately revealed that Rose told her parents to come later, so she could spend another night with her boyfriend Rick (Peter J. Gray), but Kat is a more unknown quantity.

As shown through visions of either a premonition or a flashback, Kat is regularly dreaming of a macabre car wreck. And in a savvy bit of visual storytelling, Perkins communicates Kat’s tenuous relationship with her parents through the image of a trembling Kat marking through the dates on a calendar, and through a piano recital where she looks longingly at two empty seats. They’re two grace notes in a film that nearly completely relies on visual storytelling to move the plot forward.

The other storyline is equally enigmatic with a wayward young woman named Joan (Emma Roberts), who appears to be traumatized by an unspoken past, and is trying to hitchhike to Port Smith, the town where Kat and Rose go to school. Down to her last dollars, she luckily comes into contact with Bill (James Remar) and Linda (Lauren Holly), two parents who carry their own albatrosses, and say elusive statements like, “You remind me of our daughter.” With his lilting voice and alternately imposing figure, Remar is the ideal character actor for this type of role that dabbles so fluidly with questions of intent.

Boynton and Shipka are the real keys to making the film work. The former already had a breakthrough this year with Sing Street, but this is another argument for her talent as she brings a French New Wave-style controlled cool to the role of a “scream queen.” Shipka, as well, has cut her teeth in respectable (but reserved) roles like Mad Men and The Legend of Korra, but this is a role where she’s allowed the room to totally unhinge, even making something like vomiting into something totally frenzied.

The film divulges precious few details about all these characters, instead building a consistent sense of dread through conversations freighted with ambiguity and slow pans of cavernous rooms blanketed by darkness. Perkins is working with timeworn techniques here, but his unwavering patience is key to building the fever pitch tension as things go from bad to much, much worse.

The Blackcoat’s Daughter is also keenly aware of the stock cliches of abandoned schools like gurgling boiler room, infinite hallways, and the off-kilter demeanor of nuns, but the film is smarter than mere reliance on jump scares. When the expected scenes come, they’re vastly reconfigured to the point where even the most stereotypically creepy imagery pales in comparison to the film’s actual conception of evil. Comparable to It Follows, or last year’s underrated We Are Still Here, this is less a horror movie about the supernatural than a nebulous force that’s as unstoppable as gravity.

Even with all these successful elements, The Blackcoat’s Daughter still can’t quite transcend the cheapness of its conceit. It’s not a great horror story on its own, but it’s a great calling card for Perkins’ skills with horror grammar, and an even stronger endorsement for the skills of its talented cast.

The Blackcoat’s Daughter screened at the The Chicago Critics Film Festival and will be released by A24 on March 31.