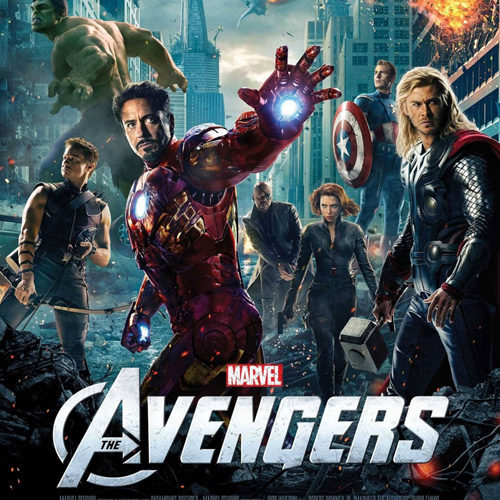 Four years ago, Marvel’s first venture into features, the surprise hit Iron Man made a promise at the end credits: the type of promise that was impossible not to have skepticism towards. When Samuel Jackson‘s Nick Fury showed up and hinted at The Avengers, who would have thought mere years later we would actually get that film? Not only that, but the reality that all of Marvel’s films would be successful enough to make this happen? Now, after getting to know most of the team, the question remained whether they would play well together. In short: yes. And that’s a big yes. With Loki (Tom Hiddleston) jeopardizing the world as we know it and with Nick Fury at his most desperate, he decides to bring back the cancelled Avengers initiative. That said initiative involving the M.I.A. Bruce Banner (Mark Ruffalo), the heroic narcissist Tony Stark (Robet Downey Jr.), the mighty Thor (Chris Hemsworth) and the fish-out-of-water Steve Rogers (Chris Evans), along with S.H.I.E.L.D. agents Natasha Romanoff (Scarlett Johansson) and Clint Barton (Jeremy Renner). Magically, writer and director Joss Whedon gives nearly everyone of them their time to shine, while more importantly providing a sense of unity. When the team comes together to do battle at the end, it’s exciting for the characters rather than the spectacle.

While most of the final battle does take place on a few blocks, it’s more contained than small. This film’s biggest set pieces are its superheroes. With the two-hour-plus running time, which Whedon paces steadily, no time is rushed or wasted. Although some viewers may get antsy during the hour spent finally having the team come together, the well-developed set-up makes those later scenes play as strongly as they do.

Every character’s personality and motivation is defined, and it’s all done organically. If there is anyone who does not fit in here, it’s Jeremy Renner’s stone-faced Hawkeye. Not only is it laughable whenever he pulls out his bow, the events that take place don’t really require the character. His presence fleshes out Natasha, with Johansson proving she can do more as this character than what the mess Iron Man 2 allowed her, but that’s about his only purpose.

And while laughing at Hawkeye is easy, Whedon’s playful tone makes it work just enough. The filmmaker knows that when you have a line like “Loki, brother of Thor!,” it’s obvious this isn’t the most serious of blockbusters. The best example of this is a cringe-worthy scene involving an old man standing up to Loki. Whedon takes it as seriously as he can, and there is only a scene or two where his sincerity turns against him.

Thankfully, by the end, The Avengers becomes Marvel’s most accomplished film to date, actually having a well-rounded villain, a third act that does not fall apart and an eye and pace for action. Joss Whedon has done something few thought possible, making the Avengers successfuly come to life.