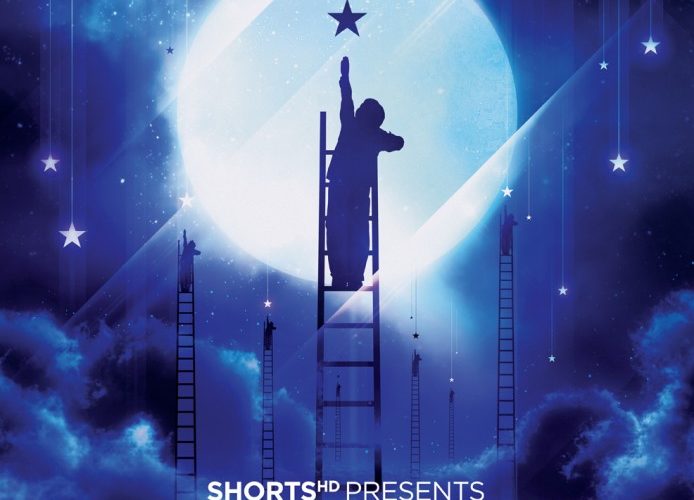 The Oscar Nominated Shorts, at least in the live action category, are as problematic as the Oscars themselves: all professionally made, and all without the profound emotional impact of a great film to touch, inspire and move. To say the least, there is a formula here, and the films play it safe. It also underscores the lack of state-sponsored film production. Unless you have rich parents its hard to compete at these levels. The plight of the American independent filmmaker. Speaking of the American independent filmmaker, we have our token representation in the form of Tim Bowler’s Time Freak, a slick, well made high-concept time travel comedy that is innovative but hardly the best of the bunch (and difficult to believe the best American short film of the year). Staring John Conor Brooke and Michael Nathanson as two twenty-something roommates that discover the ability to travel back in time, it could be a proof of concept for a longer film, one that hardly would be Oscar-bait in its feature form. The film is over-the-top both in tone and performance, easier to consume than the longer features up for the golden statue on all of the platforms Shorts International is exhibiting these films, but hardly exceptional. C

But opening the set is Irish actor Peter McDonald’s Pentecost, featuring Scott Graham as a trouble making alter boy. Graham is as enduring as he is clumsy, and is tasked with filling in at an important mass at the last minute Pentecost has warm and funny moments, but is rather one-note. B

Next in the series is the slick thriller Raju, directed by Max Zahle, this German/Indian film about follows a German couple in Calcutta as they uncover their recently adopted Indian son who has gone missing is one pawn in an NGO conspiracy. The film could be a proof of concept for a feature, in boiling its elements down it lacks energy and intrigue, and moderately successful. Again, this is an intriguing features concept boiled down into short form, and it feels as if it missing many vital moments. Too little, and that is both a compliment and a complaint. B- Terry George (Hotel Rwanda) has created my favorite, an excellent little gem with a full character arch (in 29 minutes) – The Shore. Starring Ciaran Hinds as a man who returns to Northern Ireland after living abroad in the U.S. for 25 years, he connects to his community and his past, forgiving and forgetting past rivalries. The larger national reconciliation and healing process is transplanted to a small regional community – a theme apparent in George’s features. The film is a beautiful reflection on decisions we make and the places we’re from. A- Closing the program is Tuba Atlantic, a Norwegian short by Hallvar Witzo, a spirited spunky and funny family comedy about Oskar (Edvard Haegstad) who travels to visit with is brother whom he’s had a, shall we say a falling out with. The film achieves the kind of tonal balance at atmosphere common in Norwegian cinema; it recalls Bent Hamer’s films,  B+

This year’s shorts mirror the well established formula for the Oscar shorts – they check off all the boxes: the Catholic guilt comedy, a slick German thriller, and a quirky American film. All and all, I do wish the process would allow more diversity. To qualify, a short film must win at qualifying festivals, therefore the tastemakers of the qualifying festivals – picking their favorites, have no doubt yielded the same kinds of films. No contest is perfect and rules exist as a filter, but what safe choices this filter provides.

An additional note about the screening: The Oscar Nominated Shorts are available  on iTunes as well as screening in select theaters. If your local theatre has not been converted to DCI-standard digital projection, chances are they projecting the shorts from their pre-show projector. Perhaps the presentation of these shorts at my screening effected my enjoyment: the images were washed out, subtitles and credits pixilated to the point they were difficult to render from any point in the theatre, the images filled about half of the screen and the sound was far too low.

Theatre management claimed the distributor provided the cinema with a Standard Definition DVD. I’ve seen the Oscar Nominated Shorts every year, in a few different theaters throughout the United States, and they’ve always been presented digitally (often due to the fact that the program must be assembled quickly and released in a timely fashion, with a short duration – printing 35MM is out of the question). This year, I wished I had watched them on my iPad.

The winner will be unveiled at the Academy Award ceremony on February 26th.