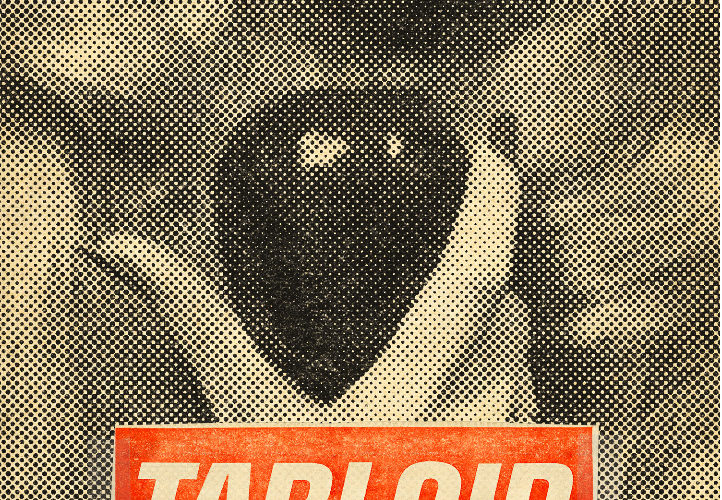 Academy Award-winning documentarian Errol Morris is known for fearlessly tackling controversy in his films, from Mr. Death: The Rise and Fall of Fred A. Leuchter, Jr. which famously chronicles the Forrest Gump-like story of a befuddled but well-meaning Holocaust denier, to Standard Operating Procedure which gives a voice to arguably the world’s most notorious Ugly American, US Army reservist Lynndie England. With his latest doc, Tabloid, Morris gleefully indulges in frivolity, digging beneath the headlines of a sex-soaked scandal starring an American beauty queen that rocked the United Kingdom in the 1970s…and the results are shocking.

This demented doc centers on Joyce McKinney, a self-proclaimed “incurable romantic” and former Miss Wyoming who became a media sensation after her former lover, Mormon missionary Kirk Anderson, publicly accused her of chloroforming him, kidnapping him, and chaining him to a bed to rape him repeatedly in an ill-conceived attempt to seduce him away from the Church of Latter Day Saints and their magic underwear. (Much fun is had at the expense of the presently popular punching bag that is the Mormon faith.) For Joyce’s part, she sees her life story as one of a fairy tale thwarted, where her knight in shining armor was wrenched from her arms by a sex-shunning cult. She feels her beloved (who it should be noted more closely resembles Dwight from The Office than any of Disney’s princes) spun this wild lie so as not to be excommunicated from his church and family for the “three days of fun, food and sex” the pair shared consensually. To her, it is a tale of a sweeping, life-changing romance, Southern Fried chicken, and love eternal – that eventually winds its way to her sordid past as a kinky sex worker and her peculiar present as the owner of the first brood of cloned puppies created from the DNA of her deceased but beloved pit-bull Booger. It’s a strange story anyway you look at it, but a surprising insight comes from Joyce, when she attempts to explain why the man that she willingly gave up her virginity to “in a beautiful moonlit cottage to save him” from what she saw as the brainwashing doctrine of the Latter Days Saints would tell a lie that sent her to jail. She pontificates, “If you tell a lie long enough, you learn to believe it,” with no seeming awareness of how this statement relates to her own life. For his part, Morris, who has seamlessly led his viewers on engaging and unexpected journeys before, suggests the truth lies somewhere in between Joyce’s fractured fairy tale, Kirk’s declaration of abduction and the two tabloid journalists’ competing narratives of a besotted waif and a manipulative dominatrix. But this is a lazy, obvious and ultimately boring assertion. As Joyce tearfully pours her heart out attempting to – once and for all – tell her version of these scandalous events, Morris playfully undermines her tale by cutting – not to carefully constructed re-enactments  of her account– but to coy stock footage of campy movie moments and zany B-roll of perfect 1950s women cavorting about in broad and beaming gestures. Notably, Joyce blames most of the woes of her life on the blood-thirsty tabloid press, who relentlessly dug through her past and hounded and courted her in turn. The evils of the media are eagerly embodied by dueling headline chasers Peter Tory of ‘Daily Express’ and Kent Gavin of ‘The Mirror,’ who each rush to embellish the wild tales of “The Case of the Manacled Mormon.” Morris too is willing to get into the game, capitalizing on leering and lurid nude photos of Joyce. And while Joyce’s insistent claims of victimization can become grating, it is hard to ignore that – whatever she was – she is now a very lonely woman who is being exploited once more by a media man who clearly thinks he is sharper than this sultry Southern Belle. Morris giddily paints her as a kook – which given her life story – is like shooting fish in a barrel, an act I’d thought beneath Morris and his storytelling ambitions. In the past, this stellar documentarian surprised me by making me empathize with people I’d thought fools and monsters. Why can’t he extend this same courtesy and care to this charismatic (albeit delusional) woman that he has to a death-distributing device-inventor and an admitted but regretless torturer of prisoners of war? The hasty inclusion of her dog-cloning foray seems an exploitative epilogue to confirm her status as a loony woman with too much time, money and imagination and too little sense.

The true hero of the piece seems to be bombastic language itself as Morris plasters his feature and his interview subjects with a gritty graphic treatment of blaring headlines of condemnations and accusations with a reckless fervor. It’s a mean and bullying tactic that makes Tabloid nauseating. Morris gets so caught up in his biting humor, glitz and gimmick that he neglects to give the tale any narrative flow or substance beyond a half-hearted exploration of a story taking on a life of its own. But with its amorphous story structure and its lack of driving purpose, Tabloid is little better than TMZ or Ripley’s Believe It or Not!, where a sensational tale with a smattering of shocking images are all that’s required. Admittedly, I was eager to see Morris take on lighter fare, but his flippant attention to Joyce’s glaring vulnerability comes off cruel and condescending. Ultimately, Tabloid is a smugly twisted tale without a soul. Toward its conclusion, an exasperated Joyce pronounces, “God knows the truth,” and in the end this belief may have to serve as her only solace.