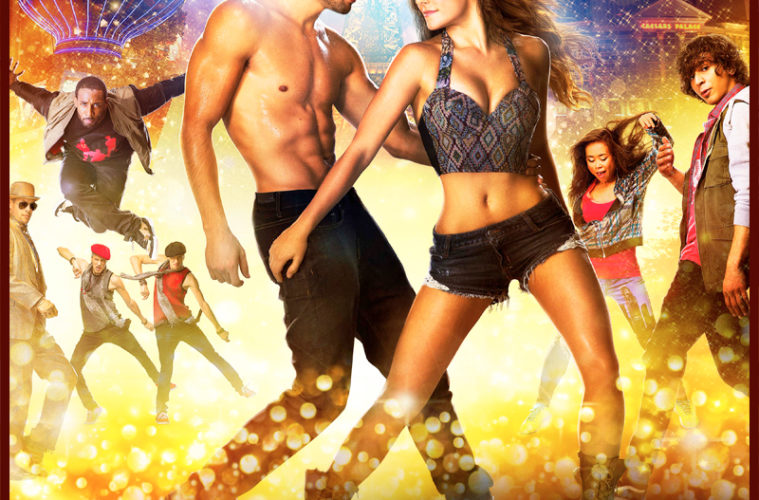 [Review] Step Up All In

After four entries into the Step Up saga I knew exactly what to expect upon entering the latest, Step Up All In. Like the pornography of yesteryear, the Step Up features are plotted within complex dance numbers, and the formula is simple: insert conflict, potential love interest, dance off, and repeat. My advice for the director of the sixth Step Up picture is to have the aspirations of Boogie Nights’ Jack Horner: make a porno that was so effective as a movie that once the viewer completed what they came in for, they stayed because they cared so deeply about plot and character.

Director Trish Sie, known for her dazzling music videos like OK Go’s treadmill dance-off Here It Goes, lacks the ambition to tell a story with genuinely interesting characters and meaningful conflicts that don’t feel manufactured for the purposes of supporting the frequent dance-offs. However, they are rendered skillfully enough to not cause a headache in 3D. Like Step Up 3D, All In contains very subtle (and perhaps too few) camera movements during the dance sequences. Cinema originated, of course, as a simple spectacle of moving pictures and in that respect this is a return to Edison’s Black Maria. Step Up: All In has a few dazzling sequences, including the final dance-off, that are effective as minor spectacle, but there’s never reason to care.

Arriving on the heels of Step Up: Revolution, an Occupy Wall Street anti-gentrification story with 3D music numbers, the latest entry focuses on millennial poverty. After working hard at unsafe professions like dancing, their skills are continually underappreciated by the filters (i.e. casting agents and directors), so the rag-tag group of dancers led by Sean (Ryan Guzman, from Revolution) decide to break up. Pairing up with his old buddy Moose (Adam Sevani as the connective issue of the Step Up pictures since Step Up 2: The Streets), Sean takes a job as a janitor at a dancing studio run by Moose’s grandparents. Moose has tamed down himself — no longer a dancer, he works at a chemical plant that serves as the backdrop for his new crew’s entry into a reality TV competition in Vegas. The competition is run by Alexxa Brava (Izabella Miko), who exhibits the over-the-top energy of Stanley Tucci’s host character in The Hunger Games.

The “crew” is comprised mostly of faces from the previous Step-Up flicks, including the return of Andie West (Briana Evigan) who serves as co-captain with Sean, leading to the tension you might expect, just when you’d expect it. Far from subtle, All In ironically features electric dancing, but wooden performances off stage. Apart from Evigan and Sevani, no one here can act. And while they can dance, Sie and DP Brian Pearson break no new ground in the continued development of 3D filmmaking. The stakes are very low, and considering the previous Step Up picture tripled its domestic gross overseas, this perhaps explains why — like in the work of Michael Bay, the emphasis is on action over story, and style over substance.

Step Up: All In tells an uninteresting story when, in fact, this material can be compelling. One of Robert Altman’s last pictures was The Company, an engaging behind-the-scenes story of a Chicago Ballet Company, proving when you focus on character there is no need to manufacture drama. The reality show at the heart of the picture features dances from all over, including places like Moscow, NY, LA, Miami, and (oddly) Allentown, PA. I’d much rather see a 3D underdog dance movie about the troop there, working their way from the Rust Belt landscapes of the Lehigh Valley to the Vegas strip.

Step Up: All In is now playing in wide release in 2D and 3D.