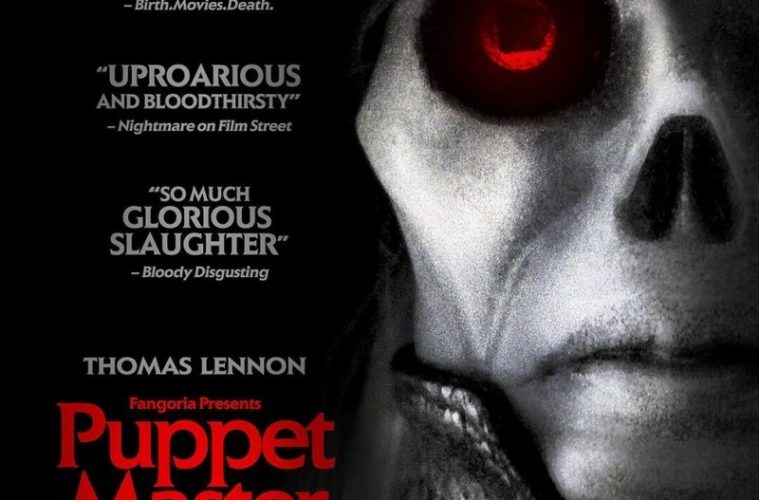 Review: ‘Puppet Master: The Littlest Reich’ is an Unabashed Slice of Shlock Cinema

Puppet Master: The Littlest Reich will turn some heads, but it will surely turn more stomachs. These feel like the most crystalline goals of writer S. Craig Zahler (writer-director of Bone Tomahawk and Brawl in Cell Block 99) with his reimagining of the Puppet Master franchise, helmed by directors Sonny Laguna and Tommy Wiklund. In this alternate history, puppet crafter Andre Toulon (played by midnight-circuit specialist Udo Kier) is no longer a foe to the Nazi regime, but a Nazi himself. So when comic book creator and recent divorcee Edgar (Thomas Lennon) moves back home and finds a mysterious puppet, he heads to a convention celebrating the death of the infamous Nazi to sell it. Sure enough, Toulon’s puppet army are Nazis too, and unlike their master, very much animated. So, we have mechanical murderers in a film whose mechanics are all based on murder.

Yes, The Littlest Reich is an unabashed slice of shlock cinema. From early on, the puppets murder with glee, but not without intent, and their targets include a lesbian couple, a black woman, and a Jewish couple, to name a few. It’s clear Zahler’s script aims to provoke and offend with each successive gore gag. These are hate crimes, and they fuel an extratextual contemplation over the nature of depiction in horror films. Namely, the slasher sub-genre and franchise entries, where sometimes the only familiar faces are that of the killer’s. Who do you root for? Perhaps better put, who are you meant to root for?

Littlest Reich is almost passionately gory. It’s essentially a series of murders, strung together by the most simplistic method imaginable: a cut. The cinematic kind, because here in Littlest Reich that is the only unifying method to get us from A to B for significant stretches of its runtime. These kills are astoundingly and admittedly nasty, and it is clear that staging sequences of murder are of central interest. Near the end of the film, someone contemplates a depiction of the events and states something to the effect of “a lot of bad things happen to people who don’t deserve it,” to which the response is that it’s simply showing “the way things are.”

Zahler’s script tries to address the killings as atrocities in a few other moments, including a direct labeling by Edgar as ‘hate crimes.’ And as The Littlest Reich’s body count ratchets up, the puppet army’s killings spread to anyone with a heartbeat. So, is Puppet Master: The Littlest Reich an allegory about the state of Trump’s America? A country where swastikas are still being burned and the media is demonized by those in power? One could argue it is instead just a problematic and gleeful endorsement of defiling ‘PC buzzwords’ in the name of entertainment. Perhaps it’s just an indifferent meditation on bad taste. Here’s a film where one of the most repulsive gore shots this side of Green Room is followed by a shot of two dudes in a car, one pulling off a joint while the other asks, “Hey, do you wanna go to a strip club?” Shock and awe is replaced by shock and indifference.

Surely many endorsers of such a late-night gore fest would suggest if one is considering the politics of a film titled Puppet Master: The Littlest Reich, they’re missing the point. Is it, though? Zahler himself has stated, “My philosophy has always been art over politics,” which perhaps overlooks how art is imbued with perspective regardless. Here’s what it comes down to: The Littlest Reich is utter trash, and its goal to provoke will make it an unjustifiable watch for many. But with contemplation, there is a conceit that is frustratingly relevant. It’s around the rejuvenation of something old and something perhaps thought dead, something insidious that you can’t beat right now, but that you can observe and escape from and write about. Others can come up to you and shake their heads while they shake your hand and say, “That’s some pretty messed up stuff,” and there’s mutual agreement but neither of you are certain as to what that does or means for the state of the world. Even if it’s a footnote coated in severed heads and spurting spines and characters introduced only to be killed in the same scene.

Aside from its political ruminations, there’s some awkward staging and a general lack of momentum, but Puppet Master: The Littlest Reich is sure to still please an uproarious midnight crowd. This is horror, after all, and sometimes we like our allegories and ideas caked in shit.