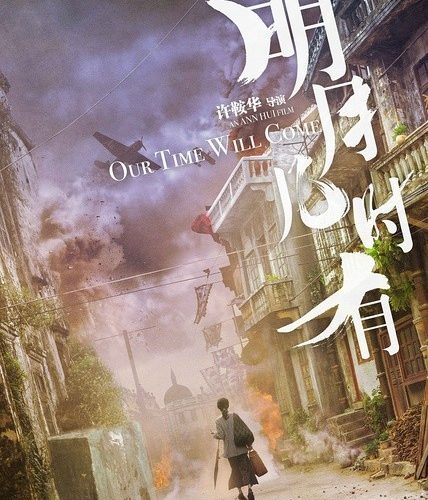 Review: ‘Our Time Will Come’ Provides a Rare Feminist, Contemplative View of Wartime

In an early scene in Hong Kong New Wave pioneer Ann Hui’s historical war drama Our Time Will Come, a Chinese rebel accidentally drops a live grenade in the middle of a large crowd of civilians. A brief moment of chaos ensues as everyone ducks for cover; bullets are exchanged, tables and chairs are thrown up and ducked behind — and then quiet. They wait and wait, nothing happens, and the rebels get up and leave. If it wasn’t obvious up until then, this confirms Hui’s stiflingly quiet approach to World War II, a setting and a genre of film that generally characterizes itself with loudness and overblown heroics. The film, like its characters — civilians-turned-spies who must carry themselves as if nothing were wrong — exudes delicateness. The two most common words in the film, “Xiao Xin” — which translates to “Be Careful!” — become a formality, repeated incessantly in hushed whispers.

Our Time Will Come sets itself in often-neglected, Japan-occupied Hong Kong, and offers a unique perspective on the war most commonly portrayed in film. It is not particularly a rallying call for Hong Kong citizens on the cusp of the 20th anniversary of the Handover, but rather a reflection of how occupation changes national identity.

Arguably the most famous film of the genre, Saving Private Ryan, makes grasps for humanity through the revelation of the captain’s prior occupation as a schoolteacher. The same revelation happens early on in Our Time Will Come: the first unofficial mission for Lan Fong (Zhou Xun) is assisting the evacuation of intellectuals, under threat of execution from the new Japanese regime. In a moment of calm and beauty, she recites poetry from legendary writer Mao Tun (Tao Guo) back to him, revealing that she used to teach it to her fourth-grade class. Another sequence emphasizes the nature of her transformation: Lan asks rebel captain Blackie Lau (Eddie Peng) about what he did before the occupation, to which he refuses to answer, stating that it no longer matters.

Blackie, who takes on entire enemy patrols on his own and dives deep behind enemy lines without so much a worry, is a veritable badass, but Peng is used frugally enough for every one of his scenes to be a treat. The real protagonist, to which most of the screen time is dedicated to, is Lan, and the majority of the supporting players are her neighbors working class peasants. As intellectuals and the upper class are quickly rushed out of the country, it becomes up to the everyday citizen to stand up for themselves. The film capitalizes on its characters’ amateurism, which imbues their life-threatening cause with a desperation that easily translates into tension in every scene.

Because her focus remains on the development of the tapestry of rebels and spies within the winding Hong Kong streets, Hui’s action sequences tend to suffer, showing an unfamiliarity with the genre and a certain blandness. It’s hardly a point of inadequacy, however; Hui actively makes an effort to film violence in short bursts, oftentimes ending the action scenes as soon as they start. In contrast, cinematography from longtime collaborator Nelson Lik-wai Yu focuses on beauty, capturing the serenity of Hong Kong alongside a strong, confident score from Joe Hisaishi. In doing so, she emphasizes the singularity of this specific conflict — how it tends to shy away from grandiose set pieces and instead focus on little victories. In Hui’s historically accurate depiction of the period, national poetry becomes the most formidable weapon in reclaiming one’s culture.

Our Time Will Come also provides a unique female perspective of wartime. Through and through a feminist film, Hui’s allows Lan to retain her femininity even in the direst time without judgment. Lan wears make-up as if it were facepaint, and is allowed to enjoy maintaining her looks, or dressing up for weddings. Early on, she rejects her lover, Jin Rong (Wallace Huo), after he proposes marriage before leaving to work in the Japanese military (as a spy, of which she is not aware, who uses poetry to bond with his colonel), and is detached almost entirely from him. She resembles “The New Woman,” placed in contrast to older standards, who are in turn embodied by Lan’s overbearing mother (Deannie Yip), who yells at her to let the men to do the dangerous work. Eventually, she joins the resistance.

Even with her transformation, Lan never stops being a civilian. A framing device has an uncredited Hui interviewing modern-day taxi driver Ben (the legendary Tony Leung Ka-fai), who discusses his time as a child soldier within the rebellion. It is a small, but significant role, as war flashbacks reunite him with his former teacher. These interviews initially feel a bit out of place, but as past catches up to present, they find themselves bolstered by the full weight of history behind them.

It’s a tragedy that Hui isn’t as popular in America as her Hong Kong New Wave contemporaries (Wong Kar-wai, Stanley Kwan, to name a more noticeable few), but it isn’t much of a surprise. Her filmmaking is quiet and poignant, even by arthouse standards, and her political motivations are always as complex as the characters that comprise her films.

Our Time Will Come is now in limited release.