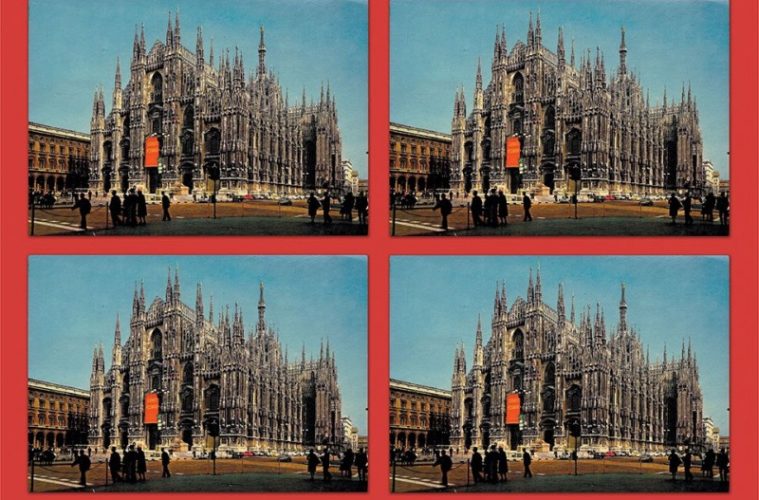 Review: ‘Notes on an Appearance’ is a Tantalizing, Intelligent Feature Debut

Over the past few years, Ricky D’Ambrose has established himself as one of the more intriguing independent American directors. His shorts, especially Six Cents in the Pocket (2015) and Spiral Jetty (2017), are above all founded upon a radical minimalism enforced by both budget and style, recalling Robert Bresson in the quick, close-up shots of hands, objects, and faces, conveyed with a directness that suggests a shifting complexity just under the surface. Coupled with this predilection is perhaps D’Ambrose’s most singular characteristic: his lovingly crafted, authentic-looking recreations or representations of various scattered material: newspapers, journal articles, postcards, notes, subway maps, correspondence, and other sundry objects. This was especially pronounced in Spiral Jetty, a film about an archivist who uncovers a dark mystery through the papers of a deceased celebrated psychologist.

With his debut feature, Notes on an Appearance, D’Ambrose takes this central idea and elaborates upon it. David (filmmaker Bingham Bryant, also the main character of “Spiral Jetty”), a young writer, finds himself enmeshed in a tangled web upon moving back to New York City, as he takes on a job assisting his friend Todd (Keith Poulson) on his biography of the intensely controversial political theorist Stephen Taubes. The various papers associated with Taubes suggest a dark history, one rife with fiery speeches, mixed reviews, scrawled notes, and even the murder of a critical journalist by one of his followers. Less than a third of the way through the film, possibly due to his reaction to these horrors, David disappears, and Todd and mutual friend Madeleine (Tallie Medel) set out to find the missing man.

Notes on an Appearance contains itself to an incredibly concise sixty minutes, yet it feels almost sprawling in comparison to D’Ambrose’s previous shorts. Indeed, this is both a great asset of and the strongest weakness of this film, which brings in so many different threads and tantalizing aspects of the New York artistic circles in which it runs that it has trouble reconciling many of them without jettisoning some altogether. Chief among these is that of Taubes himself, and especially his followers (including Todd to some degree or another), still devoted to his cause after his recent death. Though written before the election of President Trump, the connections to the far-right are unmistakable, especially in the reported-on calls by the philosopher for his supporters to “annihilate” his opponents. That this significant dark side of the milieu ultimately fails to be thoroughly resolved, and instead peters out like the so-called conspiracy of the Thirteen in Out 1, comes across as somewhat baffling in this context.

Then again, Notes on an Appearance goes to great and fascinating lengths to avoid spelling any of this out in any normal way. Spoken dialogue is kept to a minimum, often either for the most mundane or the most emotionally charged scenes, and exposition is conveyed either through David’s voiceover or the aforementioned inserts; Taubes’s presence, besides one ominous vocal appearance towards the end, appears solely through the enigmatic video footage supposedly shot by him. With these intertwined throughlines, D’Ambrose includes various other scenes that, when taken together, lend an intriguing air that sustains the film through its runtime: a both elongated and severely truncated panel on translation, an exhibition that manages to hilariously satirize the contemporary art world with just a few object labels, a few café conversations conveyed exclusively through audio, as the camera focuses on a coffee cup.

D’Ambrose’s style thus manages to convey both an uncommon bluntness and a certain elegance, conveying all of Notes on an Appearance through a highly articulate relationship on a shot-to-shot basis. Though some of the larger, existential questions raised by the film may remain resolutely unresolved (for better and worse), this is a feature debut that proceeds with a forthright intelligence, moving in the exact thrilling and wonderfully bewildering manner that D’Ambrose wishes.

Notes on an Appearance is now playing at NYC’s Film Society of Lincoln Center and will expand in the coming weeks.