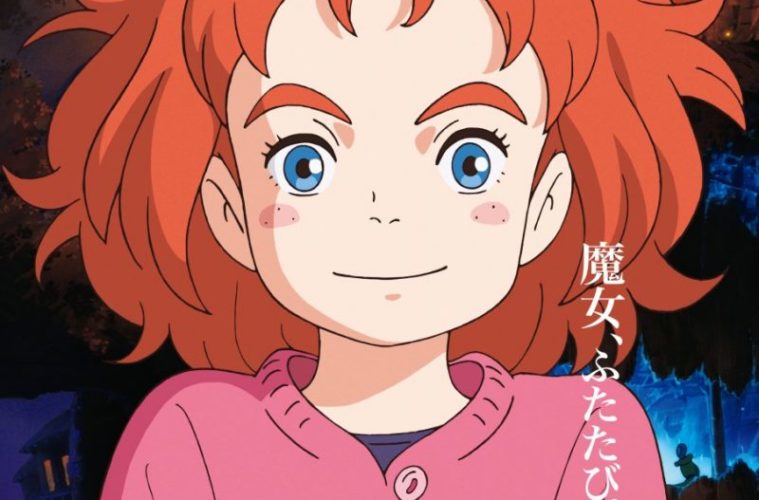 Review: ‘Mary and The Witch’s Flower’ is Beautifully Crafted, But Feels Like Studio Ghibli-Lite

The new Japanese animation house Studio Ponoc, founded and staffed by veterans of Studio Ghibli, has made a mission statement with its first feature, Mary and The Witch’s Flower. Though the studio’s name is Croatian for “midnight,” alluding to the beginning of a new day, this movie represents less a fresh start than it does business as usual. From the character designs to the animation style, it tries to create the impression of a Ghibli film at every step. The implication seems to be that fans of Ghibli need not worry about the studio’s indefinite, possibly permanent “hiatus” from feature production–at least when production began on Mary–because Ponoc is now here to take up the reins and deliver works which look and feel almost exactly the same.

But if the artists who originally founded Ghibli hadn’t been willing to test the boundaries of feature animation back in the ‘80s, well, that studio wouldn’t have become a household name among cinephiles in the first place. Mary and The Witch’s Flower is safe, containing no assertion of Ponoc as an artistic force beyond its overall technical accomplishment.

And to be sure, the technical aspects are all top-notch. After all, this new studio is stacked with former Ghibli animators, who probably couldn’t make a bad-looking movie if they tried. The environments are beautiful and packed full of detail. Both a mundane garden shed and a magical laboratory are drawn with tools that look thoroughly used. Every setting feels lived-in, like it comes with a whole history. The animation is fluid even in the most quotidian movements, like young protagonist Mary pratfalling her way through her attempts to help out around her new home. Even an animate broomstick is imbued with personality. There are also a few sequences made for the cartoonists to flex their skills, such as a nighttime chase in which creatures seemingly made of quicksilver constantly change their shape, appearing not to fly but flow through the air. Ghibli’s famed skill at depicting incidentals comes through here as well, such as in the myriad way Mary’s cat companion reacts to the world around him. If only that same consideration were paid to the story.

Adapted from Mary Stewart’s 1971 children’s book The Little Broomstick, it features Mary (voiced in the English dub by The BFG’s Ruby Barnhill) running afoul of Endor College, a magic school run by Madame Mumblechook (Kate Winslet) and Doctor Dee (Jim Broadbent). An encounter with the eponymous flower gives Mary temporary magical abilities, which Mumblechook and Dee mistake for natural talent. When her lie is uncovered, the college’s various minions come after Mary in hopes of obtaining the flower for themselves.

The foundation here is reasonably sound, but the film plays out as a weak echo of Castle in the Sky, Spirited Away, and Harry Potter. The story dawdles in the first part, with Mary not even getting to Endor until around a third of the way through, and it’s not even until further after that the plot truly starts. A substantial sequence is dedicated to exploring the college, after which most of it isn’t seen again. It at first seems that Mary has an arc centered around gaining confidence in her own abilities – having recently moved, she’s about to start at a new school and vocally complains that she doesn’t seem to be good at anything. There’s a clear parallel to her arrival at Endor, where she can dazzle the teachers with skills which she claims are her own but which she hasn’t actually earned. But the back half drops these ideas for a more rote adventure story. While there are plenty of small humorous and wondrous beats that work (and the film still easily surpasses the work of most major American animation studios), Mary and The Witch’s Flower can’t escape seeming Ghibli-lite. Going forward, it will be interesting to see whether the artists of Studio Ponoc can establish an identity of their own.

Mary and The Witch’s Flower screened at the Animation is Film Festival and opens on January 18, 2018.