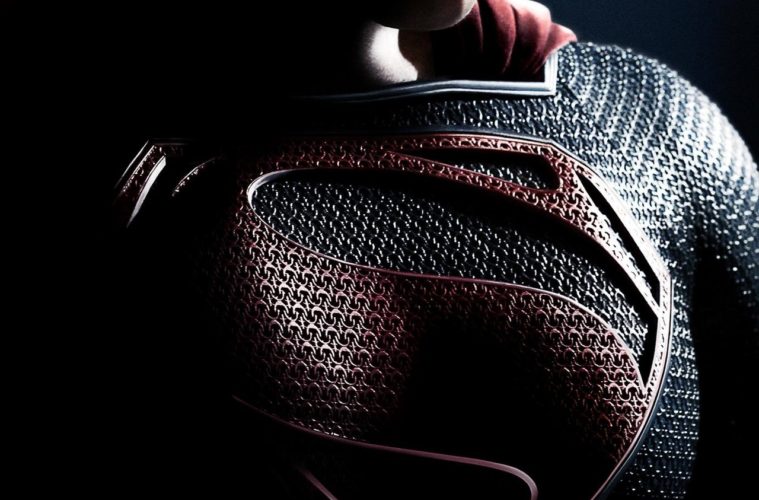 Although the unflappable hero — not once tempted, dissuaded, or conflicted about the matters of right and wrong — is an object of intense personal desire, it’s also a character type which has failed to thrive in the post-9/11 world occupied by gritty Batman and Bond reboots. This presents a seemingly unconquerable problem for the most well-known and, once, well-liked protagonist of them all: Superman. From what one can tell, there’s the hint of waning popularity, this ultimate symbol of American greatness — his status as an immigrant only further strengthening the appeal for a nation built on national outsiders — carrying little stock in a post-millennial age. Nowadays, the perfect, Eagle Scout demeanor veers Krypton’s most famous son into the orbit of slight, vague dullness. What do you still say about the being who can do anything and everything, yet always knows to do the right thing regardless?

And while Man of Steel would, on the surface, appear to have expended genuine effort in the creation of a more humane and vulnerable — at times, nearly relatable — hero for our days, it’s an enterprise quickly exposed as no more than a stumbling stab at more of the thrills and whiz-bang spectacle that’s now the modus operandi of a studio’s summer season. Like nearly all else contained within Zack Snyder’s reboot of the red-caped hero, emotions and “thematics” are a ruse; no matter what it may claim to offer in its jumps from father-son drama to space-set action epic to, even, an alien-human romance, we find ourselves viewing a blockbuster with the gall to sell its audience a bill of goods.

Standing back from the totality of Man of Steel allows the observance of a curious disaster: an expensive actioner with nary a thrilling beat; a “character piece” (this is very likely too generous) whose character is barely tangible in mere presence; a refreshingly wordy screenplay that, once actually spoken, is revealed to use its vast, vast majority of chances for interaction among great, better-than-this actors to instead spout off sci-fi exposition that holds too little proper context (“release the planet generator”) or, much less, provides any signal of so much as an attempt at coherence. This is not a missed opportunity which rightfully elicits a sigh, but inert big-budget spectacle that is nigh deserving of contempt.

To their credit — to anyone’s credit — the assembled players wring drops of value from what lays at their feet. No matter how buried Superman is amidst an ensemble, casting an unknown player of Henry Cavill’s type paid off: Snyder clearly prefers using him as a visual signifier, above all else — some of the moments when Man of Steel comes alive most forcefully are his ecstatic jets around large landscapes, word-free and all physical boundary-breaking; the director’s tangible trust in the sight of a blurred red cape is, in fits and starts, oddly touching — little of which, still, explains why Superman is a non-entity of a character in his own movie, but the stature is present regardless. (Cavill’s affability elsewhere is arguably more impressive thus). Though it never once feels evident that he and Michael Shannon’s Zod are in the same film — and though his skills feel to be underutilized the more proceedings drag along — his is work of an expectantly, appreciably loony stripe that clearly understands the picture’s comic book origins. Recall Sting in David Lynch’s Dune — as far as the tone and, no less, acting-to-project quality ratio go — and a concept should begin to click.

Amy Adams, Laurence Fishburne, Kevin Costner, Diane Lane, Russell Crowe, Christopher Meloni et al. are all commendable — the affinity for older, seasoned actors is one of the few (if only) points of harmony between Snyder and producer Christopher Nolan, the latter of whom’s influence is felt nowhere else — but to what end? Good performances in Man of Steel are an exercise in futility when they’re tailored to deliver exposition with every chance to speak. (The Richard Schiff-portrayed scientist explaining terraforming to a room full of military types rings as an opening credits set-up for the strangest West Wing episode Aaron Sorkin never penned.)

Occasionally staggering ineptitude is an odd thing in these kinds of films — the displeased observer can’t help but ask where this money is really “going” — much of which can be placed on an incoherently structured screenplay from the reliably dim David S. Goyer (e.g. one specific, deadening failure to properly distinguish between present-day action and flashbacks — technique taught in a first-semester script class), though more of a shame when a capable filmmaker was on deck. No matter the criticisms that continue to swirl around 300, Watchmen, and Sucker Punch — Snyder labeled by many as a green screen- and slow-motion-dependent hack — these are films with refreshing, smooth senses of patience in their shooting and editing (even his unfairly maligned 2011 actioner), all at once smartly attuned to audience expectations in a manner which elevated them far above fellow multiplex fare screening one theater over.

Gone, now, is the tenor of those titles, replaced with clichéd, motivation-free shaky-cam and film grain that gives this flat effort (save for a few expert compositions and unique editing strategies, e.g. sudden hard cuts as transitions) the contradictory feeling of having tried too hard; for what remains unclear. Snyder’s once-evident grasp of physicality — i.e., his uncommon ability to apply the sound of a landed punch or image of bloody contact as an ingredient in that rare mainstream “cool” which doesn’t compromise internal consistency for fun — has, too, disappeared, in favor of anonymous alien ships, collapsing digital cityscapes (which grossly, shamelessly recall 9/11), and repetitive shots of computer-generated Gods punching one another.

The lattermost is a worthy thing for all of four minutes — the most cynical viewer would be dead inside to scoff at the initial sight and sound of a modern Superman punch — but in the length it would take one to sit through a commercial-free version of last week’s Mad Men, such conflicts become tired, even boring. Seeing as these extensive (albeit, here, frequently unconvincing) effects tend to work best at either end of the spectrum — and seeing as a Superman film is unlikely to seek much in the way of verisimilitude — some of the loud, flashy opening bits on Krypton are appreciated; at least we’ve never seen anything of this magnitude or order attempted in a comic book film, narrative understanding be damned. Better that they go weird as they go big.

Yet once we enter the final act, as a false conclusion makes way for one final smash-out between Superman and Zod — at which point you wish the inevitable defeat would take place so we can go home — Man of Steel, more specifically this interpretation of the character, feels dispiritedly worn out. With any luck, Snyder and company’s inevitable return will grant an opportunity to have some more fun with the thing — further narrative exploration, additional chances for the cast to exert themselves and build a tenable dynamic, etc. — no matter what a perfunctory, falling-into-place reboot wrap-up would otherwise suggest. If not, Bryan Singer and Brandon Routh are due a formal apology.