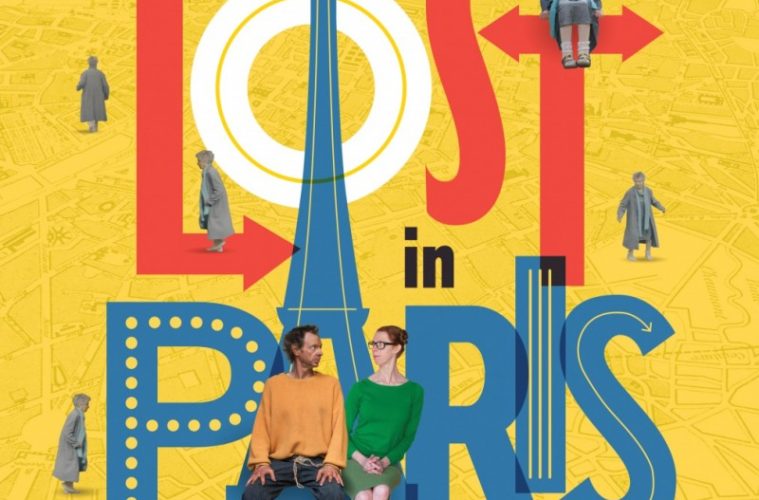 Review: ‘Lost in Paris’ is a Surreal, Whimsical Treat

With a tip of the hat to Jacques Tati, Charlie Chaplin, and Jacques Demy, husband/wife team Fiona Gordon and Dominique Abel’s Lost in Paris is a whimsical, almost silent comedy set on the streets and in the parks of Paris.

Several years ago Aunt Martha (one of the final roles from the late, great Emmanuelle Riva) departs from a snowy arctic Canadian outpost for sunnier Paris. Several years later she’s lived quite a life with a reputation around the neighborhood, and now the stubborn elderly Martha refuses to leave her apartment and move into a nursing home. She writes to the older Fiona (Gordon), now a librarian in a remote village that looks like it might house Santa’s workshop, and summons her on the adventure of a lifetime to Paris. The only problem is Fiona’s French is rusty, leading to many a misadventure when she arrives on the banks of the Seine, complete with an oversized backpack adorned with a Canadian flag.

Navigating the city provides fodder for a comedy of errors as Fiona finds herself without her iconic backpack after it takes a tumble into the iconic river, and is at the mercy of the Canadian ambassador. Determined to find Aunt Martha without knowing where she is, she encounters a few false leads by canvassing the neighborhood with the help of a few English speakers. She subsequently encounters Dom (Abel), a homeless tramp who comes into possession of her backpack and treats himself to a slapstick dinner at a nice restaurant before retiring to his tent. Jerry Lewis would be proud of this zany and hilarious sequence of manners largely devoid of dialogue, one that is choreographed, like many sequences, to old familiar standards.

Comedy is, of course, in the eye of the beholder and Lost in Paris delivers light laughs without overstaying its welcome. With its brisk running time, this is more or less a film you might want to see between dinner and a crepe. Functioning best as a cinematic dessert wine, it relies on physical gags, light geopolitical humor, and occasionally surreal production and costume design by Nicolas Girault and Claire Duben. The joys of Lost In Paris are the surprises along the way, including an absurdly silly sequence where all is revealed and everyone finds what they are essentially looking for — Aunt Martha included.

A throwback to a kinder, gentler comic sensibility combining the surreal, the whimsical and vaudeville, Lost in Paris successfully delights as two misfits continue to find themselves beholden to the kind of destiny that only graces visitors to the city of lights.

Lost in Paris opens June 16 in New York and on July 7 in Los Angeles before expanding.