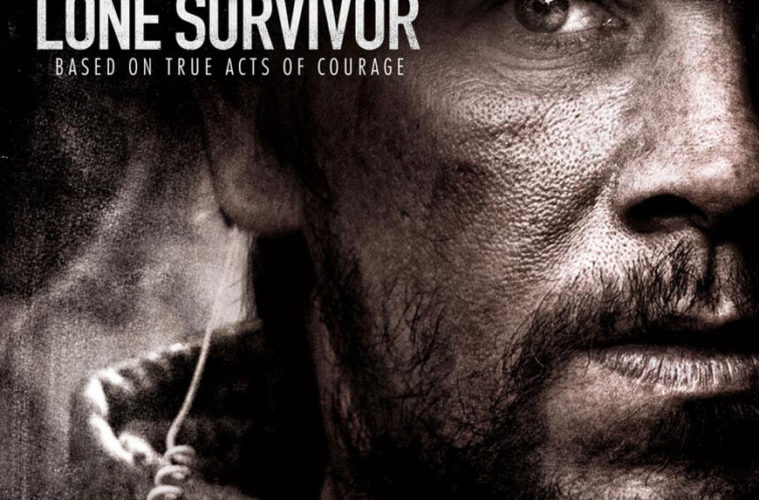 In its best moments, Lone Survivor, directed by Peter Berg and starring Mark Wahlberg, is a lean, mean thrill machine reminiscent of something like Black Hawk Down. In its worst moments, the film reads as an over-simplified, violence-glorifying recruitment video.

We open in Afghanistan, the morning Operation Red Wings is deemed a go. Some of the men check in on their wives back at home, others engage in early morning foot races. LCDR Erik S. Kristensen (Eric Bana) gathers the troops together and Murphy lays down the specifics of the operation to all in attendance. Minutes later they’re wheels up and, just like that, we’re with our four heroes in the Hindu Kush mountains of the Kunar province, their mission to kill a leading Taliban member operating nearby.

Everything goes wrong fast, and in no time our men are in the middle of a vicious gunfight. As the four soldiers face off against what seems to be hundreds of Afghans, they collect wound after wound but continue to fight. By all accounts, this is a vividly accurate recreation of what happened, Berg lifting the action from the pages of Luttrell’s non-fiction account of the mission. The men found themselves fighting against gunfire while on the edge of a mountain, forced to plummet down jagged rock beds over and over again as bullets flew at the them from every which way. We hear every bone crack, every bullet penetrate these poor, brave souls. Berg is not a subtle filmmaker, and Lone Survivor wears its patriotism on its sleeve. Death in combat has never been sold as such a noble sacrifice as it is here, which is something of a hard pill to swallow. Thankfully, the on-screen talent sells the message with some much-needed vulnerability. Wahlberg, Kitsch, Foster and Hirsch do well by the real-life men they’re representing, offering up performances that are both tough and tender. As Murphy, Kitsch is the stand-out here, the leader of the group faced with some impossibly hard decisions in the middle of combat. Berg’s direction is as energetic as ever, and there’s rarely a moment that’s not both engaging and horrifying to watch.

While the third act of the film does suck some of the air out of the narrative ballon, Wahlberg works well enough on his own to drive through to the conclusion. Lone Survivor is an ode to the military and certainly unapologetic about its portrayal of soldiers as some kind of super-being. In this world, there are only ultra-evil Afghans and ultra-saintly Afghans, and nobody in between. These thematic limitations prevent Lone Survivor from greatness (and will no doubt earn the film a fair dose of criticism), but the core story being told and the talent found amongst our actors is more than enough to make Lone Survivor worth your while.