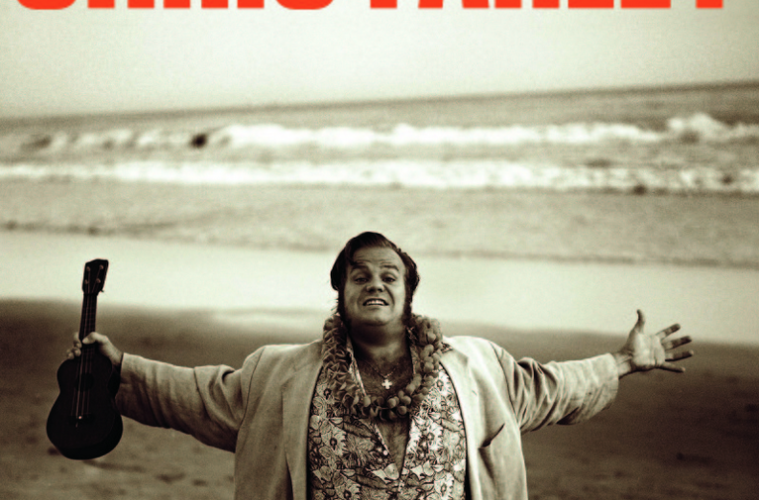 [Review] I Am Chris Farley

In Judd Apatow’s 2009 dramedy Funny People, Adam Sandler‘s character George Simmons, an aging comedy star experiencing an existential crisis, gives a toast at a Thanksgiving dinner hosted by twenty-somethings. To the group of young people, all aspiring actors, writers and comedians, he expounds on how their relationships will change as they embark on their respective careers. “I had a dinner like this twenty years ago with guys that, we just, like, lost touch with each other,” he laments. “I never talk to ’em anymore. Some of ’em are dead.” In that moment, his act drops and genuine emotion flits into his voice. Considering the film’s reflexive quality, it’s likely he’s referring to Chris Farley, whose star rose along with Sandler’s during their stints on Saturday Night Live and subsequent movie careers.

Not to give more undue attention to Sandler, who’s generated quite enough press recently with his waning box-office draw. He does, however, appear in I Am Chris Farley, a documentary that seeks to discover the man behind the boorish, pratfall-happy lout who quickly endeared himself to late night audiences, only to become another casualty of fast fame when, at age 33, he died of a drug overdose.

In conventionally shot, straight-forward interviews, many famous faces turn up to discuss the subject’s desire to emulate – to an unfortunate degree – his idol, John Belushi, and become the funniest guy in the room, no matter how much self-inflicted harm it required to get there. His family, agent, fellow cast members, and one-time girlfriend recount their first-hand experiences with Farley, and while some appear candid, others come off as clearly self-serving. Friend and Tommy Boy co-star David Spade shows up to recall (i.e. brag about) the signature sarcastic jabs he tossed at his friend during their halcyon pre-Black Sheep days. And, of course, class act Dan Aykroyd would never turn down an opportunity to declare, on film, his own place among comedy’s all-time greats. Even Farley’s brother, Kevin, an actor and comedian in his own right, sidelines the film with clips of his stand-up (I’m sure his producer credit comes as no surprise).

Much time is also spent fawning over Farley’s notable TV skits, when he danced shirtless alongside Patrick Swayze and screamed himself hoarse as the riverside van dweller Matt Foley. The nostalgia element, coupled with an uninspired approach to presenting its archival materials, registers less as a thoughtful portrait, and more like a cheap, hastily edited NBC tribute special. In an era of ambitious, unflinching celebrity documentaries like Montage of Heck and Amy, I Am Chris Farley never quite stacks up, or cares enough to even try.

One thing the film does unintentionally manage to achieve is showing how tastes have changed since the 1990s, when obnoxious, but lovable man-children reigned supreme. Farley clearly strove to perfect this boys-will-be-boys brand of humor, which initially enabled him – an insecure, overweight goof – to gain approval from his male peers. As each volunteered story unfolds, Farley goes from being the kid in typing class who traumatized a girl by whipping out his penis, to the adult who, on more than one occasion, stripped naked and pranked Mike Myers by assaulting him in the 30 Rock shower room. Despite their jovial intentions, the accounts bring with them a depressing realization of how his desperate need to belong drove these humiliating, often drug-fueled antics. It also serves as a reminder of how his contemporaries, Sandler and Spade, are now either unwilling or unable to recognize the world’s disinterest in watching two middle-age guys act like thoughtless, insensitive teenagers.

It’s worth wondering if Farley would have overcome his demons and ventured into more ambitious territory, especially when considering his rumored involvement with the Confederacy of Dunces screen adaptation. Or perhaps he would have embarked on prestige TV projects like his old improv buddy, Bob Odenkirk. We’re left wondering a lot of things, as I Am Chris Farley scratches the surface of Farley’s life and death, but never bothers to dig any deeper.

I Am Chris Farley is now screening in select theaters.