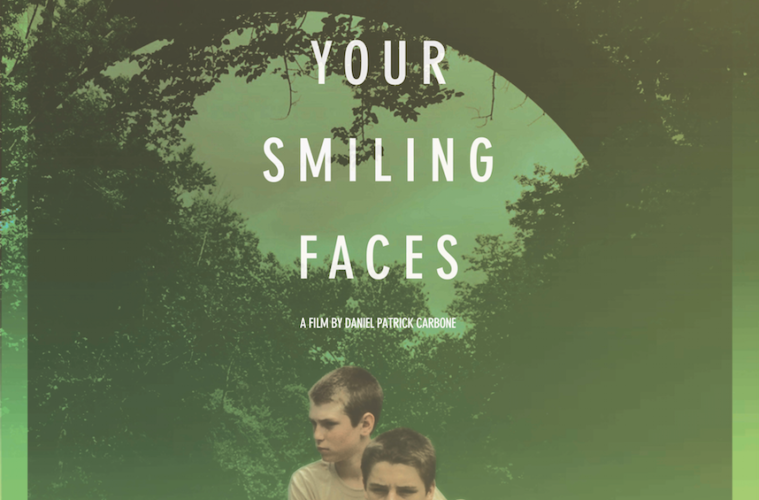 Immediately after watching the Tribeca Film selection Hide Your Smiling Faces, I happened upon an article that, coincidentally, related closely to the film. Written by author Hanna Rosin for The Atlantic, “The Overprotected Kid” focuses on The Land, a makeshift, minimally supervised playground where children are free to experience and overcome fear, a need that has become suppressed by so-called helicopter parenting and society’s obsession with safety. While focusing on The Land – which is also the subject of a crowd-funded documentary – Rosin cites experts who stress the detriment of sheltering children from a world that, as one source puts it, is “full of risks,” and that adults are mistaken by the idea children are “too fragile or unintelligent to assess the risk of any given situation.” In effect, this leaves kids unequipped to figure things out on their own. For me, the piece unintentionally framed filmmaker Daniel Patrick Carbone‘s picturesque coming-of-age story, which depicts how a sudden tragedy shapes two children.

In many ways, 9-year-old Tommy (Ryan Jones) and his older brother Eric (Nathan Varnson) embody the exact opposite of Rosin’s generation of bubble-wrapped youngsters. In their rural, heavily wooded surroundings, far from the eyes of prying adults, the boys spend their carefree summer days playfully sparring, hanging out in abandoned buildings, and biking helmetless down backcountry roads. They wrestle with friends and hang out on a deserted train bridge that bears the graffiti tags of other bold adolescents, all the while unburdened by worries or responsibility. It’s an idyllic picture of youth, one defined by curiosity, imagination, and fearlessness. But when Eric discovers the dead body of Tommy’s friend, Ian (Ivan Tomic), the siblings are forced to face the devastating realization that they are not invincible. Despite its slim 81 minute runtime, it feels as though the film takes its time with each boy’s journey as he grapples with the unfamiliar confusion spurred by the death. Carbone – who also wrote the screenplay – achieves the effect by employing sparse, naturalistic dialogue and allowing the story to unfold through lyrical, unhurried moments. The boys’ interactions, both with one another and with peers, indicate that once fun activities have turned serious and their overgrown kingdom has become a scary place full of threats. Eric tries to hide his newfound fears behind his strong, silent exterior, but his actions speak otherwise, especially during a scene when he, without provocation, tries to teach Tommy how to swim. His frustration with feeling helpless sometimes manifests itself in casual destruction, such as when his friend admits to flirting with the idea of suicide, or, more prominently, when he throws a cinder block through Ian’s father’s living room window in retaliation for his bullying behavior.

Throughout, Carbone combines nuance with carefully interwoven themes to lend a fantastic, yet universal quality to the film. Animals play a large part in helping to demonstrate the boys’ development (early on, Tommy mocks death by playing with a petrified crow, only to later pray over the charred corpse of a raccoon), and the choice adds depth and structure to the thoughtful work. Compared to the overall subtle tone, grander gestures appear wrought and overdramatic, mostly when a handgun comes into play. There’s also the questionable use of nonsimultaneous dialogue, the few instances of which distract from pensive shots that are better off without the device. However, the reach for emotion does pay off towards the end, when a moment between Tommy and Ian’s dad results in an unexpected act of pure intimacy and heartbreaking regret.

By showing and not telling, Carbone creates a profoundly tender work made all the more affecting by his young stars’ effortless performances. But the film’s most striking aspect is just how truly alone the brothers are in their emotional and spiritual crises. Their struggles illustrate the point of Rosin’s article, that in order for children to mature into the people they’re meant to become, they must navigate difficult situations on their own. From that perspective, Hide Your Smiling Faces looks less like a tale of shattered innocence – instead, it appears triumphant as the young protagonists emerge scarred and shaken, but better for it.

Hide Your Smiling Faces is now available on VOD and begins its limited theatrical release on March 28th. One can see the trailer here.