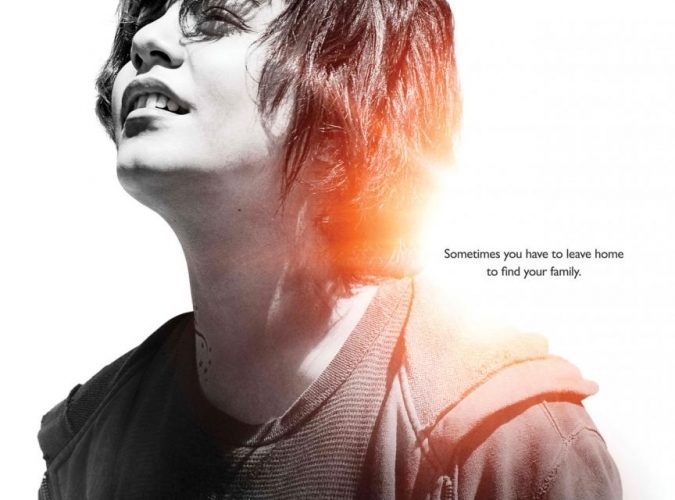 Written and directed by Ron Krauss, Gimme Shelter is an example of a faith-based, pro-life film done right. Often I’ve taken issue with faith-based cinema that has, for lack of a better term, preached too often to the choir existing in a binary world (I’m In Love with a Church Girl, one of worst films of last year is a case in point). The best of the genre, Gimme Shelter and last year’s delightful Grace Unplugged, for example, exist in a reality with an awful lot of gray area.

Gimme Shelter is grounded in a painful reality, based on a true story that is often maddening as it unfolds. Apple Bailey (played brilliantly by Vanessa Hudgens) is a 16-year-old who runs away from her mother June (played by an almost unrecognizable Rosario Dawson). June, a former drug addict whose interest in Apple is tied to her monthly welfare check, is unfit by all accounts. Escaping to suburban New Jersey she finds her father, a slick Wall Street trader, Tom (Brendan Fraser) who has a family of his own, including a classic WASP wife Joanna (Stephanie Szostak). Tom extends a helping hand that’s slapped away by Apple, accepting only the roof over her head. Days after discovering she’s pregnant, Tom and Joanna schedule an abortion. Fleeing from clinic on foot, Apple returns to a life on the streets before a run-in lands her in supervised hospital ward. Critical of the system, Krauss tells this story rather interestingly, while certain scenes fall short of the intended impact, the film as a whole is quite engaging. Hudgens is quite excellent as Apple, in perhaps her riskiest role short of Spring Breakers, transforming herself into an abused street-smart kid escaping what could be a painful cycle of poverty. Krauss, particularly in the film’s third act pulls off something rather remarkable in terms of point-of-view; he shows young women critical of an institution that has saved them, almost as if Apple develops a Holden Caulfield kind of skepticism. Credit is due to Hudgens, Krauss and Ann Dowd, as a woman who has opened her house into a shelter for unwed mothers (thankfully, the film does morph into the backstory of Philomena).

Careful with regards to his storytelling, the subtle elements work and the film does not feel as if it’s a kind of “poverty porn,” but unfortunately it lets Joanna, her step-mother, off the hook too easily. Other elements don’t seem quite as developed as they ought to and sometimes the emotional notes lack the subtly they should have. This is not Wendy and Lucy, but at times I wish it would slow down just a little. Based on a true story that has an ending with decisions as complex as its first two acts, it’s a more ambitious film than its surface story would suggest, as Apple questions the multiple institutions and systems she finds herself in.