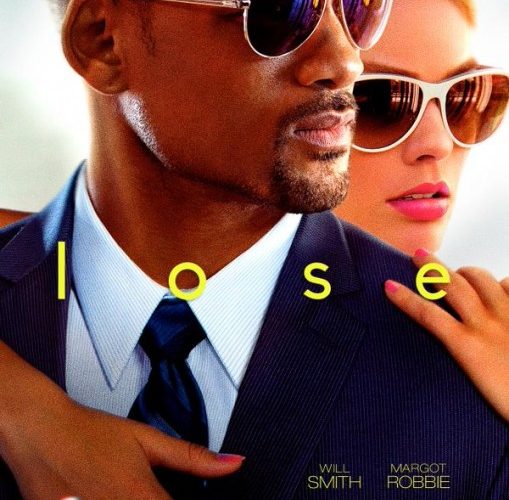 You know that moment in a con movie where you’re shown an elaborate sequence full of subtle background action without knowing exactly what’s happening until the mastermind explains it all to a colleague—and us—who’s unaware? It’s my favorite trope of the genre because it either provides a sense of awe in the trick’s success or allows me to pat myself on the back for noticing the ruse. Sadly, Glenn Ficarra and John Requa forget the first part and keep us in complete darkness assuming their revelation will prove more intense as a result. The truth, however, is that it comes off as lazy or worse: insecure. If your game doesn’t play subliminally enough to get past us, showing it later only enhances our belief it would never have worked in the real world. This is one moment in a film chock full of cons, but it’s indicative of how much potential Focus leaves on the table. Ficarra and Requa understand the genre and know what makes it effective—they just can’t quite execute correctly. You don’t even have to look further than an early Mardi Gras crowd scene where Nicky (Will Smith) and his merry band of thirty odd grifters swirl through tourists with sticky fingers and greedy eyes. The filmmakers recruited a master thief consultant in Apollo Robbins (Leverage) to acquire an authentic look through expert choreography and yet the sequence is all fast cuts and close-ups screaming cover-up. Maybe the actors weren’t as good as everyone hoped or maybe Ficarra and Requa merely botched the action, but I saw a lot of flash and little skill.

Thankfully, while credibility is lacking, entertainment value isn’t. I could have done without the romantic overtones that takeover in a couple crucial moments so they can mask shortcomings of the con, but the constant wondering about whether or not it was love or deceit proves an adequate divergence. The reason a film like The Art of the Steal works so well is because it doesn’t take itself too seriously except where the grift is concerned. The heist is of paramount importance and the humor enhances our interest in it. Focus attempts to replace the humor—although it has its own nuanced comedy too—with romance, but it does so as a distraction rather than complement. Smith and Margot Robbie (who plays his Nicky’s latest accomplice and maybe love interest Jess) are almost good enough to make you forget this truth. Both are filled with charisma and confidence and sex appeal so they can verbally spar, sizing up whether or not the other is friend or foe. She wants nothing more than to join his crew and learn from the best after discovering he’s a third generation legend; he enjoys playing until she’s able to prove her worth and change his mind. New Orleans becomes her coming out party and the job is big if not boring. Luckily BD Wong‘s Liyuan arrives to add a gloriously campy strain of unbridled laughter with a smidgeon of suspense. We know he’s not the big bad, though, so it’s mostly just fun.

That honor goes to Rodrigo Santoro‘s racecar aficionado who hires Nicky to con his competition. There’s no way such an arrangement can go well, but seeing Jess on his arm after three years apart following Nicky’s falling out with her only adds fuel to the inevitable fire. What happens next should be engrossing due to its many moving parts: Nicky working for Santoro, Nicky finding an angle for more, Santoro’s chief of security Ownes (Gerald McRaney) sniffing Nicky out, Jess positioning for revenge against Nicky, and Nicky attempting to rekindle her affections. Unfortunately, knowing most if not all these elements are MacGuffins takes away from their importance, especially having only half a film to flesh them out. So much time is spent setting up Nicky and Jess’ relationship that we’re dropped into the real con too late. One thing this does provide is enough distance from script cues foreshadowing the ultimate reveal that I was admittedly surprised. Not surprised in the reveal as much as surprised I missed it. It also ensures the con becomes second fiddle to whether or not Jess and Nicky end up alive and together. Yes, Focus winds up a romantic comedy when all is said and done rather than the thriller its trailer teases. The thrills prove somewhat hollow underneath the ride, setting up the “will they/won’t they” rather than the other way around. It’s still an enjoyable enough ride, yet it doesn’t possess the depth to actively seek out a second viewing. The only repeat service draws are Wong and Adrian Martinez‘s Farhad, two actors going for broke and having a blast.

It’s a shame, too, because there’s a lot to like and a lot of cool avenues that could have been pursued. Honestly, the directions that would have made the film better were visible enough to confuse me from seeing the simpler solution actually in play. If that was the plan all along, I’ll pass along some credit. Focus is serviceable enough to earn your time, flashy enough to hold your attention, and fun enough to enjoy thanks to a nice leading duo in Smith and Robbie. A bit too cute—and maybe too nice, considering a few punches are the only malicious pain inflicted—the real con is giving us a bevy of false hope.