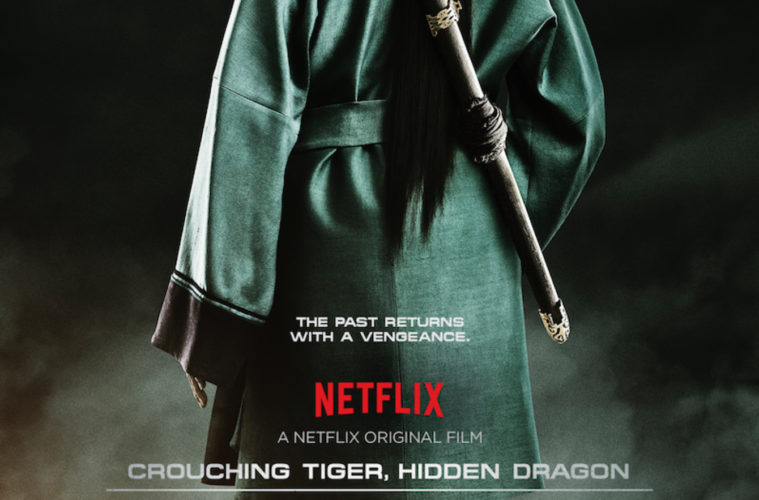 Sword of Destiny, currently available on Netflix, emerges 15 years later diminished and woefully inessential. As a film on its own, it’s perfectly diverting entertainment. Beautiful vistas (the film was shot in New Zealand by the uber-talented Newton Thomas Sigel) and impressively-choreographed fight scenes drive a familiar plot. Written by John Fusco (Young Guns, Thunderheart, Netflix’s Marco Polo), Sword of Destiny too often feels like a remake of the original, once again concerning Yu Shu Lien (Michelle Yeoh) involved in a kind-of sort-of will-they-won’t-they romance while trying to protect the sword called Green Destiny from thieves whose motives are far more complicated than they initially appear.

Like so many too-late sequels, the film — directed by the first film’s action choreographer Yuen Woo-ping — rides on waves of nostalgia and little else. Everything is smaller than before, and the new viewing platform does not help. Action epics are meant to be seen on large screens, not condensed laptops. Furthermore, the first film was filmed in Mandarin and subtitled, while Sword of Destiny is filmed in English and dubbed over in a variety of available languages. It’s a clear choice for easier consumption by the majority of Netflix’s subscribers, but plays like a slight betrayal of what made the original so refreshing and surprising a decade-and-a-half ago. Add to that a clear reliance on cheap digital effects, another calculated move that ignores the world this film lives in.

Yeoh’s presence is welcome, and it’s nice to see Jason Scott Lee again, playing the villainous Hades Dai. Donnie Yen, here as Silent Wolf, offers stoic charisma that never really works while Harry Shum Jr. and Natasha Liu Bordizzo largely disappoint as young warriors with a mysterious (and ultimately convoluted) connection. And despite a quick and exciting third act, it’s too little too late, much like the film as a whole. Yu Shu Lien puts it best: “All of this for a sword.” Indeed.