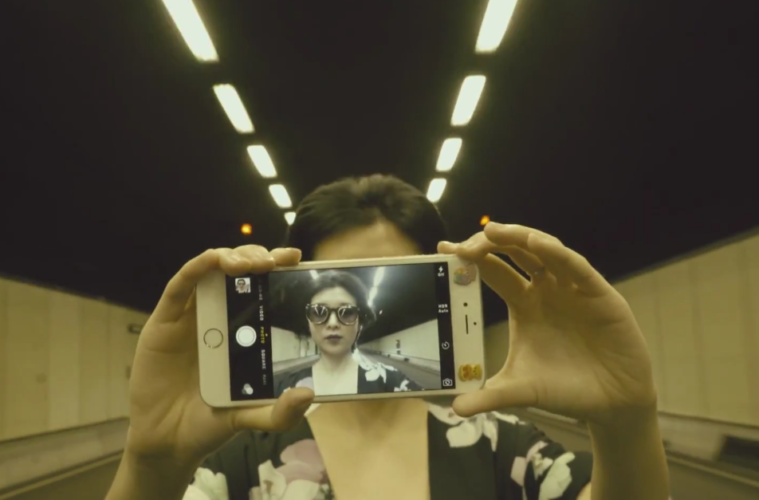 An often serenely meditative exploration of sociopolitical life in contemporary Hong Kong, Christopher Doyle’s Hong Kong Trilogy is a stunningly-photographed blend of documentary and fictional narrative, following real locals playing themselves. We can’t tell where real life ends and fiction begins, and ultimately, we don’t care. The film marks Doyle’s first directorial effort, crowdfunded via a Kickstarter campaign in 2014. Doyle, the self-proclaimed Keith Richards of cinematographers, is one of the most beloved and provocative DPs in the world, endowed with an exquisite eye for composition. His new film, however, meanders around for a merciful 85 minutes before fading to black, never fusing together into anything impacting, beyond a fleetingly casual interest in the characters. Other than that, we’re left with just a handful of dazzling visuals to recall, and little more.

The film is divided across three chapters. The first, titled Preschooled, follows the students of a local private school, including a girl who wears a red hat, who reflects on the constant chaos going on in her houseboat home. Away from home and school, she gets lost in thoughts of the many different gods in the world, carrying around a jug of holy water, watering (or as she says, saving) local plants and flowers with it. At home, she dances in front of a self-made alter, papered with drawings of every god in creation, but when she prays, she speaks to Jesus Christ. The best moments arise when Doyle’s camera sits back and watches life unfold naturally, allowing sequences to play out for longer stretches. At one point, the little girl’s mother calls out from off-screen: “Honey, I’m putting your holy water in the fridge.” Meanwhile, her beautiful school teacher is dating a pudgy slacker, nicknamed Beat Box, who’s so frequently late to pick her up from work that one day he arrives first thing in the morning and sits waiting all day long for her.

The second chapter, Preoccupied, follows members of the Umbrella Movement, who occupied the streets of Central Hong Kong for 72 days in 2014, bringing the downtown area to a halt to “think about what they want for the future of their city.” A woman in black protectively watches over the school children from afar. This is Thierry, a member of the Umbrella Movement, and a second-generation feng shui master. She gathers groups of artists and musicians at local coffee shops to put on shows, spreading awareness of their cause, while the police slowly gather in the background, ready to break up the protests at any second. The film drifts around. We see surly police officers confiscate boxes of beer from an activist bar only to have the bottles immediately stolen by a mischievous British expat. The same officers later intimidate one of the children, dragging him down to the precinct for accidentally dropping bits of food on the ground while eating in a public park.

The final chapter, Preposterous, again follows the school teacher and Beat Box, as they organize a speed-dating event for local senior citizens. This episode is the least engaging, feeling utterly slight and shoehorned by comparison with the rest of the narrative. Doyle attempts and fails to mine comedy from watching the forgetful seniors getting lost on their way to the event, a cheap and hollow moment. Soon, the children return to the narrative, riding a city bus to a field trip, another unsuccessful comedic sequence leading to no substantial payoff. It’s around this point that the film begins to take on the feel of an insurance commercial as the narrative dissolves away, replaced by gratingly altruistic platitudes dreamily voiced against lush, scenic backdrops.

We hear voices, revealing their thoughts in narration, like something out of a Soviet film as Doyle samples tropes from his favorite movies to an intermittently stirring effect. It’s too bad these elements fail to deliver on a more consistent basis. A chubby boy laments being wrongly punished for a school yard fight started by someone else, hiding from his babysitter. A girl carries around a box of egg tarts to give to anyone she sees who looks sad, hoping to cheer them up. These characters stay with you after the credits roll, but Doyle is too preoccupied in eye-popping visuals to linger on their lives of his characters for more than a minute or two at a time.

Hong Kong Trilogy may be overflowing with incident, but it’s light on story. It’s no surprise that the strongest quality of Doyle’s film lies in its gorgeous cinematography. The Australian-born photographer was first hired as a cinematographer by director Edward Yang on That Day, on the Beach, for which he won several awards. He quickly gained prominence working with Wong Kar-wai on Chungking Express and In the Mood for Love, later coming to the United States to work with an eclectic mix of filmmakers, ranging from Gus Van Sant and Jim Jarmusch, to Jon Favreau and M. Night Shyamalan. Most recently, Doyle lensed Endless Poetry for legendary director Alejandro Jodorowsky. Indeed, Doyle is one of the most talented cinematographers of his generation, but his talents for narrative filmmaking still seem in their infancy.

In theory, it’s easy to imagine what Doyle had in mind during the film’s initial conception: a dryly comedic and charmingly subdued version of Medium Cool, set against the backdrop of contemporary Hong Kong. Or perhaps a post-modern take on Robert Altman’s style with characters crisscrossing each other across the film’s pseudo-documentary running time. In a close-up shot, we watch a girl painstakingly scrawl the words “I Love Hong Kong” in crayon. That unabashed love for the city is deeply felt while watching the film. Doyle’s camera never for a moment feels like a tourist in a foreign land, instead immersing the audience in the landscape as if he were a local himself. While Hong Kong Trilogy is ultimately an empty and unfocused misfire, it’s still rather watchable in its failure, thanks to Doyle’s remarkable visual approach.