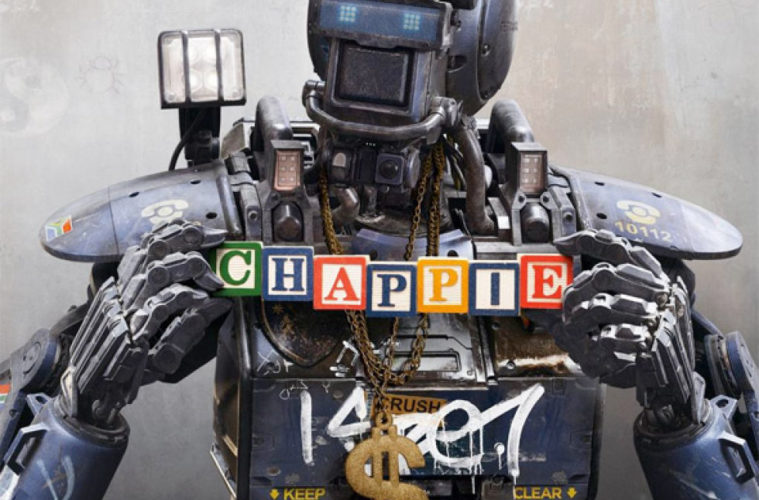 In 2009, when the sci-fi breakthrough District 9 premiered, it didn’t seem likely, but now it’s looking like a sad, frustrating reality: Neill Blomkamp is basically the new Richard Kelly, the only difference being that Blomkamp works with gargantuan budgets and continues to land big-studio projects. With that comparison in mind, District 9 is the South African filmmaker’s Donnie Darko. His spellbinding debut turned heads and transformed the previously unknown director into an industry star—not to mention, the film gave sci-fi a much-needed shot of independent swagger, made its $30 million budget look like a Michael Bay production, and charged its way into a well-deserved Best Picture nomination. But, like Kelly again, Blomkamp has failed to live up to his debut’s potential in the years since, bricking heavily with the overly plotted yet dull Elysium and once again missing the mark with his third feature, Chappie, a tonally bi-polar disappointment that dilutes an intriguing concept with silliness disguised as superficially “thought-provoking” genre storytelling.

Co-written by Blomkamp and his District 9 collaborator Terri Tatchell, Chappie imagines a fictionalized near-future version of Johannesburg, South Africa, where advanced engineering practices have pushed robotic technology to a new frontier: the fuzz. Robots are mobilized into a seemingly unstoppable army of police droids, with whiz-kid programmer Deon Wilson (Dev Patel) receiving the credit for designing the officers, known as “Scouts.” Working for the mega conglomerate Tetravaal, Deon is the star employee in the eyes of all of his colleagues, except for one: ex-soldier Vincent Moore (Hugh Jackman), an idealist who equates thinking robots with mankind’s doom and has made his own answer to the Scouts: the “MOOSE,” a much larger bot that’s controlled by humans through a sort of virtual reality simulation. Vincent’s fears amplify once one of the Scouts gets stolen by a gang of desperate thugs (led by Die Antwoord members Ninja and Yolandi Visser), who take advantage of Deon’s ability to give the bot consciousness and train it to rob, wear more gold chains than a 1980s-era Slick Rick, and pull of a massive heist.

But the bot, dubbed “Chappie” (and voiced by Blomkamp regular Sharlto Copley), is a softie at heart. It’s timid, warm, and speaks with a childlike innocence—while Ninja wants Chappie to call himself “a hustler,” Chappie keeps calling the tatted-up goon “daddy,” plays with Barbie dolls, and watches He-Man cartoons. More so than a special effects-thick action extravaganza, Chappie is the classic story of a kid getting corrupted by the world and adult figures around him, just with more Die Antwoord and a mullet-sporting Hugh Jackman in uncomfortably tight cargo shorts.

If handled by a different filmmaker, Chappie’s inherent goofiness could’ve been mined for self-aware laughs and channeled into a genre mash-up, a more intelligent and visually advanced Short Circuit. But, just like in Elysium, Blomkamp misses the humor that so obviously dominates his material. Rather than having any fun with the idea of a talking hip-hop robot, he wrongly accentuates the self-seriousness and treats Chappie like it’s high-stakes drama.

Chappie is so transparently twee at times that you can imagine Blomkamp hoping it’d get its own action figures. As voiced by Copley, the eponymous robot’s diction mistakes cheekiness for cutesiness—Chappie’s dialogue is written as preteen naivety but delivered like a 40-something South African actor trying to sound “gangsta” whenever he’s not spitting electro “goo-goo, gaga” talk. And Blomkamp does little to offset that unfortunate duality, putting Chappie in scenes where you’re left laughing at the movie, not with it. Chappie reads Little Bo Peep in bed with Visser, calling her “mommy”; it does its best hoodlum impersonation sticking up people and jacking cars as a hardcore Die Antwoord song plays in the background; it walks slowly towards the camera, alongside Ninja and Visser, while they’re all holding guns and essentially posing for an imaginary rap album cover: Livin’ Like Awkward Hustlers.

Spending so much time trying to give Chappie its humanity, Blomkamp leaves the film’s human characters in one-dimensional funks. Doing his best to evoke the father-like concern of a new-age Dr. Frankenstein, Patel is constantly betrayed by some of Chappie’s worst lines, like when tries saving his beloved robot from Ninja’s negative influence by yelling, “Don’t let this barbarian ruin your creativity, Chappie!” In a role that’s beneath his abilities, Jackman is left to scowl, huff, and puff his into a pit of obvious villainy, only springing to life in a scene where pummels Patel’s face into a desk and threatens his life in front of an office full of colleagues who oddly don’t pay the interaction any mind. The most underused of all, though, is Sigourney Weaver, cast as Tetravaal’s CEO for reasons that could be boiled down to either Blomkamp wanted that “Ripley Legacy” stamp on Chappie or figured it’d increase his chances of making the next Alien sequel—with both scenarios having worked out in his favor.

Is Blomkamp the guy you want revitalizing Ellen Ripley and H.R. Giger’s monstrous extra-terrestrial creatures, though? If there’s one thing that Chappie confirms, it’s that Blomkamp does know how to stage the occasional showstopper of an action set-piece—the film’s climax is a brutal, surprisingly gruesome firefight during which the director finally delivers on the promises he initiated in District 9. By that point in this nearly two-hour misfire, however, it’s too late for him to start going for broke. Blomkamp is a visionary effects overseer who unjustifiably fancies himself as a double threat of both narrative and spectacle, but Chappie proves otherwise. He’s not only the new Richard Kelly, he’s the second coming of M. Night Shyamalan, an undeniably gifted director whose biggest flaw is the inability to give his fingers a rest and let better screenwriters take over — ones who understand that “Short Circuit meets Yo! MTV Raps” is straight comedy, not Charles Dickens by way of Philip K. Dick.