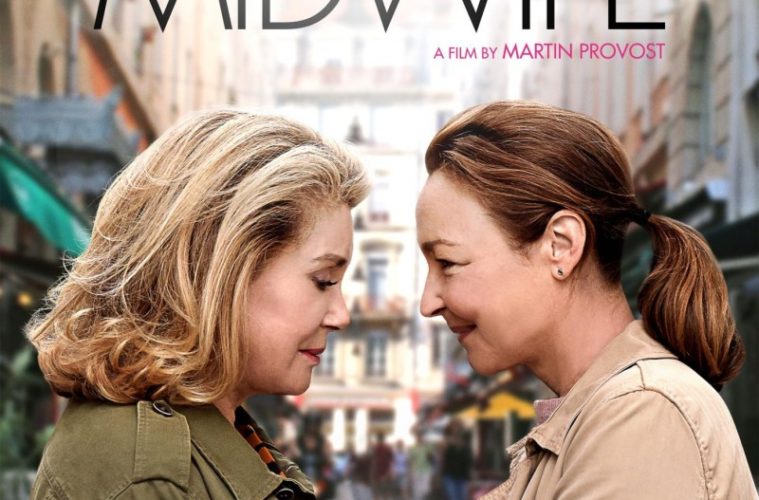 Review: Catherine Deneuve Gets Gracefully Eccentric in ‘The Midwife’

We see less and less of female actors as they age, the talents often forced into retirement by a lack of interesting parts and the overall sexism of the entertainment industry that prefers to focus on their looks rather than creating spaces for them to flourish and enter the next stage of their careers. But if this is quite often the case, it seems no one told Catherine Deneuve about it — or, at least, she chose not to listen, and how lucky we are for that. Over the past fifteen years, Deneuve, who could’ve chosen to play only Grand Dame parts, has instead done a couple of musicals, voiced an animated character, played a tracksuit-wearing umbrella-factory director, been a Queen in an Asterix flick, and achieved new dramatic depths working with auteurs such as Arnaud Desplechin and Emmanuelle Bercot. She has made her work impossible to fit into a box.

She continues expanding her never-ending range in The Midwife by playing Béatrice Sobo, a loud, outspoken chainsmoker who lives with acquaintances, eats and drinks too much, and is never afraid of uttering a vulgarity if she sees it fit. Béatrice is perhaps the polar opposite of what we think about when we think Deneuve, and yet, as with all the other eccentrics she’s played, the actress grounds her through an otherworldly grace and humanity. Even though everything about Béatrice should repel us, we are drawn to her like bees to honey.

Her inexplicable charm also works its wonders on Claire (Catherine Frot), a middle-aged single mom who divides her time working as a midwife and tending to her grown son, Simon (Quentin Dolmaire) who clearly doesn’t need her attention as much. At one point in her life Béatrice lived with Claire’s father, making her a quasi-stepmother of sorts, until the time when they split up. Now, Claire’s father has been dead for years and Béatrice looks to reconnect because she, too, might be near the end of her life. Even though she is still deeply hurt for the way in which Béatrice left her father, Claire succumbs to her slightly deranged, but always delightful, worldview. If the film had been made entirely of scenes in which Frot and Deneuve sit in cafés and talk, The Midwife would have been more successful, though writer-director Martin Provost is keen on imposing a traditional message on it, and rather than indulging in the fact that the women are together at all, he seeks a lesson to teach Claire.

The film’s title in French, Sage femme, makes for a fascinating wordplay because it embodies who both women are. “Sage femme” isn’t only the French term for midwife; it also means wise or sage woman, which says a lot about how differently the French perceive bringing children into the world. What the film alludes to is that Claire needs to rediscover the wisdom in her profession, and by reconnecting with Béatrice, she’s becoming the ultimate midwife, who can bring people into the world and also help them cross to the other side when the time comes. If The Midwife often succumbs to uninteresting subplots involving love interests for Claire and kooky misadventures for Béatrice, it finds its life again when it has the two women discussing life. There’s one scene when a worried Claire reminds Béatrice of the perils of not watching what she puts in her body. Deneuve’s befuddled look as her character lights up a cigarette in response and Frot’s look of resignation are priceless. These are sage women indeed.

The Midwife opens on July 21.