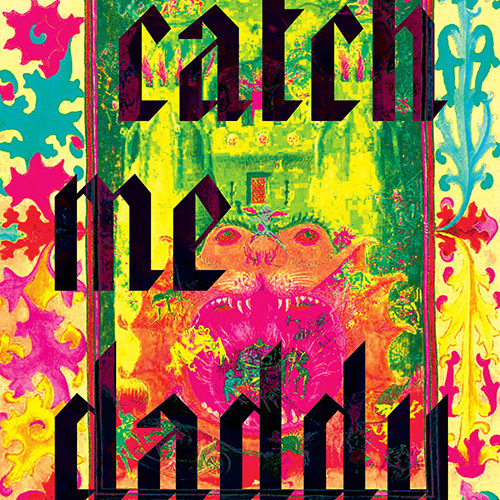 Even though he’s absent until the film’s final sequence because the estranged daughter he’s hired bounty hunters to find is foremost in our attention, director Daniel Wolfe‘s quote explaining his story as “a man imprisoned by his own narrative” couldn’t be truer. Pakistani mobster—the only label befitting him after experiencing the violence wrought in his name—Tariq (Wasim Zakir) is behind everything from scared Laila (Sameena Jabeen Ahmed) and her white boyfriend Aaron (Connor McCarron) scraping together a trailer park life in hiding to son Zaheer (Ali Ahmad) and his cronies trailing them to the racist pair of muscle enlisted to provide those being squeezed for information pale faces (Barry Nunney‘s Barry and Gary Lewis‘ Tony). Catch Me Daddy is a goad pitting this man’s heart against a reputation not even blood can afford permission to tarnish. While Tariq’s the puppet-master looming, a ghost our thoughts conjure as far different from the seemingly normal Joe restaurateur revealed, those attached by strings are hardly innocent from self-imposed reasons for being where they are. Whatever he may have done to drive Laila away—a mystery imagined as the traditional Pakistani sense of religion frowning upon her union with an outsider, some recent heinous act proving to her his true vocation, or a feeling of abandonment as his little “Chum Chum” flew the coop—she escapes with full knowledge his threat of killing her wasn’t idle. Aaron’s love puts him in the crosshairs despite the trouble it may render beyond his own life; Barry revels in exercising brute force for money; and Tony has his own personal tragedy to fuel a drug addiction this job will help satisfy.

For Zaheer, Shoby (Shoby Kaman), Junaid (Anwar Hussain), and Bilal (Adrian Hussain), their motivation is merely to act out orders from their boss. The former is definitely less than impartial being Laila left him as well as their father, but such a fact could go both ways to make him angry or soft. Until the moment arrives for him to choose, however, we aren’t sure of anything. This is due to Daniel and brother Matthew Wolfe‘s script leaving everything as an authentic slice of life we’ve simply been dropped into right as it’s reaching its climax. Why else would they have us see Tony alone and withdrawn at home or Shoby joyously playing with his toddler at the mall before they unleash their animalistic roars? Tariq isn’t alone in being trapped by the life he’s chosen to embrace. The whole becomes a ticking time bomb because everything appears somewhat innocuous until its tensely wound emotional limb uncoils with a fist so uncompromisingly brutal that you’re taken aback by how things could turn so suddenly. We know these character groupings introduced separate from each other will eventually collide, but we’re completely in the dark to exactly what that meeting holds. Laila and Aaron are happy despite their modest surroundings so shouldn’t her father be too? They walk hand-in-hand against gorgeously shot landscapes and are genuinely in love staring in each other’s eyes that it’s as though they’re unprepared for what’s coming. Yet one forceful order from Aaron telling Laila she cannot go clubbing with a co-worker explains how keenly aware they are. It’s ultimately only a matter of fate before Barry finally knocks on the correct door.

Even as the macro elements mimic straightforward genre machinations, the way the Wolfe Brothers unravel them is wholly unique. Their exclusion of detail is frustrating for but a second before comprehending just how unnecessary the knowing is. Would any reasoning for Tariq’s wrath be acceptable in our minds? No. Nothing Laila or Aaron could have done warrants the remorseless hunt transpiring even before we bear witness to how unwavering the men seeking them are in their retribution. The brothers label Catch Me Daddy a Western with good reason. It definitely has that feel in its methodical cat and mouse chase never spilling over into action. Zaheer’s men and accomplice Barry all know Laila’s ability to elude them can last only so long. One missed opportunity will bring another and a dinner stop isn’t going to compromise a thing. To learn the actors—save familiar faces in Lewis, McCarron, and Zakir—are unknowns plucked from the streets is hard to believe since none is out-of-place or a hair off target emotionally. Even Sameena joined the cast as a non-professional noticed on an evening walk home in North Manchester. To witness her power juxtaposed by a playfulness with young customers at the salon where she works and the abject fear when pitted against her father in a harrowing final scene breaking their characters into raw energy is to see Laila as a human being imprisoned within a body of someone who’s never been free a day in her life. By the end she’s so defeated and lost that there’s nothing left for her besides a distant memory of innocence too faded to know if it was ever real.

And beneath the ever-increasing suspense of predator and prey’s distance collapsing lies its setting’s sense of despair. Everyone Barry approaches with Laila’s photo is beaten down—some piqued by the promise of money for information and others a compassionate heart knowing what his search means. Even with the latter, however, it’s hard to know whom to trust because this West Yorkshire melting pot of races, languages, and culture leave all unsure of their standing with the rest. Shahid Ahmed’s taxi driver epitomizes this as someone willing to stick his neck out for those in need. But help is constantly met with skepticism and assumption of price—a paranoia leaving everyone vulnerable unless he’s willing to act first. While barking orders from afar is easy, guilt of hindsight and fear of foresight renders personally sticking that knife in impossible.

Catch Me Daddy is in limited theatrical release Friday, August 7th and on VOD September 1st.