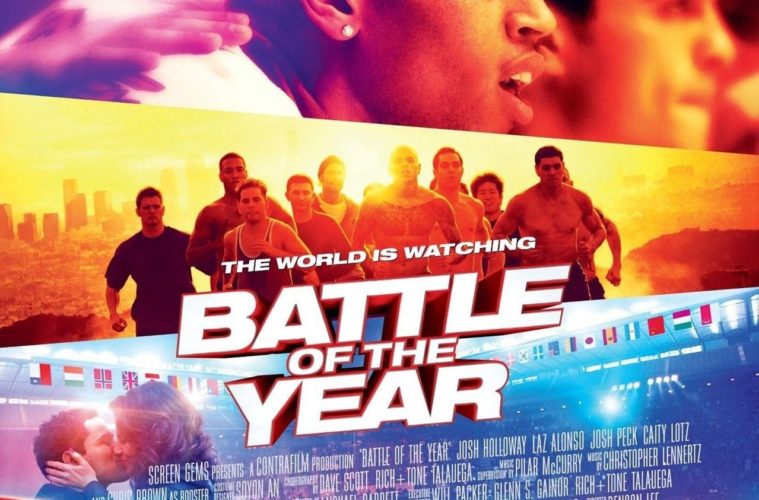 [Review] Battle of the Year 3D

Dance movies, typically, are amongst the best kinds of films for 3D, although motion is heavily regulated and carefully controlled. I remember listening to Jon Chu on NPR discuss the aesthetics of Step Up 2. In essence, he learned watching from behind a 3D monitor that the dances would have to slow down. While not great movies by any stretch of the imagination, the last two Step Up features (both in 3D) used it well, along with Pina and Step Up’s British cousin Street Dance 3D.

Battle of the Year 3D is a such a dizzying experience that I was afraid I might be pulled over by the police driving home. I can take filmmaker Ken Jacobs‘ 3D experiments (attempting to create the effect without the need for glasses) in doses, but here director Benson Lee has no idea what he’s doing. In investigating this matter during the end credits, it’s entirely possible the RealD XL polarizer (which “recycles light” projecting the same image twice) was not properly aligned, which certainly doesn’t help. Adapted from director Lee’s documentary Planet B-Boy (which is referenced about 45 times in this film), Battle of the Year knows the culture, although it feels dumbed down for a mainstream audience — with all its over-the-top product placement, it is in no place to offer a critique on the branding of street culture. On paper, Lee may have been the right guy for the job, but I wish more consideration were given to composing images for 3D. Then again, I wish writers Brin Hill and Chris Parker would have spent more time developing these characters — each gets an initial dump of exposition so on-the-nose it sounds they’re reading right from the writer’s prep notebook.

Battle of the Year might be more of interest to corporate HR professionals, studying team building and organizational behavior, as the story is squarely built on their applications in dance. The B-Boy culture crews come up together as organic, neighborhood constructs and disrupting the model, coach Jason Blake (Josh Holloway) pulls together the best of the best for an American Dream Team and spends a good 40 minutes of screen time breaking them down to build them back up. The film opens with some regret: America, while the originator of B-Boy dance culture, is no longer the king. Dante Graham (Laz Alonso) is a B-Boy legend who, we’re led to believe, runs some kind of life style brand (the film never makes that very clear), recruiting his old pal Blake (Holloway), a basketball championship coach whose turned to drinking after his wife and kid are killed in a car wreck, to lead team Graham to victory. Josh Peck plays Franklyn, a Jewish kid who dreams of B-Boy-ing, he’s promoted by Graham to assistant coach.

After initial cuts, the team practices and practices in a former youth detention center with the end goal of attending Battle of the Year in Paris. When Franklyn suggests they hire a choreographer, Stacy (Caity Lotz) shows up to what’s mostly an all-male cast in an all-male world. The story has too many familiar character beats and while it knows the procedures of this world, any sort of its textures are missing. The training montages are quick, often using a 3D floating windows technique to spice things up a tad. The overall problem is the story, as everything happens right on time. There’s a gay kid, Lil Adonis (Richard Maguire) who isn’t accepted and then is — Franklyn even comments to Blake, “This is like Glee with crips and bloods.” Unfortunately, this all too sanitized a portrait to achieve any authenticity. We get only one real backstory that takes places outside of this camp, but we keep hearing from folks, “we’ve come up from nothing,” but we never see what “nothing” looks like.

Then again, the film is not about character so much as it’s about ego, especially Chris Brown’s Rooster. Perhaps it’s for kids in similar positions, and as a work of escapism, it’s not permissible to veer into realism. For all the talk of America as underdog we rarely feel it as a sting to our national pride. With a shocking amount of product placement for international brands throughout, it comes off as a global consumer product rather than a film. Not only does it fail to use 3D, with its rapid edits, but the dramatic stuff is poorly edited and sound mixed as well — like Rooster, it refuses to slow down. Rooster eventually blows out a knee, while this movie assaulted my eyes. Seeing it in 2D will do less damage on your eyes, but unfortunately, not your intellect.

Battle of the Year 3D is now playing in wide release.