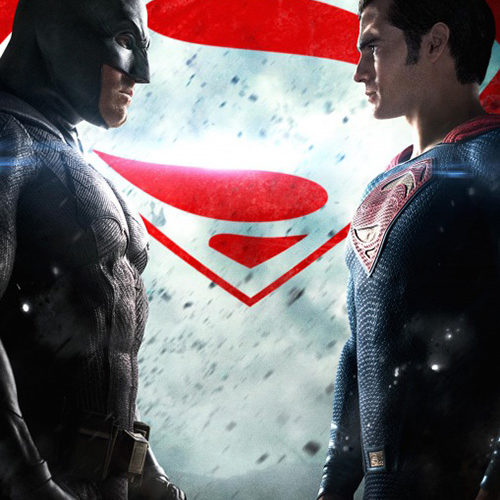 Once the dust from its cataclysmic finale had settled — both on the screen and in the wider pop-culture conversation that followed — everyone seemed to be wondering the same thing: would a sequel be able to make sense of the carnage and mayhem seen at the end of Man of Steel? Fans who witnessed the backlash assumed that the wreckage of Metropolis would serve as a staging ground for the next film’s story and themes. Detractors guessed that damage control of a different kind would be made to happen on a script level. Every movie should be viewed in a vacuum, taken at face value as being beholden only to its own ambitions. All the same, thanks to the uproar caused by the seemingly wanton destruction meted out by its titular hero, people assumed that, in some form or fashion, whatever came next would show that lessons had been learned either onscreen or behind the scenes.

Unfortunately, Batman v Superman: Dawn of Justice seems to have made only the most feigned and cursory of steps forward in the action accountability department while taking a rather nasty spill backward in terms of story, cohesion (both visual and thematic), and tone. Minor lip service is given to the idea that heroes ought not to destroy the places and people they seem to want to protect, yet the movie as a whole still attempts to out-do the chaos, disorder, decimation, and ferocity of its predecessor at every turn. The result is a movie that has brazenly refused to learn from its own past, and yet insultingly, boldly pretends to have grown and matured all the same.

Make no mistake that, when I say lip service, I mean it in the most literal of all ways possible. Every battle in this movie gives us property damage and pyrotechnic exhibitionism on a scale similar to — if not larger than — before, but now dialogue has been carefully inserted to assure audiences that casualties will be held to a minimum. This comes on the heels of a prologue set during the final battle of the previous film which makes sure that we know, for a certainty, that buildings in a city currently undergoing a massive alien attack remained wholly occupied against all urgings of sense and logic. It is a pointless bow toward redemption, and is as poorly executed and considered as almost anything else that happens in Zack Snyder‘s latest film.

This prologue also introduces us to Bruce Wayne (Ben Affleck), who manages to save a wounded employee and a young girl who stands immaculately framed by precarious wreckage, allowing for optimal imperilment aesthetics. Thanks to this moment, and owing to his own tragic backstory — shown in impressionistic flashbacks during an opening dream sequence — Wayne decides that Superman (Henry Cavill) must be stopped at all costs. This desire most readily manifests itself in Batman’s new habit of branding criminals with his bat silhouette. Since his targets in the film seem to be made up entirely of sex criminals, this mark acts as a death sentence to those sent to prison.

Batman’s rage aside, most of Metropolis seems utterly disinterested in the fact that Superman’s battle with Zod destroyed most of their city, leaving only Wayne and a number of protestors on Capitol Hill to hold the ire one might expect from the world at large. Perhaps only those protestors were not around for the montage of rote and hilariously messianic hero moments Superman is given so that we, the audience, don’t forget that he exists in this film.

The protestors are on the Hill because a series of hearings are being held to ascertain something related to Superman, though their full purpose is hard to discern. Senator Finch (Holly Hunter) seems to want Superman to answer for his actions, which is not unreasonable, but what final action she seems to desire from this hearing is ultimately unknown. She makes time to meet with Lex Luthor (Jessie Eisenberg), who is working on a weapon he believes can neutralize Superman’s powers, and yet she ultimately blocks the special permit he needs in order to complete the project — which in no way slows him down or makes his work harder.

If this review has begun to feel like a lot of setting up of dominos with no apparent care or consideration, be assured that the events and plots play no better on the screen than they do on the page. And if you are wondering where Superman is during all of this, how he feels about what he did to Metropolis, and how he views his public-image problem, then you might as well have already seen the film. Attempts are made to create a compelling moral quandary for the Man of Steel, but none of them ever truly hit home on an emotional or thematic level. The movie can’t seem to understand why people are upset with Superman over his careless destruction, so it can barely even be bothered to truly wring a sincere moment of introspection from him. When another tragedy strikes with him unwittingly at the center, Superman retires to the Antarctic for a while, where a conversation with the past only serves to further prove how poorly this movie seems to understand its own backstory, its own characters, and the perception that was brought to bear by outside audiences on those characters.

These plots and others all run on their own circuits: fraught with incident, sometimes colliding, often times messily and bafflingly, while only rarely reaching the levels of profundity and drama that Hans Zimmer and Junkie XL‘s score so insistently tries to make you believe they have reached. The score, which was one of the unassailable parts of Man of Steel, is, in this case, a bellowing child or an incoherent revival preacher, hoping that volume and cadence will instill in the listener the meaning the film fails to communicate in all other ways. As the editing and pacing make any sense of momentum and rising action impossible to discern, the music always rushes along, loudly hoping to fill in the gaps.

The greatest betrayal that this film enacts, however, is not to the hopes of the audience or to the memory of the Batman films which so recently preceded it, but to its own premise. Affleck does his best to brood and glower his way into a meaningful psychological underpinning for Bruce / Batman’s hatred of Superman, but, without a movie of his own to set up the history of this particular iteration of the character, he is lost. Dream sequences seek to trowel spackling paste over the cracks left in his character’s foundation; on the whole, they can (at best) be considered attractive wastes of time. They always give us more “what he fears” and never any “why he fears it.” Meanwhile, even though Clark Kent — Superman’s reporter alter ego — seems dead-set on doing an anti-Batman expose, Superman’s clash with Batman comes off as an almost accidental concern. They have one brief meeting wherein not a single word is exchanged in service of helping the other understand where they are coming from. Kent continues to think that Batman is the worst because he is branding and condemning criminals, yet he seems to hold no concern for the thousands of lives lost thanks to his own work.

All of this rushes wildly and half-heartedly to another conclusion that is overlong, stunningly loud, awash in CGI spectacle, and somehow bereft of the breathless thrill and scale that came at Man of Steel‘s end. Moral concerns aside, the end of that movie made you feel something. Here, the unending thrum of bodies colliding and structures toppling seems airless, crushingly repetitive, sapped of any technical or narrative merit. Then again, none of this film’s many battles or action scenes are particularly well shot or edited — save one, but it takes place in a dream and is thus even more thoroughly devoid of practical import, regardless of its technical merits. That the final battle involves an opposing force that comes from out of nowhere — for reasons too simple to be compelling and through machinations too confounding to be entertaining — only makes the whole dark mess all the more unbearable to behold.

In total, Batman v Superman is a movie that seems to exist only because of the pure inevitability of its own creation, not because anyone involved in said creation seemed to have something to say through it. The best performances either sink under the weight of their own efforts (Eisenberg’s Luthor) or, in the case of Gal Gadot‘s Wonder Woman and Jeremy Irons‘ Alfred, are given so little screen time that they have all the redemptive impact of a cool breeze brought on by a hurricane. It is a movie that sticks to the gross convictions of its predecessor while lazily rolling its eyes to deliver a line or two of comfort to those who had condemned it. It is a movie populated with people who jerk violently, both emotionally and intellectually, at the whims of a disinterested script rather than operating via the mechanisms of even a rudimentary human mind. It is a movie ostensibly about consequences that never lingers long enough on its own story to consider that the things happening in the narrative present ought to have consequences as well. Very little matters; very little makes sense.

As the final scene further shrinks any sense of narrative logic or meaning down to infinitesimal stature, it can take a while for the most sobering critical realization to sink in: no matter how minuscule those facets have become, they still appear colossal when compared to any lingering hope that things might be better on the next, inevitable go-round.