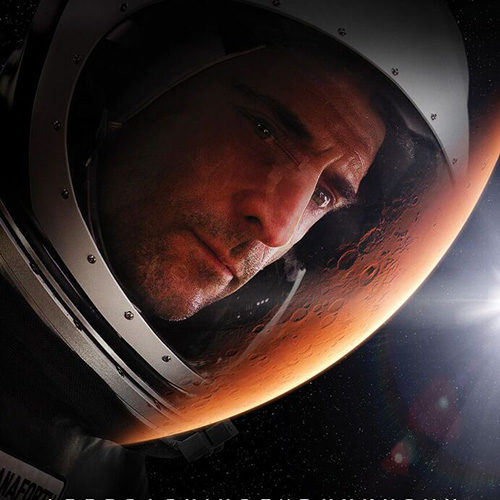 While the mission is one thing, your reason for performing it could be drastically different. For Captain William Stanaforth (Mark Strong) the two barely overlap except for a common destination: Mars. He will be the first man to ever step foot on the Red Planet with another astronaut (Sanaa Lathan‘s Maddox) following closely behind his 270-day journey by about a month. He’s bringing a water generator he created that synthesizes the fluid from soil and she has supplies to ready future colonization. The endeavor is a calculated risk when looked upon objectively, but both have agreed to shoulder the danger a one-way journey provides wherein reaching their target is hardly guaranteed. They quite literally are Approaching the Unknown with Stanaforth willfully embracing the melancholy of his loneliness. The answer to the why of this adventure is what Mark Elijah Rosenberg‘s debut feature seeks to explain in its virtual one-man show. We watch Stanaforth devolve from hopeful optimism to crazed delusions with a nagging feeling behind everything that has us wondering if he ever actually got on that shuttle. It seems pretty straightforward once he leaves Houston with ground control’s Louis ‘Skinny’ Skinner (Luke Wilson) in his ear. He waters his plants, checks his generator, exercises, showers, and talks with students across America via satellite link. He has a visit to the space station as a last glimpse of humanity (though Charles Baker‘s Worsely and Anders Danielsen Lie‘s Greenstreet are hardly poster children for the joy of isolation) and off he goes. The days tick away.

But then we start getting quick bursts of memories. Or is it reality? Stanaforth is cooped up in his small space room one second and the next he’s drowning in sweat atop desert sand. This journey would never have moved forward unless he solved his experiment to turn dirt into water. So he trapped himself in the desert, his only source of drinking water that which he would theoretically create with his machine. Stanaforth recounts his struggle in voiceover, telling of the dehydration and light-headedness. He also exclaims relief in success, somehow finding his solution before his body completely shutdown. The rest is history. Mars was calling and he found a way to let NASA send him. His mission was to experience something Earth could no longer provide. How desperate was he to do so, though? When do his delusions begin: in that desert or 100-plus days into the voyage? Rosenberg leaves it up to you to discern for yourself. Are you an optimist believing this science fiction allows its central character to fulfill his dreams no matter how selfish and laser-focused they are? Or are you a pragmatist projecting reality upon this fiction to label Mars a pipedream and therefore getting there little more than hallucination? You could be so cynical to think Stanaforth isn’t even an astronaut. Maybe he’s just some failed scientist who imagined an elaborate theater play in his head to bring his life’s work to fruition. His subconscious warns him to turn back, but his stubborn hubris refuses to listen.

Credit Rosenberg for keeping things ambiguous because it does make the film more interesting. Without this lingering sense of potential artifice, Approaching the Unknown becomes a slow-moving descent into acceptance — not quite a riveting plot with the suspenseful intrigue a descent into madness brings. If Stanaforth does go mad he does it in a calm, collected way wherein his desire to see Mars trumps NASA’s hopes to bring him home alive. We know Strong can do crazy (the under-rated Sunshine is a perfect example of what he can do in this genre to that effect), so his rather unfazed attitude is difficult to take at face value. But if it’s all in his head, there’s no reason to fly off the handle because his heroism can’t be refuted. Or maybe Rosenberg just doesn’t care about melodramatic theatrics and instead has crafted a psychological drama without conventional action thrills. Maybe his goal was to deliver a character that actually is smart enough and dedicated enough to see this journey through. Stanaforth could be so put-together that his acceptance was never in question. There’s no need to breakdown when things go awry because he knows he has the capacity to fix whatever stands in his way from stepping upon Mars. You may not get the most exciting film from of this directorial choice, but it is a unique one. Rosenberg would have then built an anti-drama of sorts. Hiccups are inconsequential, the mission an afterthought. Sometimes what seems insane isn’t depending on your vantage point.

The fact I can think of four different interpretations of what’s actually happening to Captain Stanaforth that work makes it difficult for me to say Approaching the Unknown is anything but a success. Good science fiction makes you question what’s onscreen as well as what’s around you. We’ve become so accustomed to seeing chaos and theoretical danger that we’ve forgotten about the allure of discovery. Stanaforth isn’t going to Mars because Earth is dying, he’s escaping stagnancy. It’s not about aliens or global-warming threatening our future; it’s about going where no one has gone before. Somewhere along the way we’ve lost that unbridled sense of achieving the impossible because we fear what may result. Stanaforth doesn’t care about the future, he’s living for the now.