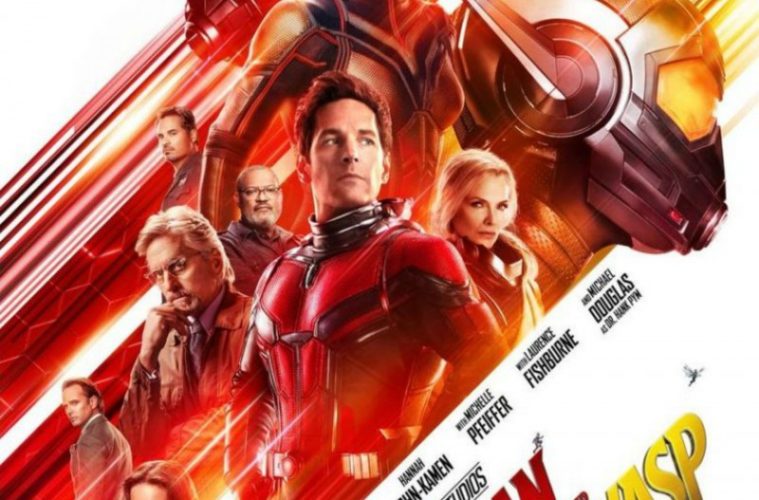 Review: ‘Ant-Man and the Wasp’ is a Lighthearted Breather for the MCU

After the apocalyptic implications following the cliffhanger of Avengers: Infinity War, one wonders where Marvel could go next. Small, of course. Ant-Man was the franchise’s most playful, inconsequential offering, so it’s only fitting that another insular story featuring Paul Rudd’s Scott Lang and shrinkable company would make a worthwhile breather in a world of superheroes where the fate of the world is often the name of the game. That’s clearly–and thankfully–not the mission here and in his follow-up Peyton Reed doubles down on the comedic charms of his cast, playing up Rudd’s aloofness and winning reactions to the quantum-related craziness going on around him, while also providing inventive new perspectives into their size-adjusting quarrels.

Sentenced to two years of hour arrest then three years of probation due to his involvement with whatever the government was mad about in the Captain America (or was it Avengers?) film I’ve completely forgotten about, Lang is now forced to spend his days at home spending time with this daughter. With some home-crafted fun that would make Michel Gondry proud, he’s also looking to get back on his feet, financially speaking, by launching a security firm with Luis (Michael Peña, who once again steals the show). When he’s sucked back into a mission from Hank Pym (Michael Douglas) and Hope van Dyne (Evangeline Lilly), the opportunity to suit back up for an ant-sized adventure awaits.

Despite the title of Ant-Man and the Wasp, it’s actually that relationship that least registers, strangely. In a strong emotional throughline, Lilly’s Hope is invested in reuniting her mother Janet (Michelle Pfeiffer, in a small but impactful role), who has been trapped for decades in the Quantum Realm. However, Hope’s relationship with Lang feels more like an afterthought, not so much evolving over the film, but rather sporadically manifested to reach an obvious ending point.

Also distracting things is what’s as close to a villain subplot as the film aims for, featuring Hannah John-Kamen’s Ghost character. Afflicted by a quantum-related disaster as a child, she experiences the pain of constant molecular reattribution throughout her body, and therefore hopes to steal Pym’s technology as a cure. It’s clear that the screenwriting team of Paul Rudd, Chris McKenna, Erik Sommers, Andrew Barrer, and Gabriel Ferrari were hoping to not throw a Thanos-esque supervillain into the mix, but this subplot of an empathetic antagonist proves to be a tedious distraction that can suck the energy from the rest of the escapades.

The most interesting new addition to the team is not in front of the camera, but behind. Shot by Heat and L.A. Confidential cinematographer Dante Spinotti, he’s admitted that much of the movie was pre-vised before he got there, but was given total creative freedom in the look of the film and his touch shows. There’s a nimble, vibrant approach to the proceedings, especially in a car chase sequence that might not measure up to his Michael Mann collaborations, but still provides a great deal of fun. Of course, much of the enjoyment with this specific superhero is seeing the spirit of the Honey, I Shrunk the Kids franchise live on as perspectives are perpetually played with, hitting a stride when Lang only half-shrinks during a mission to a middle school.

With no burden to juggle dozens of characters like his other Marvel brethren, Reed gets by on the simple elements he knows will land. There’s Walton Goggins hamming it up, Michael Peña nailing every line he’s given, a doofy Paul Rudd reacting to situations out of his intelligence purview, and a delightful cameo by Tim Heidecker. In fact, when the lattermost actor ever-so-briefly appears one wishes for the kind of the absurdist, tear-inducing comedy he’s known to produce. Ant-Man and the Wasp may never achieve that level of surrealist humor, but as a series of amusing quips and inventive setpieces, the rest of the Marvel family could learn a thing or two from the scrappy small-scale of their tiniest colleague.

Ant-Man and the Wasp opens on July 6.