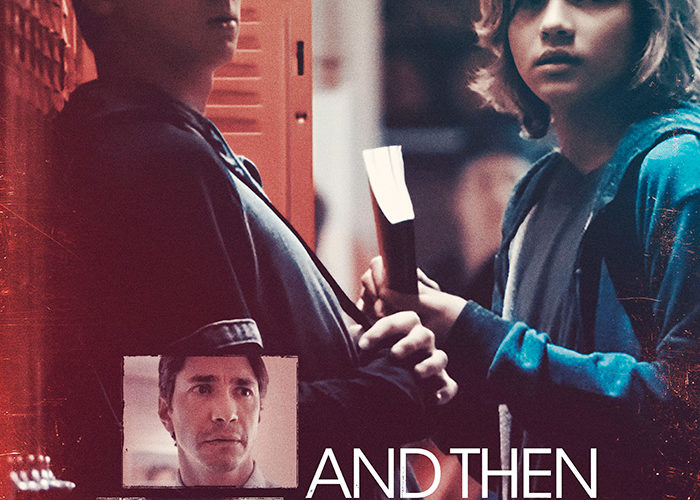 Review: ‘And Then I Go’ Lays Out a Dark Path Fostered by Teenage Alienation

The Columbine massacre happened in 1999. It’s crazy to think it’s been over twenty years because we seem to have a new school shooting every month now. And as they grew in prevalence, the conversation surrounding them shifted from tragedy to politicization. Gus Van Sant’s Elephant arrived in 2003 as a poetic psychological display unconcerned with pretending to know answers. It documented the experience of this tragic event as an emotional confluence between troubled souls on both sides of the gun — the mundane taking on meaning beyond its façade. With the help of a 24-hour news cycle, however, this notion of problematic complexity has been erased. Now it’s monster versus victim. It’s mental illness versus gun control. The empathy necessary to solve this terrifying epidemic ceases to exist.

Choosing to tell a story on this subject in 2018 must therefore combat many more prejudices and preconceptions than at a time when the wound was still fresh — when the world mourned instead of simply turning the channel. Vincent Grashaw’s And Then I Go is no exception. Based on the novel Project X by Jim Shepard (and adapted by Shepard and Brett Haley), the film presents itself as an objective look at everything that might go into a school shooting similar to Elephant but with a narrative propulsion that also seeks to subjectively give us reasons why. It’s a duality that can’t help but give someone pause, especially if that someone has his/her own ideas about what the “real” systemic issues behind these tragedies are.

I couldn’t stop questioning this narrative decision for two reasons. One: I couldn’t open myself up to feel sympathy for Edwin (Arman Darbo) knowing what his anger, frustration, and anxiety may potential lead him to do. And two: the desire on behalf of the filmmakers to have me feel that sympathy forced me into assuming I knew how everything would shake out. In my mind the only reason to make a would-be murderer sympathetic was to set him up to be the hero. I found myself waiting for the moment when Edwin would come to his senses and stop his only friend Flake (Sawyer Barth) by talking him down or telling an adult. By projecting this thought upon it, I rendered the film trite and hollow. I did.

This is what I came to realize was the experience’s point. Whereas Grashaw and company were presenting situational facts about bullying, parenting, and apathy similarly to how Van Sant did fifteen years ago — albeit much more straightforwardly — I no longer was able to absorb them the same way. We’ve been conditioned by the media to cement within ourselves an immovable sense of judgment. That these “lone” gunmen don’t deserve to be seen as humans or do only insofar as they can be used as a tool or cautionary tale about what can happen when semi-automatic weapons are allowed in private homes. I was denying Edwin’s humanity sight unseen because the moment he agreed to help see Flake’s plan to fruition was the moment he forfeited his soul.

Don’t get me wrong: to a certain extent he did. But rather than see a path towards redemption for Edwin as something to hope for, I saw it as a contrivance. And Then I Go more or less opened my eyes to an internal thought process I may or may not have realized was so powerfully ingrained within me. It showed how easily we look past the person to see the myriad external factors worthy of blame instead. It shows that the notion of rehabilitation is often a carrot we dangle without any true intention of providing it. This is why so many ex-convicts can’t find work. It’s why they have no choice but to go back to jail. We stigmatize because we’re all driven by fear.

But it’s not the fear of what they can do. It’s the fear of acknowledging our role in the horrors that might result. We buy assault rifles to “protect,” uninterested in how our having them means more are positioned to be stolen for murder. We laugh with derision or sarcasm at those in desperate need for compassion and understanding, ignorant to how such a reaction instantly proves their word won’t be trusted. There’s a scene where Edwin’s parents confront him about something that happened to their neighbor. Dad (Justin Long’s Tim) laughs while Mom (Melanie Lynsky’s Janice) accuses. “Tell us the truth,” they say. But they really mean, “Tell us what we suspect is true.” If you’re blamed either way, you might as well do something to earn it.

Shepard has written numerous such incidents to fuel and fan the flames. For every conversation of Mom and Dad asking Edwin to start liking things everyone else likes (way to confirm his individualism is “wrong”) there’s also one of praise (Carrie Preston’s art teacher Ms. Arnold) or acceptance (Royalty Hightower’s Tawanda and Phebe Cox’s Michele asking to work with him even if their motives aren’t wholly pure). He’s showing that one thing doesn’t drive someone to do what Edwin and Flake are working towards as well as how one thing can’t bring them back from the brink of futility. We look into Darbo’s eyes and see a mixture of sorrow and rage. He plays Edwin as though he’s perpetually teetering on the edge. Which way will he fall?

This is where the tension arises. And it’s surely there throughout even if I only realized it after letting my personal prejudices wash away. Because it isn’t sympathy that Grashaw seeks. Just because he doesn’t present these kids with revulsion doesn’t mean he’s setting them up to be forgiven. The film is merely presenting its central character with honesty and authenticity. Those times when Edwin gives pause are obvious, but so too are the ones when his hate is triggered back into the foreground. The same goes with Flake despite his characterization being much more two-dimensionally beyond saving. We watch his aggression bubble and his confidence (or nihilistic dissolution of self-preservation) allow him to show no fear. It’s tough to not let go when completely surrounded by bullies.

And everyone onscreen is a bully whether intentional or not. Everyone is held complicit, their words and anger as deadly to the target as a bullet. There’s a reason people say, “Oh, he was such a nice boy” in the aftermath of these events. They’re too afraid to admit their role. If someone they knew was capable of this, they were either blind or partly to blame. What if we punished the instigator instead of the boy fighting back in self-defense? What if we learned to appreciate our son’s interests instead of forcing ours upon him? What if we used compassion instead of patronization when telling a student he wasn’t living up to his potential? The “what ifs” are infinite and they all matter. Society isn’t innocent.

And Then I Go is now in limited release.