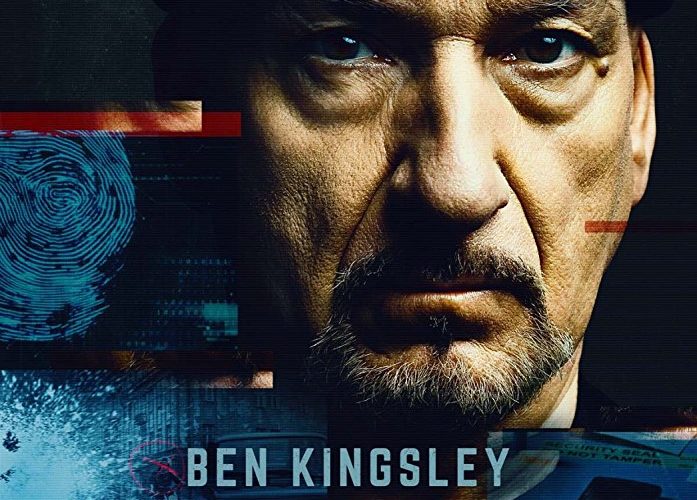 Despite being someone known for family-friendly fare (Casper and A Series of Unfortunate Events), Brad Silberling was always the guy behind the under-rated Moonlight Mile to me. Beyond its sentimentality and contrivances, it cemented his name as one to follow. Besides 10 Items or Less, however, he career mostly shifted from film to television. I’ll admit I eventually forgot this name during the fifteen years since taking note, its appearance as writer and director of An Ordinary Man reminding me of the potential it held. Even so, I can’t say a film about a war criminal that appeared to want to shine a sympathetic light upon him sounded like it could ever legitimately work, but I was pleasantly surprised to discover it did.

Ben Kingsley stars as “The General.” This is how we know him because it is how everyone else does too. Some say it with reverence while others do so shaking in fear. He led a genocidal massacre after his war for Yugoslavia had already been lost. He killed innocents for a cause that he admits was unnecessary except for the fact that it became necessary. And now he is on the run, constantly moving locales under the watchful eye of his driver Miro (Peter Serafinowicz) to evade the tightening noose of the current regime. But he refuses to “hide.” He refuses to apologize for doing his job even though he laments its role in destroying his family and life. He served his country, not the one left behind.

This is where many will check out. Our knee-jerk reaction is to dismiss him like we would any Nazi equivalent. Just because he was “doing his job” doesn’t mean he wasn’t a monster. But that mode of thinking arrives when the monster tries to argue he’s not. We hate these men because they believe they didn’t have a choice—that their own death wasn’t the correct choice opposite the death of countless others. This character is most akin to the one Kingsley played in Sexy Beast, though. He’s a bear of a man who stands his ground and regrets nothing (albeit tamer in language and possessed with a capacity for feeling compassion). There’s no remorse onscreen, no desire for forgiveness. He wasn’t following orders. He was giving them.

It may not seem like much on the surface, but this is huge in execution. Silberling in effect removes subjectivity from the equation by not pretending there are two sides to the equation. He isn’t interested in having his audience take pause to question its vitriol. Nothing he or Kingsley show earns sympathy because the character neither wants nor deserves it. The General is a deplorable figure still surrounded by sycophants because a part of this country remembers what they were fighting for—whether it was right or not. There’s no point in wasting time to try and posit that they had a point because having one doesn’t excuse the senseless murder. But being the unquestionable villain doesn’t negate complexity. It doesn’t erase the effects of his actions.

This complexity is An Ordinary Man‘s entire reason for existence. It provides examples of indoctrination, loyalty, vengeance, and loss. It shows us the cost not only of those in opposition to The General, but also those by his side. Because doing what he did held a personal price too. By choosing country over morality, he chose the label “monster” knowing he could never realistically turn back. He reveled in it because it served his purposes. Was it truly who he was, though? That’s in the eye of the beholder. Nothing he says to expose the incongruities between what he is inside and the image born from what he did on the battlefield will sway your opinion. It will only remind us of the danger ideology trumping humanity creates.

And that’s an important lesson to learn, especially in today’s America filled with brainwashed masses willfully ignoring how tough facts and unjustifiable hopes aren’t synonymous with “fake news” and “alternative truths” respectively. Silberling doesn’t introduce Tanja (Hera Hilmar) as a means to show a soft side of The General or expose his evil. She enters as an example of innocence warped by emotion. Her stumbling into his apartment unannounced and ultimately being forced into service as his maid, prisoner, confidant, or what have you is to put a mirror on his youth and her future. He’s a daughterless father and she a fatherless daughter, both trapped by the false idealism of a past they believe was taken from them. They’re both on the wrong side of history.

So we watch as they try to bring former happiness back into their lives by filling the roles they each lost in the midst of war to reclaim a humanity they may not merit. It’s not about him finding redemption or her escape—just that they can seek those things despite their demons. This is neither a love story nor a fairy tale. It’s an authentic depiction of the complex arena war leaves the losing side in its wake. We don’t empathize with these characters as much as accept them, allowing them to exist within their pain with or without passing judgment. By making both characters of the losing side, their sympathy for each other is rendered real because neither is sacrificing his/her beliefs to do so.

It’s therefore okay to hate them. You don’t have to like them to acknowledge what they mean for each other. And as the abrupt yet perfectly orchestrated climax proves, Silberling doesn’t want us to either. This story isn’t working towards a solution or revisionist history. It merely reminds us that the Devil doesn’t commit atrocities. Men and women do. Kingsley and Hilmar ensure we believe this by delivering three-dimensional performances we’re used to seeing on the heroic side. Their characters deserve it too because in their minds they are the heroes. Yes, they were objectively wrong and, yes, they should pay, but that doesn’t negate the fact their warped minds see their situation as one of injustice. Their ideology made them monsters. Yours can potentially do the same.