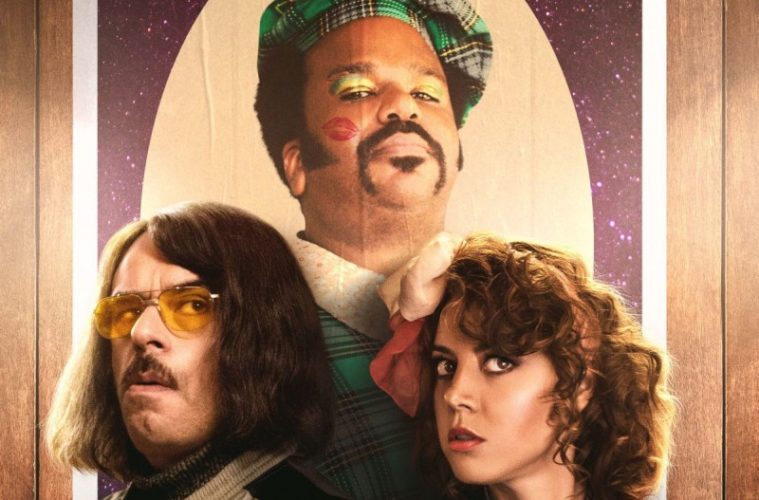 Review: ‘An Evening With Beverly Luff Linn’ is an Off-Kilter Hybrid Between David Lynch and ‘Napoleon Dynamite’

Writer-director Jim Hosking seems determined to entertain–and divide. From a segment in The ABCs of Death 2 to his feature debut The Greasy Strangler, it was made crystal clear that Hosking has a fascination for deviants and dark comedy. With An Evening With Beverly Luff Linn, he lands on a sort of strange hybrid between David Lynch and Napoleon Dynamite. Incorporating the uncanny valley of the former and the indie ineptitude of the latter, the result is an off-kilter, at times hilarious film that nevertheless loses some of its impact as it stumbles through its own delirium.

An Evening with Beverly Luff Linn follows Lulu (Aubrey Plaza), a woman unhappy in her marriage and her job at her husband’s (a madcap Emile Hirsch) coffee shop. When she spots a TV advert for the titular show of magic (headed by a literally grunting Craig Robinson), her domestic stupor is shaken, and she sets off to the hotel where the event will be held with a fumbling man who likes risking his personal safety for the benefit of others (an endlessly watchable Jemaine Clement).

As may be evident above, the performances are one of the primary keys to unlock the incongruous fun of Luff Linn. Every single actor is dialed into the same frequency, which gives it all a sort of lunatic cohesion. Emile Hirsch is undeniably amazing, delivering line after line in the most detestable fashion imaginable. Scene-chewing doesn’t even begin to cover it; Hirsch is scene-gorging and he is definitely feasting with his mouth wide open. Plaza is on tempo with the rest, and she is the strange heart of the film, mostly using her eyes and quick delivery for maximum effect. Jemaine Celement is always a delight; he is the type of performer I could listen to for hours in a single take, and his energy is essential to enlivening the affair as it wades toward its most suffocating waters in its second half. Throughout, the performers give a type of delivery that simultaneously acknowledges every line is written on a page and carefully memorized, and yet somehow also feels organic to this world.

The above cohesion is varnished through blocking, set design, cinematography, and its dinky score of wubs and dubs. Music is used throughout as a layer of tone, maintaining a consistency to atmosphere that at its height recalls Lynch (particularly Twin Peaks: The Return), and yet where Lynch seems concerned with the entirety of human experience, Hosking fixates on an oddball narrative more excited by an indie romance structure than true experimentation. Indeed, beneath its kooky veneer is an extremely simplistic story. There is no inherent problem here, except that Hosking’s intense focus on establishing an unsettling and sometimes hilarious environment hints that he could imbue the entire affair — from individual scenes and characterization all the way to broader thematic and narrative concerns — with more esotericism.

Hosking also uses music to accentuate and contrast scenarios, like playing rhythmic and mildly intense synths over one of the most ludicrously botched robberies I’ve ever watched. Another musical highlight is a sequence set in the hotel’s pool; it’s incredibly bizarre, oddly sexual, and completely enveloped in an off-kilter tone. Here, the music, cutting, and performances feel as though they climax. This sequence also accentuates Craig Robinson’s comedic audacity, and using his whole body for impact.

It’s the kind of film packed with non sequitur moments, and yet some references come back in varying degrees of importance and success. This is sort of a summary of the film as a whole: not every moment or line ‘works,’ and yet the entire affair is enveloped in its own specific rhythms to the point where it holds your attention in some kind of strange blend of lethargy and mania. In this same vein, some elements wear thin, losing their charm when it feels as though they aren’t developing or leading to conclusions. And unfortunately, when some enigmas and ciphers are deconstructed, it makes one wish they had remained as mysteries and quirks.

I’m suspicious of the phrase ‘not for everyone,’ and yet films like An Evening with Beverly Luff Linn seem built for it. It’s an uneven, wacky romp filled with enticing performances that are stuck in a film which lands and then meanders. While its first half often sings and captivates, its back end struggles to both develop its ideas and maintain its careful tonalities. This shift feels intentional up to a degree, and yet what takes its place doesn’t add up to anything notably cohesive or satisfying. Still, every moment of Beverly Luff Linn is filtered through Hosking’s very specific, at times hilarious periscope, and that will be enough for many—or perhaps just the strange.

An Evening with Beverly Luff Linn opens in limited release and VOD on Friday, October 19.