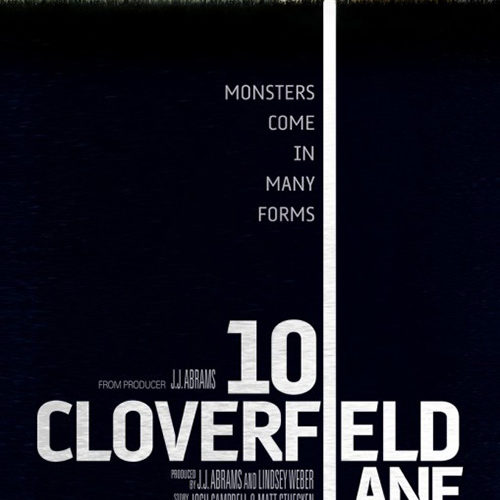 Forget the Cloverfield connection. The actors who were in this film didn’t even know what the title was until moments before the first trailer dropped. Producer J.J. Abrams used that branding as part of the wrapping for its promotional mystery box, but the movie stands perfectly alone from 2008’s found-footage monster picture. Hell, 10 Cloverfield Lane perhaps doesn’t even take place within the same fictional universe as that film — although a friend asked if it’s secretly a Super 8 sequel, and, honestly, you could think of it as one without contradicting anything in either movie. Whether the Cloverfield name fills you with wariness or enthusiasm, it would be unwise to burden Dan Trachtenberg‘s film with such prejudices.

But there is a strong thematic thread to string between Cloverfield and this “spiritual successor.” Both are overt 9/11 stories — the former about living through the event and the latter about living in its aftermath. After getting in a car crash, Michelle (Mary Elizabeth Winstead) awakens in an underground bunker and is informed by her “savior” / captor, Howard (John Goodman), that the world above has ended. There’s been some vague sort of mass attack against the United States, and now the outside air is supposedly toxic. Howard, claiming lifeboat rules, wants Michelle and fellow bunker occupant Emmet (John Gallagher, Jr.) to keep to a strict regimen of survivalist routine and family fun times, such as putting together jigsaw puzzles and watching Pretty in Pink. The push-pull between stability and freedom, and whether security is really any guarantee of safety, lies beneath every conflict between Michelle and Howard.

On the level of simple entertainment, that conflict is also quite energizing. Michelle has considerable pluck and a talent for improvising weapons and tools out of found objects. (Richard Dean Anderson would be proud.) But Winstead plays more than a winsome heroine; Michelle speaks of her past indecisiveness as a motivating factor to take a stand against Howard’s interpersonal tyranny. Through her arc comes a stern rebuke to the modern security state. And unlike any hollow “We shall not be afraid!” declaration coming from dull action movies that otherwise preach that we should be absolutely terrified of the outside world, 10 Cloverfield Lane is resolute that there’s no excuse for authoritarianism. One could also read the ending as an endorsement of running off to fight ISIS or whatever, but I’m not going to expect my mainstream thrillers’ messaging to be flawless.

But this film’s true center is Goodman as the physical embodiment of modern conservative paranoia. Howard is a monster more terrifying than the one from Cloverfield, and, within the cramped confines of the bunker, he certainly looms as large as one. The soundscape escalates his every stomp into a boom, every opening or closing of a heavy metal door into a CRASH as jarring as a crumbling building. The frame tracks and cuts itself to accentuate the momentum of his movements, presenting him as a barreling juggernaut — the boulder from Raiders of the Lost Ark constantly looming over his prisoners. 10 Cloverfield Lane wrings most of its suspense and a surprising amount of humor out of Goodman’s unpredictability. Within Howard is an unnerving mix of controllingness, loneliness, ingenuity, coldness, pragmatism, and surprisingly good humor, and Goodman’s mask-swapping act is fantastic. There’s a believable human core to him which does not diminish his villainy in the slightest. He’s like the unholy baby of Annie Wilkes, Dick Cheney, and everyone to ever appear on Doomsday Preppers.

10 Cloverfield Lane is a fun one-location, three-person play, and each new twist it takes only makes it more exciting. It loses that setup in the final section (which was added to the original script after its Cloverfield connection was formed, and is thus more in kind with the older film than almost anything else in it), but I actually didn’t mind this too much. Shamefully, it ditches Goodman without satisfying closure, but pulls off a pretty spectacular follow-through for Winstead’s shift from prisoner to warrior. Really, the fact that it’s so drastically different from Cloverfield makes it a perfect sequel.