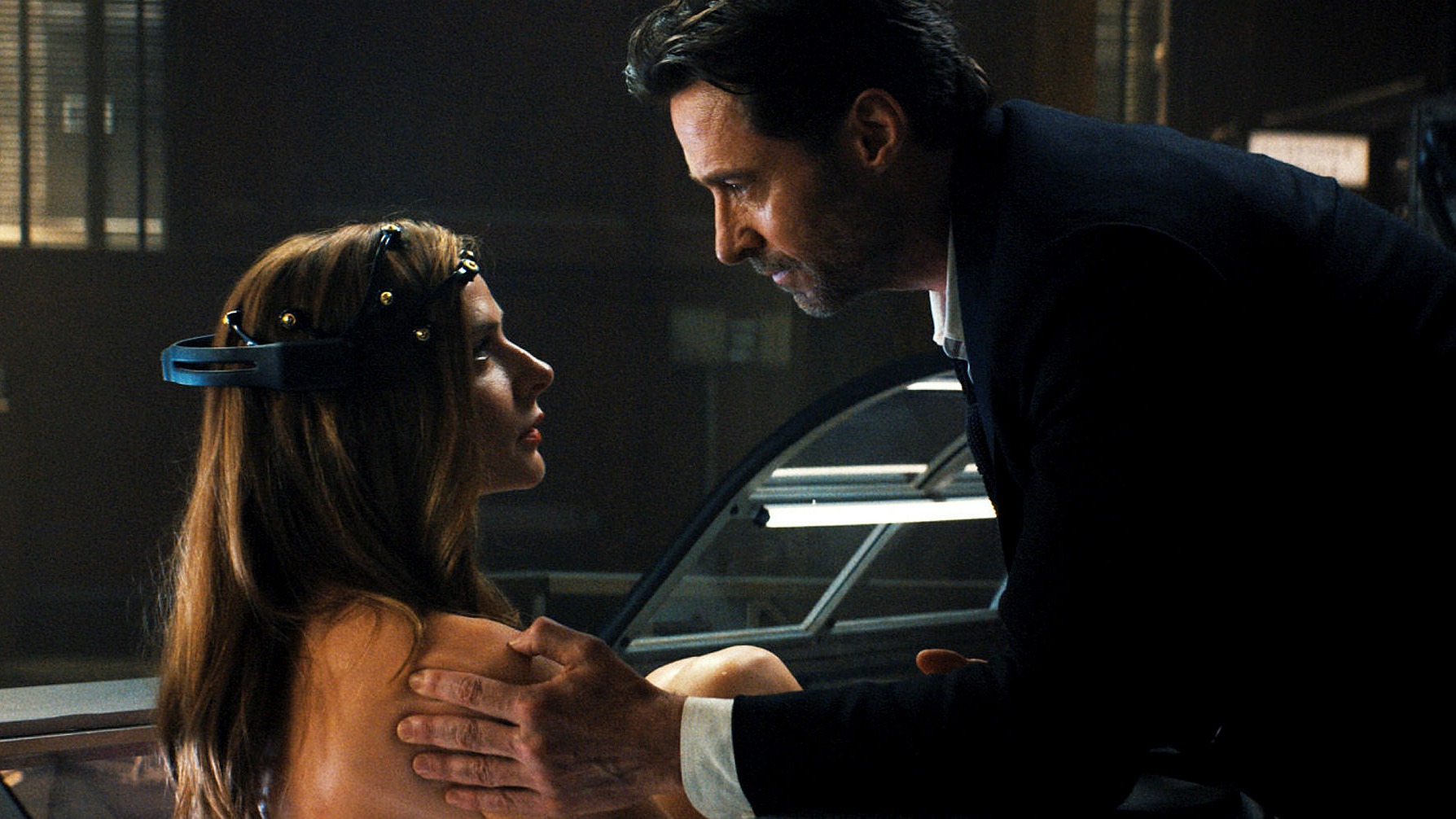 Despite being an amalgamation of virtually every elevated science-fiction movie of the past four decades—Strange Days, Eternal Sunshine of the Spotless Mind, Minority Report, Until the End of the World, both Blade Runners—the new film Reminiscence feels relatively lacking in self-importance. While prestige television (the film is directed by Westworld co-creator Lisa Joy) and A24 movies have seemingly accommodated us to seeing all genre now as capital-A allegory––the kind of work to inspire “it’s about” tweets or Letterboxd reviews––Reminiscence sticks to its narrow aims, never overwhelmed by a need to pander too hard to the New Yorker’s TV-recap culture. If certainly heavy-handed in its political allusions, one still gets the feeling its creatives ultimately just wanted to do their little ’90s throwback hard-boiled sci-fi noir. This is perhaps why it’s been dumped in late August and feels a bit like a disposable piece of “content” only contractually given a theatrical release. Yet maybe this is a good thing—the fate assigned to any mainstream movie that has a relative human touch.

Charmingly taking its place in the great tradition of Florida-based film noir, we follow a future Miami hit hard by climate change and already partly underwater, feeling as well the crunch of a border crisis and wealth disparity. As our private investigator and war veteran lead Nick (Hugh Jackman) puts it, a future where there’s “not much to look forward to.” With a badass co-worker (Thandie Newton, very strong) he thus operates his business around a device called Reminiscence, essentially a water tank that allows people to escape the painful reality by recreating their greatest memories.

The stable existence of his entrepreneurship comes into disarray, though, when his old flame Mae (Rebecca Ferguson)—of course a torch singer of all jobs—comes into the picture. Realizing that something is missing in his life, he decides to track her down. Jumping into his own memories and that of other clients and thugs to do so, his quest inevitably crosses over with that of a corrupt real-estate mogul wanted for murder.

The effectiveness of the noir trappings are hindered a little by Jackman. While certainly bearing the kind of handsomeness of an old-Hollywood lead à la Richard Conte or Dana Andrews, he’s really too much of a classically trained theatre kid to have the magnetism or bad-boy charisma of a Robert Mitchum or Robert Ryan. For a modern star, one can imagine Vin Diesel’s gravelly voice better selling the silliest lines.

Yet even if certain elements are off, the major accomplishment is that Reminiscence is not boring. It may be hard not to groan a little at Jackman and Ferguson’s strolls through an empty city being shot and edited exactly like the DiCaprio-Cotillard lovey-dovey flashbacks in Inception, but the film remains likable. Notwithstanding one gunfight and a fisticuffs, it never wants to become an action movie—more a progression of different shadowy locations and corny voiceover poetics. The television comparison will maybe further stick because of this, but its modesty is appealing, even when the storytelling can be a little clumsy and rushed.

If you want to look deeper, though, you’ll maybe see a self-conscious irony on the film’s part: a canceled future told as a giant pastiche. But never winking about it while also never being too self-serious is a bit of an accomplishment and helps it feel like a dusty, post-Philip K. Dick sci-fi paperback you’d find at a used bookstore. The film may depict nostalgia going too far, but its own mix is just right enough.

Reminiscence is now in theaters and on HBO Max.