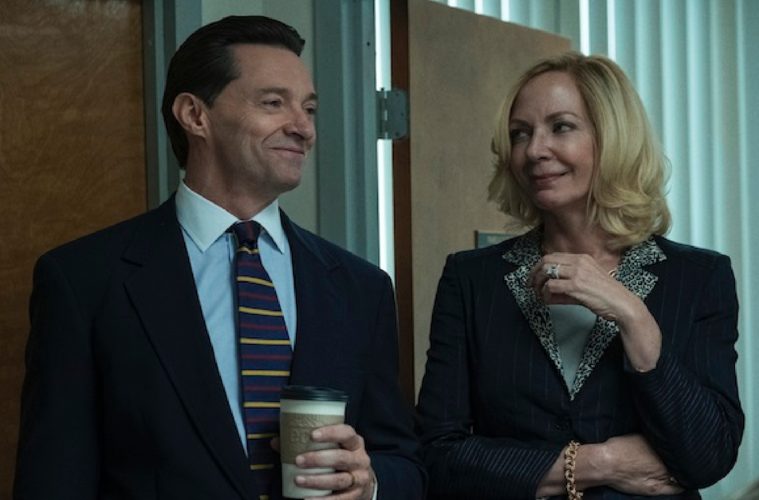 Soon after its TIFF premiere, following rave reviews, Bad Education was picked up by HBO, resulting in it skipping a theatrical release and arriving straight to their channel and streaming platforms. While many were sad that this news meant the film’s profile may have been lessened, it turned out to be a blessing in disguise as it’s now become one of the most high-profile releases of a spare month. Arriving on April 25, HBO has now released a new trailer.

Set in the early 2000s, it follows an $11 million-dollar embezzlement high school scandal that rocked the Long Island community of Roslyn. Written by Mike Makowsky, who attended the school there when it happened, the film stars Hugh Jackman as superintendent Frank Tassone, and direction comes from Cory Finley in his follow-up to Thoroughbreds.

Jared Mobarak said in his review, “While those familiar with the real-life story will know what happens next, Finley and Makowsky do a great job keeping those who don’t in the dark. Rumors and assumptions are difficult to ignore as far as who might be involved and what unrelated secrets about them might still be uncovered, but the breadth of these always proves so much crazier than expected.”

Directed by Cory Finley and based on a true story, a student reporter starts to trace embezzlement at the Roslyn School District, in Long Island after the assistant superintendent makes a crucial mistake that hints at corruption that spans over a decade. Dr. Frank Tassone, played by Hugh Jackman serves as the superintendent of the district that he led to be the fourth best in the country. He’s forced to deal with the fallout of this scandal and attempts to protect others— and himself.