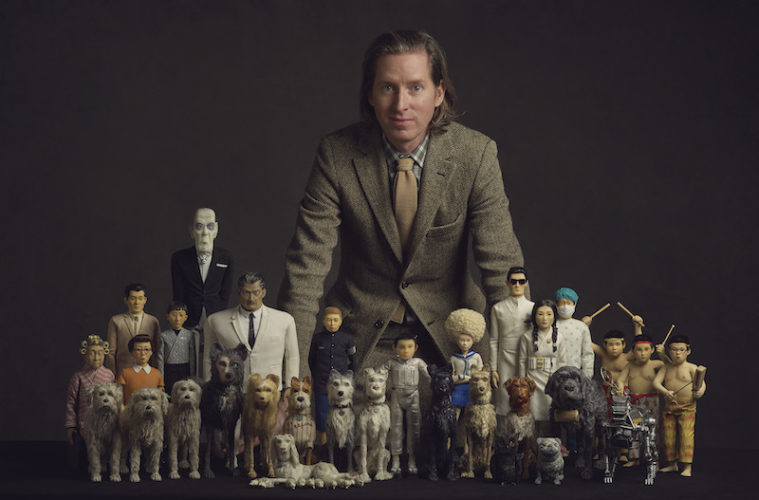 Yes, you could spend your holiday in the company of family and friends. But wouldn’t you rather curl up with a new book centered on cinema? There are new options aplenty, but let’s start with the latest from one of the most insightful, compelling voices we have: the great Karina Longworth.

Is there more to say about Howard Hughes after decades of biographies and films? Indeed, and the latest from Longworth, the host of the essential podcast You Must Remember This, is evidence. The focus in Seduction is not only Hughes himself, but the many women in the mega-tycoon’s orbit. These include household names like Katharine Hepburn but also figures like silent star Billie Dove and Mighty Joe Young star Terry Moore. Longworth brings these women to vivid life, and captures the absurdity of Hughes’s universe. The final years, especially, are unforgettably described by the author, one of the finest currently writing on cinema (or anything else): “He barely ate; it would regularly take him eight hours to finish a can of soup. The nourishment of food couldn’t compete with the fulfillment he got from the same source that had been providing it for him for decades: Hollywood movies, starring Hollywood women.”

With still a few weeks of releases to go, it’s hard to say if Damien Chazelle’s First Man is the year’s most overlooked prestige picture, but one can make the argument that the Ryan Gosling-starring biography of Neil Armstrong deserved a greater reception from audiences when it debuted this past October. It also deserved this proper screenplay release from Titan Books, which gives one an entirely different experience of this journey to space. In addition to the script, the book also includes notes from screenwriters Josh Singer and James R. Hansen, and plenty of stills.

A Star Is Born: Judy Garland and the Film That Got Away by Lorna Luft and Jeffrey Vance (Running Press)

Who better to explain the tangled history of 1954’s A Star Is Born than Lorna Luft, the daughter of star Judy Garland? With co-author Jeffrey Vance, she explains why the film’s production was so difficult, and also why it was such a crushing disappointment to her mother. (It was a financial failure, and did not bring Garland the Oscar she’d longed for.) Luft also shares why Star has always been “an upset experience” for her: “The film’s story, and its underlying message about fame and addiction, hits too close to home. The massive disappointment of the film at the time hardened my mother’s heart about Hollywood.” Happily, the years have been kind to A Star Is Born. And with the gargantuan success of Bradley Cooper’s remake, it’s a fine time to explore the power of George Cukor’s version.

One of the most delightful literary creations of the past few years are the ongoing Wes Anderson Collection books from Abrams: hardcover, gorgeously designed texts that include interviews, analysis, and production anecdotes. The latest, on Anderson’s Isle of Dogs, is every bit as insightful as the first three volumes. Of particular interest are the behind-the-scenes shots of the stop-motion animated production, as well as a lengthy chat with Anderson and co-writers Roman Coppola and Jason Schwartzman. Along with a discussion of process and influences, Coppola makes a shocking revelation: “I prefer cats.” Well then!

I’m not sure there’s a more engaging host than Alicia Malone, the delightful author known for her work on Turner Classic Movies and the dearly departed FilmStruck. Her latest book, The Female Gaze, is a passionate, tremendously enjoyable exploration of milestone films made by women. In addition to Malone’s writing style, what makes Gaze stand out is its sheer variety–not just writing on canonical classics like Cleo from 5 to 7 and Jeanne Dielman, 23 Commerce Quay, 1080 Brussels, but The Lure and The Babadook as well. Wonderful writers/critics like Farran Smith Nehme, Jen Yamato, and Danielle Solzman also contribute essays.

To paraphrase a young Anakin Skywalker, now this is an owners’ manual. Insight Editions goes deep — schematics of a hyperdrive engine deep — to explain the inner workings of the Millennium Falcon. The result is fascinatingly detailed and surprisingly fun. Note also that the book includes every film featuring the Falcon, from A New Hope to Solo. Finally, a clear view of Lando Calrissian’s custom bar!

Best Movies of the 80s by Helen O’Hara (Portable Press)

I’m always on the look-out for books I can someday pass on to my kids for some film history background, and Best Movies of the 80s is an ideal choice. This chronological breakdown of each year of the decade is short on surprises (don’t expect, say, Dead Ringers or Diva), but heavy on the fun factor. There’s also solid insight from author Helen O’Hara on the likes of The Thing and Heathers.

Tintin: The Art of Hergé by Michael Daubert (Abrams)

When my now-eight-year-old son was a newborn, I decided to buy some of Hergé’s Tintin comics, and every so often we revisit the young reporter’s globetrotting adventures. We’ll do the same in future with Tintin: The Art of Hergé, a weighty celebration of ninety years of the character. Filled with biographical details about the author (including some of his other works), early sketches, and pages from the comics, this is a visually sumptuous book–one fans will be poring over happily for years to come.

Monsters of the Week: The Complete Critical Companion to The X-Files by Zack Handlen and Todd Vanderwerff (Abrams)

Monsters of the Week is the essential guide casual X-Files viewers have been waiting for. For this is an epic, episode-by-episode study from the very start through both films and the latest season. The authors, both AV Club vets, write in a lively, often hilarious manner. Their conversational tone makes Monsters a genuinely gripping read; I love Handlen’s diagnosis of the first Files feature: “Fight the Future sprang more out of brand extension than creative necessity, so … it’s hard to get tremendously excited about the result. But it absolutely could’ve been worse.”

Ad Nauseam: Newsprint Nightmares From the 1980s by Michael Gingold (1984)

If you long for the days of opening up a newspaper and discovering oodles of ads promoting upcoming films, Ad Nauseam is for you. While the ads herein are mostly for genre films (Terror Train, Funeral Home, Legend of the Bayou), there are also some higher profile selections like Angel Heart and The Fly. There is so much creativity and artistic excellence to savor in these ads, and the text by Michael Gingold is note-perfect.

There simply could not be a more Beastie Boys book than, err, Beastie Boys Book. This 500-plus page collection of memories from Mike D and Ad Rock, vintage photos, contributions from the likes of Spike Jonze and Colson Whitehead, and truly epic mixtape playlists captures the soul and spirit of the band. The book is also laugh-out-loud funny and, when remembering the late Adam Yauch, a little sad. It adds up to one of 2018’s essential releases.

Insight’s Power Rangers: The Ultimate Visual History is a shockingly exhaustive trip through every era of Ranger-ia. And even if one is a non-fan (right here!), the book is a grabber. The early days of the series are probably most interesting, but authors Revenson and Zahed spend pretty significant time on every single incarnation, right up to the 2017 film.

Ray Harryhausen is a film legend whose name is practically a genre. We know what’s coming from a “Harryhausen” effort: elaborate, hand-crafted creatures and epic battles. It makes sense that the poster art for films like 20 Million Miles to Earth and, of course, Jason and the Argonauts would be classics. Paging through them here is a treat, just like the films themselves.

John Eaves is not a household name, but for Star Trek fans, it should be. As this book shows, the artist has defined the look and feel of modern Trek. From the dreary Star Trek V: The Final Frontier through the J.J. Abrams reboot and series like Discovery, his work is bold and unique. It’s a joy to see how Eaves’s concepts have evolved.

Star Wars Icons: Han Solo is described as “the definitive book for Han Solo fans,” and my goodness, that’s an accurate assessment. This hardcover look at every appearance, right down to the comics and Expanded Universe, is wonderfully readable and beautifully designed. What makes Icons especially nice are the new interviews with figures like Harrison Ford, Peter Mayhew, Mark Hamill, Billy Dee Williams, Alden Ehrenreich, and Lawrence and Jonathan Kasdan.

“I grew up in the 1980s, and despite what Stranger Things would have you believe, in those days, Dungeons & Dragons wasn’t cool.” So writes Joe Manganiello in his forward to Art and Arcana. As he explains, and the book demonstrates, “[t]hat nerdy, basement game for weirdos and ‘Satanists’ has somehow become both mainstream and prestigious.” Indeed it has, and this visual history, featuring more than 700 pieces of artwork, is the logical next step. It delves into the history of the game and its characters, and also breaks down how and why it took the world by storm.

Hal Ashby is deservingly back in the spotlight, to some degree, with the recent documentary Hal and the Criterion release of one of his most entertaining films, 1975’s Shampoo. The Warren Beatty-Julie Christie starrer has needed this transfer for years — the film has never looked better — and the disc also includes an insightful essay from Frank Rich, and even better, a conversation between Rich and Mark Harris. The greatest pleasure here, though, remains the sight of Beatty at the peak of his sex-god powers.