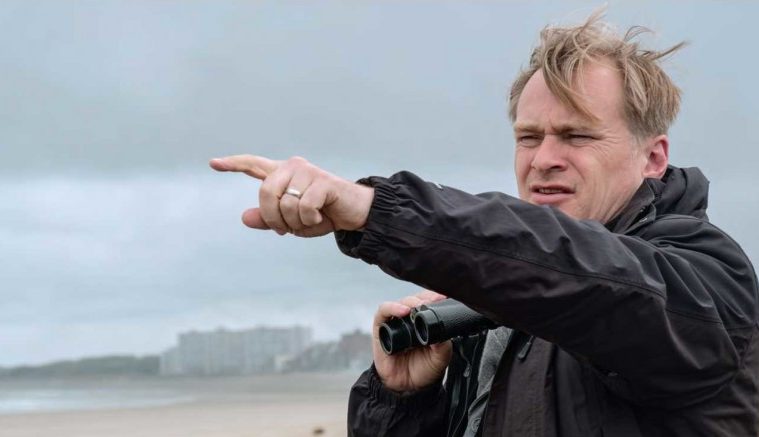 It’s time to catch up with some of the most interesting cinema-centric books of the last few months, and it’s a diverse list. There’s some Lego, some Nolan, some Star Wars (of course), and even some vintage Stan Brakhage. That’s range.

Off the Cliff: Making of Thelma & Louise by Becky Aikman (Penguin Press)

The career of Ridley Scott is full of peaks and valleys. One of the peaks was the release of Thelma & Louise in 1991. The cultural impact of this story of two female outlaws cannot be overstated, and Becky Aikman’s account of the making of the film helps explain why. Thelma & Louise involved a unique cast of characters, including stars Susan Sarandon and Geena Davis, as well as a young hunk named Brad Pitt. But the most memorable figures here are Scott, who knew his career needed a change but could not originally see himself making a movie “about women talking about guys and what assholes guys can be,” and screenwriter Callie Khouri, who “liked going to the movies but hated most of what she saw.” Off the Cliff is wonderfully readable, and a reminder of how much society craves great films centered around women.

The latest Star Wars books include On the Front Lines, which is, essentially, a history book centered around Wars’ battles. It tackles these fights — from the Battle of Naboo to the Battle of Starkiller Base — with utter seriousness. But that’s what makes the book so fun. Beautifully illustrated, it’s a handsome, clever trek through all eight films. And Battlefront II: Inferno Squad is a fun, quick read set between Rogue One and A New Hope. Fans of EA’s Battlefront game series should find it a nice addition to the Star Wars canon.

The Art of the Film: Valerian and the City of a Thousand Planets by Mark Salisbury (Titan Books)

Ah, Valerian. It’s hard not to feel some affection for Luc Besson’s disastrous would-be franchise-starter. Consider the design of the film, which is nearly as accomplished as the look of The Fifth Element. Whatever one thinks of the Dane DeHaan-Cara Delevingne relationship, its visuals must be acknowledged. Hence, The Art of the Film from Titan Books. The concept art is a delight; even the main duo’s spacesuits, which don’t stand out much onscreen, inspire appreciation. However, let’s keep the look of Ethan Hawke’s pimp out of this.

The Making of Dunkirk by James Mottram (Insight Editions)

Christopher Nolan’s Dunkirk deserved a handsome behind-the-scenes book, and here it is — The Making of Dunkirk, from Insight Editions. The stills are plentiful, and yes, plenty feature Harry Styles. But the on-set photography and accompanying text is what makes this so fascinating. Much of the film, of course, was shot on water, and that carries with it a number of issues. One of The Making of’s finest sections deals with this element of the production, and includes this great tidbit from first assistant director Nilo Otero: “One of the first things I said was, ‘Where are we going to do the water stuff?’ Chris said, ‘I really want to do it on the Channel.’” Otero told Nolan the experience would be “horrible,” but they battled the Channel anyway. If you’ve seen Dunkirk, you know the production difficulties were worth it.

If you know a kid who has Lego Ninjago toys, he or she probably saw and loved The Lego Ninjago Movie. (My 7-year-old immediately declared it  the “best movie ever made.”) But the story of young Lloyd Garmadon, his evil father, and his ninja pals did not cross over into the mainstream like The Lego Movie and The Lego Batman Movie. Still, the it was as fast and funny as the earlier brick flicks, and it even had a Locke joke. (Seriously!) The Essential Guide is another handsome, photo-heavy, info-packed treat from DK. It certainly makes one appreciate the stunning attention to detail in the film, as well as some of the gags. (My favorites involve Lord Garmadon’s rightfully nervous Shark Army.)

Avant-garde filmmaker Stan Brakhage’s Metaphors on Vision has long been out of print. But the book, originally a special issue of Film Culture, has been reissued by Anthology Film Archives, and has never looked better. Filled with interviews and stunningly designed, this is one of 2017’s most essential texts. It is a “beautiful and strange object,” as the book’s French introduction called it, that is now easier to read thanks to the corrected text. It is also carefully annotated. Most impressively, this fitting textual tribute to one of the artist’s greatest works is highlighted by his own words.

Failure is infinitely more fascinating than success. That’s good news for Lights, Camera, Game Over, since the majority of films based on video games have been colossal failures. Author Luke Owen breaks down the creation and unmaking of films like Super Mario Bros. and Wing Commander. While it might not be necessary to discuss, say, Pixels, it is still fun to ponder what made such a film once seem promising.

The Criterion Collection DVD of Alex Cox’s Sid & Nancy has been out of print for some time. The news that Criterion was releasing a new Blu-ray of the doomed romance between Sex Pistol Sid Vicious and Nancy Spungen was cause for celebration. Indeed, the film has never looked or sounded better; from Roger Deakins’ cinematography to the soundtrack highlighted by Joe Strummer’s “Love Kills,” this is the version of Sid & Nancy fans have been waiting for. What also stands out are the supplements. England’s Dreaming author Jon Savage contributes a fine essay, and commentary tracks feature Gary Oldman, Chloe Webb, and Cox (among others). The two tracks were recorded in 1994 and 2001, but they are entertaining and insightful. It’a especially fun to hear Cox point out a young Deakins filming the infamous “My Way” sequence, and hearing Cox and actor Andre Schofield argue over whether London is “shite.”