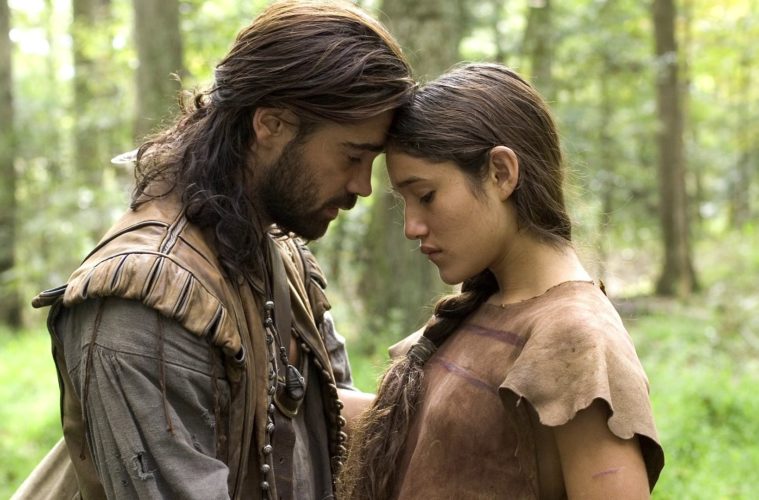 Terrence Malick is a filmmaker who has always valued photogenic artistry over narrative thrust, content to let his stories and characters wash over the audience like a crashing wave. There are few directors who indulge in such visual splendor, his creative aphorism seemingly being beauty for the sake of beauty. For Lubezki’s first collaboration with the director, The New World, it was also an opportunity for him to shoot (at least partially) on 65mm. The film is a lucid historical drama depicting the relationship between Captain John Smith and Pocahontas at the forming of the Jamestown Colony. What results is graceful and hypnotic-like images found in a rusted and long-forgotten time capsule. Working as a team, Malick and Lubezki formed a series of rules for their photography, which they referred to as “the dogma.” Among the rules — which, according to American Cinematographer, include employing natural light and avoiding lens flares and primary colors in the frame — the most important for Lubezki is to never underexpose their images. “We want the blacks. We don’t like milky images.” – Tony H.

“This collection of the works of America’s legendary first African-American filmmakers is the only one of its kind. Funded in part by a highly successful Kickstarter campaign, the packaged set includes no fewer than a dozen feature-length films and nearly twice as many shorts and rare fragments. Subject matter includes race issues that went unaddressed by Hollywood for decades,” Kino Lorber notes. Featuring films from Richard Norman, Richard Maurice, Spencer Williams, and Oscar Micheaux, it contains over 15 hours of newly restored selections.

Top Deal: The Criterion Collection is currently 50% off at Barnes & Noble this month.