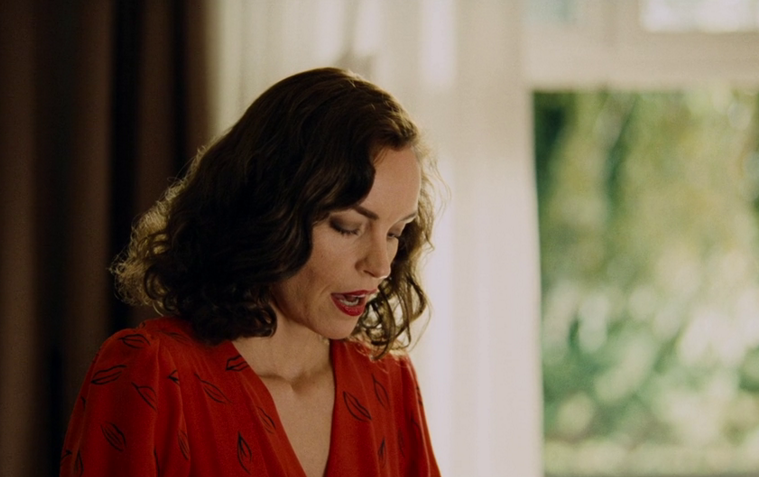 After a chance meeting on a train platform, a married doctor (Trevor Howard) and a suburban housewife (Celia Johnson) begin a muted but passionate, and ultimately doomed, love affair. With its evocatively fog-enshrouded setting, swooning Rachmaninoff score, and pair of remarkable performances (Johnson was nominated for an Oscar), this film, directed by David Lean and based on Noël Coward’s play Still Life deftly explores the thrill, pain, and tenderness of an illicit romance, and has influenced many a cinematic brief encounter since its release. – Criterion.com

There are at least three moments in the stunning, unforgettable post-World War II film Phoenix that will quite literally take your breath away. Two occur near the midpoint of director Christian Petzold’s story of a concentration camp survivor’s attempt to reconnect with the (non-Jewish) husband who believes she is dead and learn whether he betrayed her to the Nazis. Another is the film’s overwhelmingly emotional final scene. When the latter moment occurs, the greatness of Petzold’s achievement is cemented. Phoenix is one of 2015’s finest films and a gloriously complex conversation-starter. Its focus on the intersection of identity and memory brings to mind a number of very good films, from Hitchcock’s Vertigo to Almodovar’s The Skin I Live In, but this tackles the concept with its own ingenuity, emotion, and verve. For stars Nina Hoss, Ronald Zehrfeld, and Nina Kunzendorf, Phoenix is a triumph. And for director and co-writer Petzold (here scripting alongside the late Harun Farocki), it is a masterpiece, one that elevates him to the upper echelon of international filmmaking. – Christopher S.

Kelly Reichardt’s River of Grass is a “lovers on the run” film, but the main characters aren’t lovers, and their version of the lam is spending a few days at a flop-house in an adjacent zip code. Originally released in 1994, Reichardt’s debut is a digressive walkabout into a world of delayed responsibility and halted potential. It’s a story that’s perfectly aligns with the mythic Americana themes that have emerged over Reichardt’s career, while also feeling formally radical. Re-released this year through a Kickstarter from Oscilloscope Laboratories, River of Grass isn’t able to reach the peaks of Reichardt’s later monumental work, but it’s educational in mapping out her concerns as a filmmaker, and a stirring reminder of her abilities as a visual stylist. – Michael S. (full review)

Emotionally devastating and profoundly moving without ever being soft or cheap, László Nemes’ Son of Saul is a tour de force that puts many Holocaust-set films to shame. In no way shying away from the horror, Nemes actually enhances the atrocities by closing in and making this the personal document of a man waging a war for his own soul amidst a living nightmare. Shot almost entirely in close-ups so tight that we appear to be constantly staring into Géza Röhrig’s weary, guilty eyes, Son shears away easy sentiment in favor of looking through the chinks of this swelling darkness to find some hidden stores of compassion and feeling. The journey is neither easy for him to endure nor easy for the casual viewer to digest, but Nemes, in his first foray behind the camera, shows us the Holocaust in a way we’ve never seen it before: almost directly through the eyes of someone who is desperate to atone for his part. For this reviewer, it’s the most emotionally affecting cinematic experience of 2015. – Nathan B.