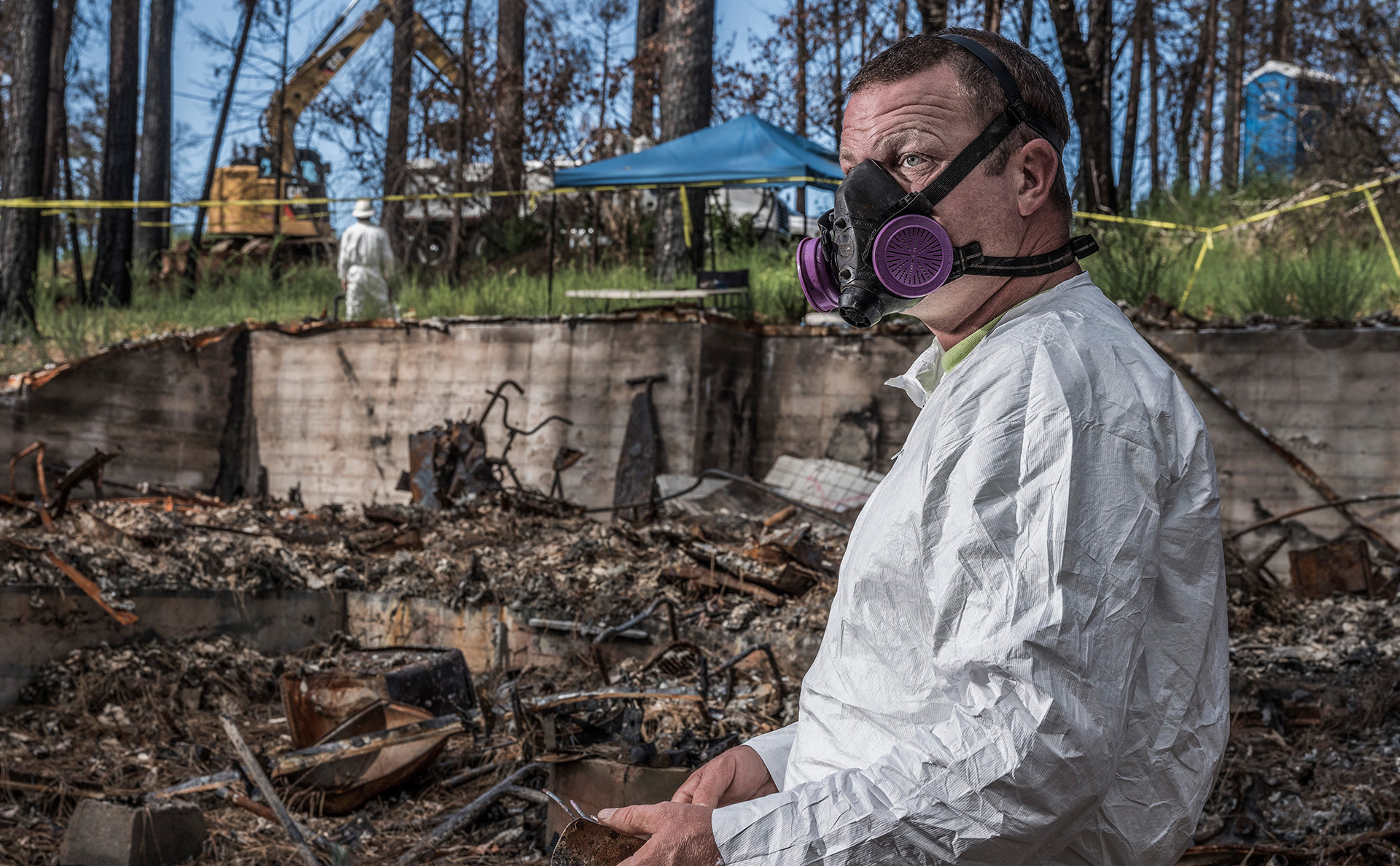 As someone residing as far from wildfire country California as possible here in snowy Buffalo, Butte County’s town of Paradise brought two things to mind: the utter devastation suffered on November 8, 2018 and Donald Trump’s callous chuckle upon discovering he couldn’t even muster the empathy necessary to correctly identify the home of the survivors he was meant to console. Director Ron Howard talks about this phenomenon during his post-screening Q&A, describing it as one of the main reasons he sent a film crew as soon as possible to embed themselves and document the aftermath. We’re constantly asked to consume so much tragedy that it’s difficult to truly care beyond the spectacle of those initial moments. We move along to the next thing when their real work begins.

Howard’s documentary Rebuilding Paradise was therefore created as a means to bring our attention back to what occurred so we may learn why it happened, whether a repeat is avoidable, and how hard the citizens fought to reclaim the only home many had ever known. In a perfect world, Howard would utilize an eight-part miniseries to fully delve into climate change, negligence on behalf of Pacific Gas & Electric, expository research portraying how the town’s decade-long process to mitigate the damage of such disasters was no match for this “perfect storm” of ruin, and ample time with impacted citizens to access the evolution of their anxiety and perseverance. Instead, we receive a ninety-minute summary that tables those ambitions for a somewhat superficial introduction proving more tribute than exposé.

I don’t mean to belittle the power of what the former is capable of wielding. Howard’s ability to give these people a voice shouldn’t be underestimated. He literally puts us in the middle of the chaos thanks to police car dash-cam recordings and cellphone videos that reveal the poster image isn’t mere metaphor—that vintage town sign is actually seen burning as one family crosses the border to safety. It’s the type of harrowing footage accompanied by tears and fear to get us invested in this community’s plight straight away and keep our investment upon following behind a handful of them as they cope with their loss. Because of the aforementioned (and ever-present) ambitions, however, we’re never quite able to individually engage with them as more than statistics.

There’s simply too much information and nowhere near enough time to provide the room it all deserves. Much like how the fire hops around fields left barren by loggers long ago (a pyrogeographer gives cursory background into this firestorm’s advanced speed), the film’s focus jumps back and forth from personal stories to bureaucratic nightmares to communal healing. It wants us to care about specific subjects (a police officer and a school superintendent) by foreshadowing the personal pain they’ll inevitably endure at home beyond their obligations to the community as a whole, but we’re not allowed to watch that suffering’s evolution. Howard uses them to further the town’s story above their own and yet still tries to bring things back to them later as though we watched those journeys.

Don’t single them out at all at that point. We meet a couple of other families going through similar struggles of their own with a much more detached presence and it works. They’re presented as casualties worth hearing from and revisiting with an objective lens since the subjective one used on the town is enough for us to care about their place within the bigger picture. The moment Howard gets too close to Matt Gates and Michelle John, however, is the moment focus fractures. Suddenly they’re important in isolation … and then they’re not … until they are again. Because we’re never sure whether he’s using Gates, John, and their respective families as cogs or centerpieces, the emotional beats striving so hard for the latter ultimately fall flat.

Finding the right balance isn’t easy. Look no further than Carly Ingersoll, a woman who’s also singled out like Gates and John before being completely forgotten. It’s probably because she didn’t suffer a secondary tragedy like them to force an abrupt return, but that just highlights the problem. You either give the characters the space to exist outside of the complete destruction of their town or you work to ensure that their lives don’t end up competing with that broader topic. At times Rebuilding Paradise feels as though a version was made where Howard and company do the former, but they had to whittle things down and proved unable to present what was left with the common goal of keeping the town our primary interest instead.

So while the final result is a worthwhile endeavor that does shine a light on a moment holding ample contextual relevance to so many probable catastrophes (Howard ends the film with a montage of the many dire situations with a direct connection to climate change that have popped up around the world since), the diameter of its beam is much narrower than you might hope. It’s the type of human-interest story that touches upon the surface of what occurred in a way that hits audiences emotionally without actually saying much. A cathartic journey for those involved, its premise that life carries on almost contradicts the very real danger that Paradise should instill change against. Howard glosses over that cautionary tale potential for vacuum-chambered hope—commendable yet sadly incomplete.