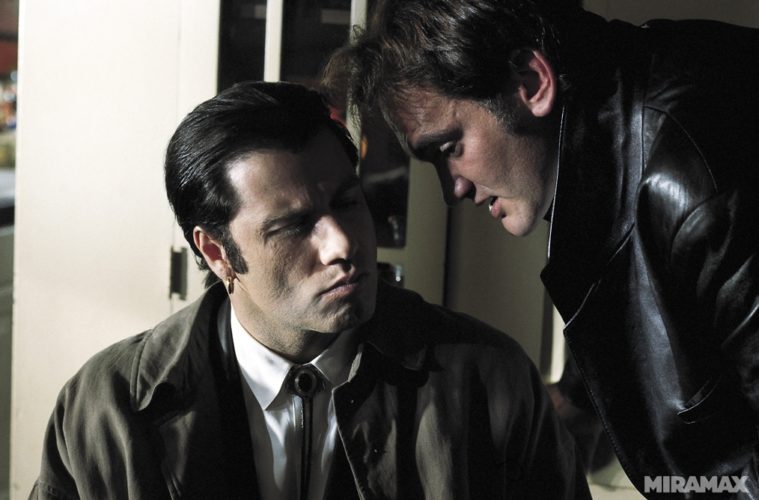 There’s few things more unnecessary and vapid than the various trades rushing to be the first to gather a short list of actors being considered for the latest blockbuster. With the final product sight unseen, there’s no intelligent conversation that can be had regarding who is the best selection, who will fit the part, etc. However, when it comes to beloved films, it’s intriguing to look back years later and wonder how things could’ve been different.

Today, over twenty years after its initial release, we have the opportunity to do so for Quentin Tarantino‘s Pulp Fiction. Offered up on Reddit, with no mention of where it originated — although a strong guess would be part of a draft Tarantino sent to Harvey Weinstein — it presents a fascinating alternate reality of endless possibilities.

While there’s a variety of names for each main player, some of Tarantino’s actual top choices and possibilities are intriguing: it’s strange to imagine Johnny Depp as Pumpkin and Nicolas Cage as Lance (with John Cusack nearly nabbing it), as well as the various names for Vincent. It’s been well-publicized that Michael Madsen, who Tarantino wrote the character for, had to turn it down due to his Wyatt Earp commitment, but can one imagine Alec Baldwin, Michael Keaton or Gary Oldman in the role that would revitalize John Travolta‘s career?

The various combinations are an endless rabbit hole of what-ifs, and proves that the director has had his eye on Jennifer Jason Leigh for much longer than just The Hateful Eight casting process. Check it out below, and with a hat tip to /Film, see some detective work for the role of “The Wolf,” as well as the pre-approved names from the studio.

Could you imagine Pulp Fiction with any of the mentioned actors?