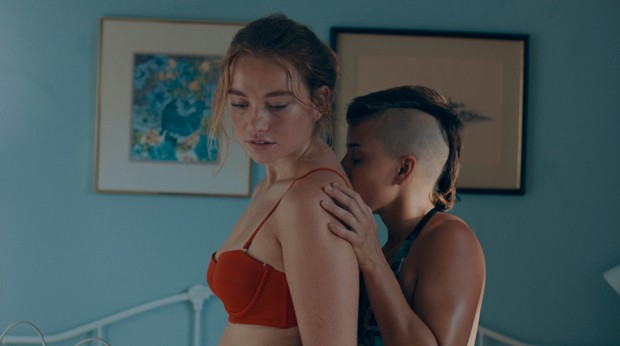 ‘Princess Cyd’ Trailer: Meet One of 2017’s Most Beautiful Films

There are few directors working today that love their characters more than Stephen Cone. After reaching a wider audience with one of 2015’s best films, Henry Gamble’s Birthday Party, he’s returning this year with Princess Cyd. Following a 16-year-old’s summer in Chicago, where she clashes and connects with her aunt and learns more about her own sexuality and faith, the first trailer has landed. Also, if you’re in NYC and have yet to see Cone’s film, a retrospective will be held at the Museum of Moving Image from November 3-12.

In a rare A-grade review for Princess Cyd, we said, “Watching his films, one gets a sense that he doesn’t use the medium simply to tell stories but to exercise his curiosity and discover the things that make us human. In the hands of another filmmaker, Princess Cyd‘s two leads would’ve been pitted against each other and engaged in battle until a facile discovery in the denouement made them realize how much they had in common and led to a warm reconciliation. But not in Cone’s film, perhaps for the very notion that no one else is interested in telling the stories of characters such as these — perhaps because no one else can.”

16-year-old Cyd (Jessie Pinnick) decides to take a break from her depressive single father and spend a summer in Chicago with her aunt Miranda (Rebecca Spence), a well-known novelist. Soon after her arrival, Cyd encounters Katie (Malic White), a young barista behind the counter. The two make plans to meet up after Katie’s shift and a new, charged relationship begins. The Chicago landscape expands, and we navigate intimate and fragile moments between Cyd and Katie as they explore their new attraction. Miranda functions as a counterpart to young Cyd’s new explorations of sexuality and love, and as the summer continues they develop a strong relationship founded on a shared openness and healthy criticism of particular personal moments.

Sensitive to the contradictions and confusion of the ever-changing self, Stephen Cone has created a film that reimagines that distinct summer feeling when adolescence creeps in, skin is bared, emotions emerge, and everything begins to feel more complicated. Princess Cyd opens on November 3 in NY and Chicago and December 1 in LA.