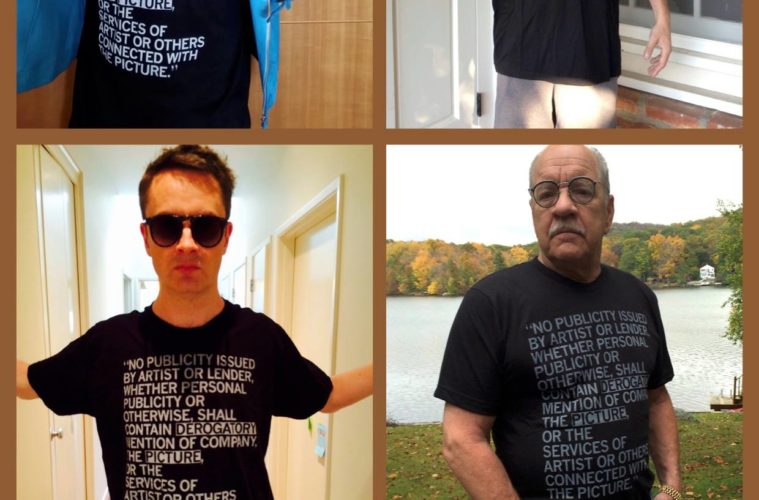 One of the oldest clichés in the book would have us believe every picture is worth a thousand words. On Facebook, the typically verbose Paul Schrader has posted one limiting himself, Nicolas Cage, Anton Yelchin, and Nicolas Winding Refn to only 31. “We lost the battle” then begins a longer and franker note clarifying that his next film, Dying of the Light — starring those two actors and executive-produced by the Danish helmer — “was taken away from me, redited, scored and mixed without my imput [sic].”

I wish it were some kind of surprise. It doesn’t take an experienced nose to smell the bullshit in a recent report on its troubled post-production, seemingly a classic case of producers exploiting various contractual clauses and stipulations — one that’s hardly a first-time experience for Schrader, anyway. (Here’s a juxtaposition of quote and personal title that, intended or not, summarizes almost this entire thing: “‘[We] and the distributor saw the cut and believed there was a better movie there,’ says [Gary A.] Hirsch, a longtime entertainment lawyer, acquisitions and business affairs exec who made his producing debut on the film.”) Then there’s the visible evidence. Almost any set of circumstances wouldn’t change it being no more than marketing material likely handed off to a firm somewhere separate from creatives, yet Light‘s first trailer promised the movie its creatives were hoping to avoid.

Do we have the full story, maybe a long magazine profile where every nook and cranny of what’s likely a knotty process is explained with some nice quotes? Well, no, despite how loudly the Variety profile spoke. But regardless of however the film would fare in its originally intended form, there’s little option outside a solidarity with the artists; those who take the other path are part of the problem. And as one who is neither an artist nor lender involved with Dying of the Light, I’ll speak for both myself and the majority of those without any proper platform: Scott Clayton, Gary A. Hirsch, Todd Williams, and all responsible parties at TinRes Entertainment, Red Granite International, Grindstone, and Lionsgate should be ashamed of themselves. Will you boycott Dying of the Light?